Progressives have been progressing a lot lately, leaving Christians far behind. Humanism, once considered a secular ally of the Church in her attempt to improve human life, has gone wild and dark. Commitment to death is now mainstream, in the form of abortion, euthanasia and assisted suicide. We even promote cultural suicide. On February 25th this year, World Hijab Day was hosted at City Hall in Ottawa with the endorsement of city council. All women were encouraged to wear hijabs. Of course, our unswerving commitment to the separation of Church and State would prevent any similar endorsement of the Crucifix. Where do these tendencies come from?

They aren’t alone. The art world also puzzles Christians. Why is so much of mainstream art so ugly? Why is the human face so seldom represented, unless disfigured? Why do movies and computer games surpass one another in colourful dismemberment of human bodies and indignities done to them? Why, indeed, are so many people attacking their own faces with metal objects they leave embedded there and coating their bodies in ink?

Think of how often politicians are influenced by environmentalists who believe they can control the world’s climate, by “deep” ecologists who would like to reduce or eliminate the human population in favour of animals, by gender benders who want to do away with male and female, and transhumanists whose program is to abolish us all in favour of some biomedically or genetically or cybernetically enhanced being of their creation?

That tame and friendly humanism we used to pat on its pagan head as a well-meaning junior partner in Christian social outreach has quit the scene. Its name has been taken over by malignant, aggressive movements that are professed enemies of the Church.

The easy thing is to dismiss these new developments as aberrations. We strive to classify them as the work of comic or pathetic misfits. Yes, by some evil quirk, they seem to have the ear of media and politicians. But, we say, their moment will pass; common sense will reassert itself; the pendulum in which we long to believe will swing back. 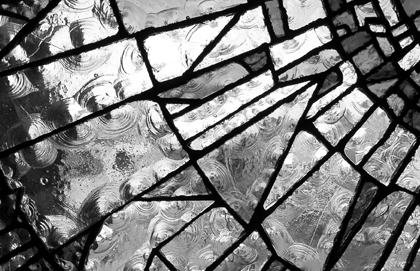 Sadly, there is no such pendulum. The aberrants are mainstream and so not really aberrant, at least in the statistical sense of the term. They are the latest stage of what the philosopher Rémi Brague calls “the modern project,” a post-Christian conception of us and nature with its roots in the wild hopes and enthusiasms unleashed by the scientific revolution of the 17th century. The history of this modern project is something we Christians will need to master if we wish to think intelligently about the new (anti-)humanism and especially if we intend to engage it in argument.

The modern project begins 400 years ago with the new experimentalism of Francis Bacon and the rational mathematics of René Descartes. That is when science turned its back on history and contemplative wisdom in pursuit of progress and utility. Descartes captured its Faustian character when he foresaw that it would make us “like masters and possessors of nature.” By the 18th century, the aim was no longer just to be men like gods. It was to supplant God and reign in his place. Hence Brague’s title, The Reign of Man (Le règne de l’homme).

By the 19th century, it was fashionable to look at all of human history as an experiment, or as the totality of what John Stuart Mill called “experiments in living.” Mill advised us to experiment boldly with our lives. Unsparing Darwinian forces, he knew, would determine which of our experiments were a success, and later generations would take our outcome into account in launching life experiments of their own.

John Doe, today’s man on the street, is probably not very articulate about all this, but it is what he has been taught to believe. He will not typically be aware of his debt to John Stuart Mill or of Mill’s place within the modern project; but his mind will be entirely “open” to what he probably calls lifestyles, and his verdict on every one of them will be “whatever.” In so judging, he will count himself wise.

Of course, he isn’t. He is far behind the wave. In the late 20th century, history itself was weighed and found wanting. Darwinian principles were all right as far as they went. After all, they produced our glorious selves. However, the keen wits of recent decades have perceived that we humans are all too human – limited, addled by religion, full of historic prejudices and illusions of dignity. The great age of freewheeling Baconian experimentalism arrived at the paradoxical conclusion that history itself had been a failed experiment. It was now time for human beings, or rather for the choice and master spirits among them, to centralize experimentation. They must take the reins of evolution in their own hands and produce a new race of beings as much superior to humans as humans are to monkeys. This is what all those environmentalists, “deep” ecologists, educationists, cyborg anthropologists, genetic engineers, post-genderists and transhumanists are talking about. All those strange people who appear with disquieting frequency in public life, who are often disconcerting in appearance and always anti-human in attitude, whom we would like to classify as comic or pathetic aberrants and set aside for the swinging pendulum to deal with: all of them will have to be dealt with by Christians acting on Christian principles. That is, by us.

So, we’ll need to know the history that produced them and gives them their persuasive power. It begins, in Brague’s masterful telling, with the pre-modern humanism I have above called “pagan.” From there, he explains how that humanist idea turned into the quest to dominate nature by natural science and finally morphed into the self-destructive project of dominating and transcending ourselves.

Brague’s may be the most thorough and illuminating telling of that story to date. It is now available in French only but would be worth publishing in English. Interested publishers should contact the author’s publisher, Editions Gallimard, directly.

The Personhood of Liturgy

Reading the new edition of Dietrich von Hildebrand's classic Liturgy and Personality, reviewer Rebekah Ann Lamb writes, reminds us why the language of Christian love is also the language of objective truth.

Conscience Versus the Spirit of the Age

In this text of his address to the annual Red Mass dinner hosted by the Thomas More Lawyers' Guild of Toronto in October 2014, federal Minister of Employment and Social Development Jason Kenney calls on assembled lawyers to defend conscience rights as a bulwark against the spirit of the age running roughshod over us