Although both thoughtful commentators and the noisy mob have moved on from the Rachael Harder imbroglio, it’s worth considering it once more for what was left unsaid.

What the silence points to goes far beyond the inanity and the injustice of the event. It says something deeply troubling about how we now think as a matter of increasingly ingrained habit.

Harder, of course, is the southern Alberta MP whose nomination as chair of the House of Commons Standing Committee on the Status of Women was blocked by Liberal and NDP members. They had no quarrel with her being a Conservative. They would not abide her being openly pro-life.

There was a staged walk out at the initial committee meeting. Further finagling resulted in another Conservative MP, who insisted she didn’t even want the position, being obliged to serve as chair.

Among the thoughtful voices responding to such shenanigans, my Cardus colleagues Ray Pennings and Andrea Mrozek wrote eloquently on the two most important aspects. Pennings, on our Convivium.ca site, got to the heart of the Parliamentary and democratic affronts. Mrozek, writing for Huffington Post, honed in on the paternalistic paradox of feminists denying a young woman the freedom to think, believe and act as she chooses.

The Globe and Mail also came through with a creditable tut-tutting editorial. John Robson, John Ivison and Andrew Coyne ably spoke up for the right side in the National Post. It was the latter, however, that twigged me to the deeper issue at stake. Without naming names, Coyne wrote that he had witnessed ­­– and I have no reason at all to doubt this – people making the argument “that nominating Harder for chair of status of women is like giving a Holocaust denier responsibility for promoting religious tolerance.”

Now, in current political point-counterpoint, the standard response to such a comparison is to say it gusts between grossly insulting and crudely offensive. What such a reaction leaves out is something simple but essential: the question “how.” 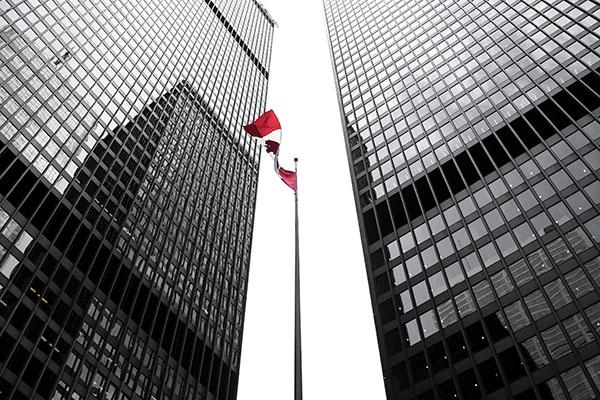 Intimations of Constitutional Crack Up?
What Changed was the World
Shadows and Light on Palliative Care
It’s guilt by disassociation: they are to be isolated from the normal association of, in this case, parliamentary life.

Not “how” as in the emotionally reactive: “How dare you say such a cruel thing, you bounder?” No, “how” as in the grammatical and logical sense: “How is a pro-life chair of the status of women committee like giving a Holocaust denier responsibility for promoting religious tolerance?”

Employing the simile “A is like B”, after all, requires establishing a specific relationship between the A and B. It requires specifying the qualities of A and B that make them comparable. “An unwashed gym sock is like a pot of boiled cabbage” is gibberish unless we know we’re talking about smell, colour, or some other definite characteristic.

Doubling the similes to create a logical proposition makes specificity of relationship indispensable. “Walking is like rocket ships as evolution is like revolution” has logical symmetry because it shares the concept of pace. “Pink is like rectangle as North is like cat” might actually be a line of poetry from an aspiring MFA writing student, but it has no place in sane conversation.

Yet here we have people presumably compos mentis enough to be judged worthy of interest from as fine a mind as Andrew Coyne’s, and they come with an explanation that is at least as zany. And apparently no one thinks to ask how the explanation possibly makes a particle of sense.

How so? Well, the answer, we all really know, is in, if not the actual silence, the unsaid. The unsaid can be unsaid because it can rely on the reduction of thought to technique. The technique is saying without saying anything at all.

No one actually uses the word “pariahs” to compare pro-lifers to Holocaust deniers. Doing so would require showing how they are comparable.  Why go to all that bother when the accusation implied but unsaid, when the question necessary but never asked, achieve the intended effect perfectly well on their own?

This goes far beyond the insult to Rachael Harder. It’s worse than an affront to parliamentary democracy. It’s a silent signaling of the loss of our capacity to think.