My friend Travis Smith, a Harvard educated political philosopher who has just published a wonderful book on super hero ethics, diagnoses our current malaise as an affliction of what he calls “wrong/bad” syndrome.

Every idea with which a given North American disagrees, Smith says, is instantaneously consigned to the category of “wrong” or “bad” or, the coup de grâce, “wrong and bad.” Once the status of “wrong and bad” is imposed, he notes, the offending idea becomes not only unspeakable but unthinkable.

The result, unintended though fully foreseeable, is not an outpouring of right and good replacement ideas. It’s the slow suffocation of the very possibility of political conversation, Smith says.

This week’s topical example is the treatment accorded Quebec Conservative MP Maxime Bernier, who is under fire for a series of tweets questioning the limits of diversity and multiculturalism. Actually, “under fire” understates it wildly. He has been infantilized to the level of a potty-mouthed five-year-old at the dinner table.

Party leader Andrew Scheer has been pressed into the role of paterfamilias by sending Bernier to the woodshed – i.e.,chastising him and possibly kicking him out of the Conservative caucus – for his wayward words.

The outstanding question, however, is whether the words were in fact wayward, and if so, why? Here is a veteran member of Parliament raising a matter of public policy which, it’s worth remembering, is what we pay MPs to do. Have we gone so far down the road of “wrong and bad” that even those elected to Parliament – literally the place of “speaking” – can no longer engage in possible political conversation? 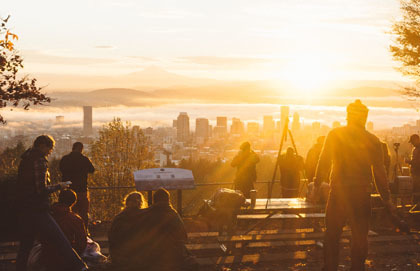 How Faith Fosters Civility
Andrew Scheer’s Fight and Flight
Publisher's Letter
Have we gone so far down the road of “wrong and bad” that even those elected to Parliament – literally the place of “speaking” – can no longer engage in possible political conversation?

Picking up from Travis Smith, what I would plead for is cessation of the “wrong/bad” response, which itself seems a function of our manic impulse to agree or disagree with everything. The recovery of the possibility of authentic political conversation, I’ve become convinced, requires a return to the state of calm where it’s recognized that agreement and disagreement are distant, final steps in the process.

Long before we get there, we must first of all be clear on what was said. What were the exact, actual words? Not: What are the words we can cherry pick for the benefit of self-serving interpretation? That’s just the feedback loop that sustains the agree-disagree/wrong-bad reflex. No. The words themselves. Plain and simple. Their order and, most importantly, their emphasis. What did the speaker or writer intend us to attend to in the actual words said or written?

From there, it’s an organic next step to evaluating the speaker's or writer’s meaning. What was said and what was meant can, as we’ve all experienced painfully in our own communications, diverge widely. The special grace afforded drunks and fools should also extend, at least on first pass, to those culpable of incompetent expression.

A critical constituent of exploring meaning, I firmly believe, is being open to the possibility of alternative meaning, intentional or otherwise. I do not mean “alternative meaning” as handy-dandy ammunition for rebuttal. Many years ago, I went to university with a guy whose debating style involved saying “you believe” and then re-stating everything I’d said according to what he needed me to say in order to finish with a flourish proving I was wrong. Of course, nothing he said I’d said was what I’d said, and none of the meaning he asserted I meant was even close to the meaning I intended. At first the process was amusing, then tiresome, then impossible, at least in any meaningful way. It became: Just win, baby!

But political conversation, and especially democratic conversation, is not, and can never be, just about winning. As American political thinker Mark Lilla observes in his recent book The Once and Future Liberal, obsession with purist victory is the hallmark of social movements. It is not the proper end of politics, which are about brokerage, consensus, and the seeking of broadly understood meaning.

In fact, Lilla argues, the primacy currently given to movements to define right and good/wrong and bad is almost singularly responsible for the near-impossibility of practicing democratic politics. Donald Trump’s presidency, he maintains, is the consequence of politics no longer meaning anything.

Meaning is, obviously, about truth, or at least the search for it. But as Lilla makes abundantly clear, in politics it is also about determining what is an important truth, and then casting a wide net to bring in applicable important truth. It is doubtless true, for example, that we would all be immediately happier in Heaven. Shy of the spontaneous eruption of the Rapture at 10:45 a.m. tomorrow, or universal suicide, it is not an applicable truth, and certainly not a truth amenable to public policy implementation.

So, when Maxime Bernier tweets concerns about the limits of diversity, the question we should press toward is how he would apply such limits. Before we get there, though, we need to ask if it’s true that he believes limits are needed and, a distinct question, whether there’s evidence we should believe to show “limits” are needed. Off the top, we must establish what he means by the words he’s expressed, including the intention of the word “limits.”

Do we do this? Increasingly, no. As Travis Smith rightly contends, our default has become wrong-bad in tripartite variation. And that’s good only if you believe that political suffocation is an applicable means to gaining happiness in Heaven.