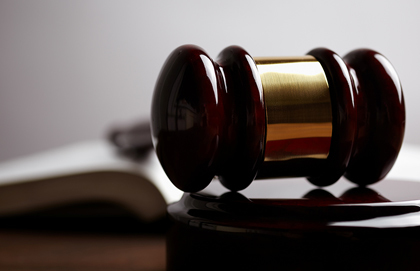 When ad Hominem Attacks Are All You Have July 8, 2016  |  By Albertos Polizogopoulos
Print

Last week, Ian Millhiser of ThinkProgress, a far-left publication, wrote a piece titled “The Stunning, Hilarious Hypocrisy of The Christian Right’s Top Legal Team.” In it Millhiser discusses two American organizations, the Heritage Foundation and the Alliance Defending Freedom (ADF), and how these organizations have, in his words, had an “abrupt shift in position on one of the most contentious issues in American constitutional law.” What Millhiser is speaking about here is neither a shift in position nor hypocritical, but rather is simply Heritage and ADF’s recognition and use of the current law. In his piece, Millhiser focuses on how Heritage and ADF have historically opposed and criticized the US Supreme Court’s decisions that have found a constitutional right to privacy. In particular, Millhiser notes Roe v. Wade, in which the court found that the US Constitution included a constitutional right to abortion, in part, because the Constitution included a right to privacy. Now, according to Millhiser, ADF has launched lawsuits opposing school policies which permit transgender people to use bathrooms and locker rooms that correspond to their gender identity. Heritage tweeted about the litigation. This series of facts, according to Millhiser, is evidence of the “Christian Right” being hilariously hypocritical because it has not changed its position on abortion. However, it is not hypocritical to rely on the law as it currently stands to advance the position you are trying to advance, even if you don’t agree with the law itself. In fact, that is what a good lawyer does. Surely “the Christian Right” should not ignore the fact that the US Supreme Court has found that the US Constitution includes a right to privacy. As a lawyer and advocate, it is my job to make the most compelling argument I can to advance my client’s position. In doing so, I rely on the facts at issue and the relevant law. If, instead of relying on the actual law to support my arguments, I were to rely on what I wanted the law to be, or on what the law was twenty years ago, I would not be a very effective advocate, and people like Millhiser would certainly be right to criticize me. Arguing according to the law as it stands is good and ethical advocacy, and it is what good lawyers do every day. For example, last month at the Court of Appeal for Ontario I argued in favour of Trinity Western University in its appeal of the Law Society of Upper Canada’s decision to refuse accreditation of its law school. In that case, the Law Society took the position that TWU’s biblical view of marriage and sexuality was against the public interest. While arguing in favour of TWU, I pointed to the various pieces of legislation as well as Supreme Court of Canada decisions which recognize that same-sex marriage is legal. I did not point to those laws or legal decisions because my clients were suddenly changing their position on same-sex marriage but rather because they represent the current status of the law with regard to same-sex marriage, yet all recognize and affirm that holding a biblical view of marriage is not against the public interest. Would Millhiser have me barred from relying on laws or legal decisions that I or my clients may have criticized? Such an approach would be, in the words of Millhiser himself, “stunning,” “hilarious,” and “hypocritical.” Unfortunately, this appears to be nothing more than an ad hominem argument. Because the argument being put forward by ADF and endorsed by Heritage strategically uses the current law—law I presume Millhiser is in favour of—Millhiser resorts to attacking the group making the argument: “they don’t like trans people.” I can’t be sure why Millhiser responds by attacking ADF and Heritage, but if ADF and Heritage’s arguments were legally unsound, one would hope he could point to the inadequacies of the legal argument. However, Millhiser ignores the fact that as lawyers we are required to make the best argument possible using the law that is current and binding. Instead he attacks the character and motives of ADF and Heritage. Whatever his motives for doing this, it does not make for a logical or coherent position.