I’m too young to remember the shootings at Columbine. But the school name itself has been one that, for as long as I can recall, associated itself with tragedy.

So, the name of a place where school kids were gunned down has become a kind of mnemonic for extreme acts of cultural violence. It even has its own synonym: Sandy Hook. The shorthand language brings home the unfortunate reality: hearing the news of mass shootings in the United States has become nearly a commonplace.

Our hearts may still break for the victims and their families. Yet in many ways the pain and disbelief seems temporary. The shock factor of another massacre among our neighbours to the south seems to diminish with each one. Sometimes, it feels as if we barely have a moment to process the news of one mass murder before another occurs. As we learned on the weekend, with back-to-back multiple murders in 24 hours, the effect is no illusion. In fact, these resulted in the United States marking 251 shootings as of the 216th day in the year.

The U.S. has boasted, as of today, 8,896 deaths due to gun violence in more than 30,000 incidents, according to the Gun Violence Archive – not to mention the tens of thousands of injuries caused by firearms. This past weekend, we caught wind of a piece of this puzzle as we heard the news from Ohio and Texas, respectively, about the mass shootings in each state. With the news, radical opinions spouted from either side. Twitter blew up in a firestorm that triggered my own hands to close the app and cover my eyes. I had to spare myself seeing the worst of humanity come out in the discussion about gun control.

The shootings from this past weekend marked had the gravity of Columbine twice over with 31 deaths and dozens injured. Twenty years after the touchstone school killings, we’re still having conversations about laws and how-on-earth-does-this-keep-happening.

Among the worst news reports of the weekend, though, was a tell-all profile on the Dayton, Ohio shooter in Heavy.com. The piece received over 400,000 views: 400,000 people, whether they skimmed the article or read every detail, have now seen the name of the shooter, his political views, photos of him, his internal musings spread by way of tweets from a profile that has since been taken down. Four-hundred thousand people have learned about a shooter who killed his own sister and many others he did not even know.

Additional articles have since flowed from news organizations internationally. The shooter’s family offer condolences with his face smeared across the page. An ex-girlfriend claims the man had obsessions with violent ideologies – and so on.

Perhaps the victims are too many in number to write individual profiles about them. Perhaps there is a certain fascination with the motives and everyday thoughts of a soon-to-be killer before it happens. Perhaps it is far easier to find something worth writing about someone who has made a name for himself by killing people outside a bar.

The shootings from this past weekend marked had the gravity of Columbine twice over with 31 deaths and dozens injured. Twenty years after the touchstone school killings, we’re still having conversations about laws and how-on-earth-does-this-keep-happening. 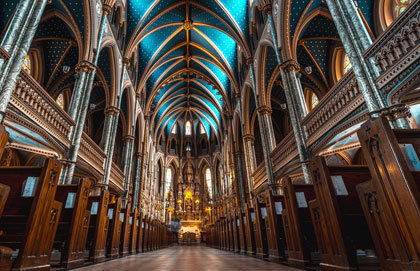 Of course, with the identification of the shooter come allegations: he was left-wing, a white supremacist, had a hit list, and so on. Whether the allegations are true or false, one thing remains: his name is known and so is his story – whether we like it or not. Eventually, the shooters’ names may be forgotten but, as with Columbine, the shootings are not. Or at least that has been the case until now. Arguably, that may change as the mass murders become so frequent that it becomes impossible to remember them all by name. And what’s in a name, anyway? More specifically, what is the purpose (and obsession) with naming, much less identifying the life details of, those who rampage with guns in schools, and shopping malls, and synagogues, and churches, and movie theatres and at Garlic Festivals and Wal-Marts?

The debate surrounding the release of a killer’s name is not new. The Columbia Journalism Review wrote last year after the Jacksonville, Florida shooting (remember that one?) when 13 people were shot dead at a football tournament:

Does this mean we are wrong to publish news of shootings? Of course not. The public has a right to know what’s happening in the world around us and it is in our best interest to be aware of said happenings (even if it means Venezuela and Uruguay are now advising their citizens to avoid the United States).

But when attention is drawn towards a killer’s former Twitter account instead of 31 victims (sorry, what were their names?) who have died at his hands, we have a serious issue.

Providing faces and names to these killers does little to no good and raises the question of what exactly we’re trying to accomplish when doing so. Are we trying to lump these killers into categories of bias? If he’s a white, left-wing atheist with an affinity for violent video games, are we meant to assume that someone who fits this shoe is destined to become a mass shooter? Is it to bring shame to a family name? Or is there something else going on beyond the surface?

The CJR article also cites Don’t Name Them, Don’t Show Them, But Report Everything Else, a paper that suggests ways in which news organizations could publish mass shooting coverage without giving notoriety to the perpetrator. The paper explains:

Media coverage of mass shooters rewards them by making them famous, and provides a clear incentive for future offenders to attack. Many of these at-risk individuals recognize that murdering large numbers of men, women, or children will guarantee them fame.

Some will argue that it’s necessary to name the killer but not dedicate in-depth profile pieces to said criminals. Following the mosque attacks in New Zealand, when Prime Minister Jacinda Arden declared she would not utter the killer’s name, CTV News interviewed criminologist James Alan Fox, who said that the act of mass shootings or attacks is what motivates would-be killers – not necessarily the aftereffects or popularity.

This is further shown in the CJR article, which cites a 2015 study conducted by a group of Arizona State University researchers who found that, “after a public mass killing involving firearms, the probability of another such attack increased for the next 13 days” and “mass media coverage was found to be a significant driver of the contagion effect.” This was made evident in the Dayton shooter’s Twitter feed, that seemed to have been following the coverage of the El Paso attack that occurred in the same weekend.

One thing each study attests to, whether the killers should be named or not, is the increased number of attacks and the clusters of them that tend to take place, as each attacker is motivated by the last. And many agree: there is no place for profiling murderers in the news.