Ross Douthat was the much-touted guest speaker at Cardus’ Hill Family Lecture in Ottawa on Friday. His prominence is especially noteworthy given his relative youth coupled with his perch on the prominent platform of the New York Times as an op-ed columnist.

Convivium magazine's publisher, Peter Stockland, remarked with a certain tone of wonderment that he began his career in journalism in the year of Douthat's birth—1979. The fact that there exists such an exotic specimen as a "34-year-old Catholic-Christian columnist at the New York Times" was summed up in one word: Hope. This sentiment belies constant and irrepressible surprise that accompanies acceptance by any institution viewed as monolithically and unabashedly liberal in the conservative imagination. The person who seemed least surprised by his appointment at the Times was Douthat himself, a self-described "cheerful warrior" whose reports of ideological diversity among his colleagues bring a rare feeling of comfort with his station. Despite contrary estimations, in my own experience of Canadian politics, the openness espoused by both conservative and progressive friends has been a salient and consistent feature.

The evening's format comprised a conversation with Fr. Raymond J. de Souza, editor of Convivium, primarily on the topic of Douthat's formulations in Bad Religion: How We Became a Nation of Heretics. While referring to his own comparable role as a columnist at the National Post, Fr. De Souza affirmed the prospect of writing for a liberal media outlet as far more daunting. Yet even in Canada, one can find reasons for hope: for instance, French-language daily La Presse has had Catholic seminarian Jonathan Guilbault contribute regularly to its pages, as with this remarkably orthodox piece on Easter. Bad Religion's simplified thesis is that contemporary Christianity in America has seen an institutional hollowing out that has degraded the checks and balances that a magisterial, mere orthodoxy once provided. The larger well of common values once fostered a flourishing civic life that benefitted believer and pagan alike. The unravelling of common threads is seen to be the direct result of theological diversions and social trends that ultimately placed self-fulfillment above the demands of tradition. 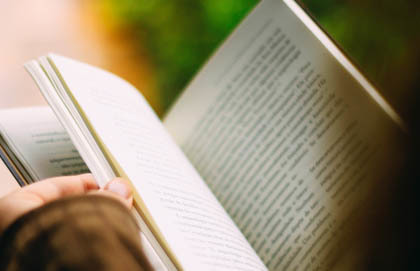 Charges of heresy may sound quaint to ears not attuned to authority. As the interviewer in Douthat's appearance on NPR pointed out, this could elevate the status of the "heretic" more than is warranted. Hilaire Belloc said, "The denial of a scheme wholesale is not heresy, and has not the creative power of a heresy. It is the essence of heresy that it leaves standing a great part of the structure it attacks." The defence employed by Douthat to identify heresies is the mass appeal the messages of Oprah, Joel Osteen, Dan Brown, or Elizabeth Gilbert have, in spite of their dismissal by a certain few as puerile. In this manner, Douthat utilizes the charged phrase of "heresy" to highlight harmful thinking rather than to renew calls for a modern day auto-da-fé.

While Douthat may have avoided the role of the token reasonable conservative/moderate Christian conjured to satisfy liberal yearnings, the alternate trap of playing the self-assured curmudgeon-in-chief and railing against secularism often appears inevitable. The problem is not with offering a critique that stings; as Fr. De Souza notes, "The Church, like the prophets of old, is often not popular when proclaiming God's word, which always challenges the errors of the time." The problem remains the demarcation of a historical period (in Douthat's case, post-war America) as a golden era. Critics have taken Douthat to task for this very point—some charitably, others far less so.

This charge of nostalgia remains persistent even in the resiliently challenging and masterly critique of the Protestant Reformation by the Catholic scholar Brad S. Gregory. Furthermore, Catholics engaged in ecumenical dialogue and seeking to affirm a common religious culture, as Douthat does, do have to contend with the notion that the Protestant Reformation is an unavoidable accommodation at best, and an essential member of the Bellocian Great Heresies. In fairness, Douthat does not avoid addressing the complex tangle of Catholic-Protestant relations in his book. But it plays the part of a conceptual tool to advance his otherwise sound argument for a renewed religiosity rather than offering a time-period to emulate or revert to.

The irony present in Fr. De Souza's reference to the evening's proceedings being held in the opulence of Château Laurier's Drawing Room was an apt segue towards Douthat's view of decadence. If we let go for a moment of any impending catastrophe and other apocalyptic scenarios, how would we properly assess the status quo of Western society?

Douthat describes a hoi polloi that is extremely comfortable whilst lacking a clear purpose or vision. When appraising the underwhelming promise of technological advances, Douthat is dismissive of robotics and genetic research while ceding ground to digital advances via the Internet. Consider that drones have forever altered the nature of warfare and likely the future delivery of mail, and genetic research is a field in its infancy whose final verdict is very much yet to be determined. Yet even if we grant him this point, he surely understates the impact of an inter-connected world. He is on the mark when he speaks of the disappearance of frontiers, with space having lost much of its cold war allure (it is telling that Alfonso Cuarón's Gravity is fixated on the inhospitableness of life outside earth). And he is right to express skepticism at the threat to Western civilization being more about convergence through imitation than existential replacement.

Abraham J. Heschel once reminded us that the "prophet is a person, not [just] a microphone." Douthat espouses a relaxed optimism that belies his convictions, and a very open attitude to examine ways where and when he has been wrong. The choice, as clarified by Fr. De Souza and affirmed by Douthat, is neither "surrender or self-segregation" but a "bruising encounter" with the world at large. If a prophet's role is to be a firm, if fallible, voice to strengthen our faith, offer reproof, and remind us of a transcendent hope, then we can only wish Douthat many more years of productive labour.