There is an ongoing discussion, between various economists on the left and right in the United States, on how to understand debt.

Paul Krugman is in favour of accruing national debt for the sake of stimulating a stalled economy. He implies that economic growth is stalled due to a lack of demand among various sectors of the economy, and that government spending—enabled by government borrowing—is what is needed to kick-start the American economic engine. This is exactly the argument he made last year at the Munk debate in Toronto.

He suggests that those who see government debt as a guillotine hanging by a thread over the head of the American public have it wrong. Says Krugman, "Debt can be a problem, [but] the way our politicians and pundits think about debt is all wrong, and exaggerates the problem's size." 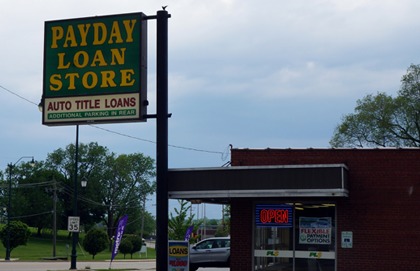 Those who see debt as a problem make an analogy between debt within families and national debt. This is wrong, according to Krugman, for two reasons:

First, families have to pay back their debt. Governments don't—all they need to do is ensure that debt grows more slowly than their tax base [and] . . . Second—and this is the point almost nobody seems to get—an over-borrowed family owes money to someone else; U.S. debt is, to a large extent, money we owe to ourselves.

At first glance this is all plausible. But it also seems to beg more questions than it answers. What does it mean, for instance, to avoid paying back debt that you owe to yourself? If, as David Rosenberg said in the Munk debate, "one person's debt is another's asset", what do you do with all that debt? I suppose Krugman's answer is this: service the debt. You don't actually need to pay it back; you simply need to stay ahead of it by growing your tax base. And, in this case, you grow your tax base through the expenditure of government funds, which will stimulate non-goverment economic actors to greater performance. The hope is that the non-government actors will eventually generate enough economic growth to allow the dog to rest from chasing its tail.

But, is this sustainable? What happens if the desired affect of government stimulus doesn't work, as appears to be the case at present in the U.S? Why is the state best suited to do this? And, that nagging question—is this all just? It would seem that in either case, the citizen must place a lot of faith in the few that run the country to watch after their economic well-being; faith that places a great deal of risk on them if things go wrong.

while debt finance often boasts relational simplicity (for example, between the borrower and the lender), 2007 proved this is less than a half-truth of how the system really works. Debt-based systems and the banks that facilitate them only survive by passing costs onto ill-informed or powerless third parties.