On the blog last week, I concluded with a short look at Wendell Berry's use of the word sacrament to best describe the loving reverence with which we should approach our use of the land and its resources. I like this word, sacrament, because it demands a certain seriousness towards the necessity of death through which we have our life—a truth as physical as it is metaphysical. I also like its suggestion that there are not really sacred and unsacred places; rather, there are only sacred and desecrated places. There are places where we have abused water with toxic chemicals and waste; places where the air is so polluted we now have smog advisories to warn us to remain indoors; places where topsoil depletion, extreme deforestation, and mountain-top removal irrevocably alter—and diminish—landscapes for future generations. Such desecration is sickness. It's a working "against the grain" of the natural processes of the created world within which we were made to move and have our being. It's a breakdown of shalom.

Arguably, such desecration is as old as culture itself. If we are beings depraved in totality, then even our use of land is destined to go astray. Yet it seems that there are forces of displacement at work today—forces set in motion hundreds of years earlier and finding culmination in our postmodern moment—that make us more prone to such desecration and on a much larger scale.

That the city is not simply the hub of commercial enterprise but the centre of fashion, art, language, technology, new ideas in a variety of disciplines—in general, culture—is almost a basic presupposition in our increasingly globalized world. A prejudice for the city over-and-against the assumed backwardness of uncultured rural communities has a lengthy history in the West, but the ongoing Industrial Revolution, perhaps more than any other moment in our history, has catalyzed the widespread migration of the rural populace into the urban industrial centers. In fact, we are living in a rare moment in human history where more people worldwide dwell in urban centres than outside them. However, this ongoing diaspora has left many detached from the agrarian landscape, and from local community. 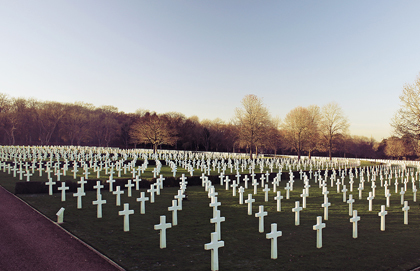 Salman Rushdie has called the migrant the "central defining figure of the 20th century" (Imaginary Homelands) since so many today live lives of transience and placelessness. Yet Berry, who swam upstream when he exchanged the life of a New York City intellectual for that of a Kentucky farmer, has been a vocal critic of the mindset which justifies the uprooting, the unsettling, and ultimately the destruction of vital and distinct local communities and cultures in favour of a monoculture driven by, and reduced to, consumption and production.

Several years ago, my wife and I drove across Canada and returned through the United States. There were multiple times that we pulled off the interstate and said, "You know, we could be anywhere right now." The Big Box stores, the outlet malls, the fast food chains were eerily similar for thousands of kilometres (and miles). Of course, pockets of resistance are everywhere. Yet such resistance is hard, well, because it's not really economically feasible. Or is it? Depends what we mean by economics.

I would argue that our problem is not so much that we have reduced everything to economics; rather, we have reduced the language of economics so much that now we only think of the exchange of goods when we hear that term. Such thinking of economics is so engrained that we might not even bat an eye when the pundits, here in Canada, entitle our upcoming throne speech a "consumer manifesto."

Yet language is important, and if we were to look back at the older meanings of certain words being tossed around, it might shape how we interact with our places today and change the landscape we pass on to those of tomorrow.

For starters, economy, from oikos (house) - nomos (law), is rooted in an understanding of household management. It's a word rooted in local community, devotion to place, and the long labour of properly caring for a home that is passed down for future generations. Because of this, economics has always been tied to resources, much like it still is today. However, from the Latin resurgere (to rise again), resources are not simply commodities—although they must be used as such. Resources are meant to be replenished, to be a source we can return to repeatedly and, given the proper care, last as long as the sun gives us energy. Yet both words are tied together to sustainable home building.

If the industrialization of everything first ushered people off the land, the commodification of everything is keeping people off, to the land's—and, subsequently, our—detriment. Yet if we are interested in our place, economics and resources might be the very new language we need. For if we will buy the lie of consumerist monoculture that we can be at home anywhere, one day we might realize, too late, we've been sold a bill of goods.

Cardus: My impression from watching the convention is that the federal Liberals are a lot like the Latvians—not quite ready for the gold medal hockey game but surprisingly feisty and with a lot more game than most people thought JM: Cardus is a Christian-based think tank, and I don't know that we've...

Standing by Words at Home and Abroad

When asked if Ford's private affairs inhibited his ability to run a public office, many of the Ford Nation rallied to their leader's defense If there is a great divorce between private and public, we shouldn't be surprised that Ford's public language serves a very pragmatic end (staying in public of...