It seems, in principle, a healthy refocusing of our social architecture.

Those who know more about foreign aid and development than I do should debate the details regarding the dissolution of the Canadian International Development Agency (CIDA) into the Department of Foreign Affairs and International Trade (DFAIT). But the idea of structuring government involvement in foreign aid so that it coheres with foreign policy and trade objectives, while increasingly relying on non-governmental relief organizations to provide relief to those in need, is one that compels me.

Last year, the Canadian government directed $3.1 billion of relief through CIDA to many in need throughout the world. However, that is dwarfed by the $23 billion which (according to World Bank statistics) was remitted to developing companies from private foundations and non-governmental organizations. 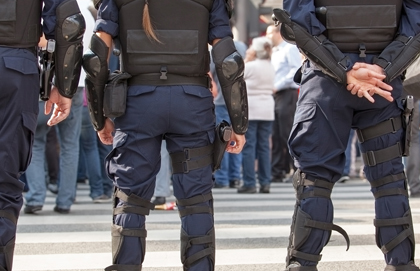 There are two ways to evaluate a change of this nature. Critics of the change suggest it is politically motivated by a government not as committed to poverty alleviation and human rights. The government argues the restructuring will allow for more focus, efficiency, and leveraging of funds for maximum impact. Interestingly, the government's position is supported by former Liberal Minister Lloyd Axworthy as "bold and admirable," suggesting that the motives may not be as sinister as the critics say. Whether this will lead to more coherence and efficiency is, of course, not yet knowable.

The more compelling argument for me is the fact that it puts the responsibility for compassion with individual Canadians and has the potential to focus the role that institutions other than government plays in the foreign aid field. I realize that much of CIDA's work was done in partnership with other organizations, but often these partnerships change the ethos of individual organizations as they become more bureaucratic to comply with the details of government funding requirements. The entrepreneurial and grass-roots connectedness that can come with organizations who rely on voluntary funding ends up promoting an efficiency within the dollars spent.

It would be simplistic to suggest that small and grassroots is always better and that the government has no role to play. There is little doubt that when natural disasters such as earthquakes or tsunamis strike, it sometimes takes the scale and resources that only government agencies can provide in order to provide a timely and effective response. Also, there are some structural matters related to development that require government attention, but here it would seem increased coherence between trade, foreign policy, and aid would only be a good thing. Concerns have been rightly raised that governments have a habit of talking long-term but redefining objectives regularly, but that problem is as real under the current structure as it is through the changed one.

Neither should one naïvely assume that all private grassroots organizations are effective. The argument here is not between big and small, public or private. Rather, it regards the structures required for Canadians to effectively express their compassion. If the result of this change is more focus on the full range of institutions delivering aid, with the government and non-governmental institutions all playing a role where they are best suited, the move will be good.

Protests and the Police Force

The freedom to protest was threatened last Friday afternoon, not simply by some thugs who used the protest to assault fellow-citizens, but by the institutions of civil society which failed to provide such protection The right to protest isn't explicit in our constitution but if freedom of speech, as...

Why a foreign policy review for this? The government is in the midst of commissioning something like a review already, even if leaked copies amount to more of a restatement than a new direction for Canadian foreign policy But since a review is in the works, that review should state clearly the value...

The Virtue of Small Charities

As the Finance Committee considers how best to incentivize charities, they need to be particularly attentive to small charities, given the trends that are putting them at a particular disadvantage With each focusing on the needs of their local communities, a particularly charity may be less diverse ...