“We can learn from history, but we can also deceive ourselves when we selectively take evidence from the past to justify what we have already made up our minds to do.”

Rarely have more sage words been spoken about history and how we understand it and our responsibility to accept both the good and the bad in it. The Anglo-Canadian historian Margaret MacMillan, one of the leading historians of our age, should know something of what she speaks. Through her critical work on the origins of the First World War, and on the gerrymandering of nation-states that resulted at its conclusion, she has shed new light on how 100 years later we remember that cataclysm of the last century.

Reflections on history must always be informed by a desire to seek what is true, and to work towards revealing both the successes and the failures of our collective past as a people. It must also be shot through with a genuine humility in which we recognize that, while technology advances, little about human nature changes. Before we condemn the sins and misdeeds of our forbears we should reflect on our own passions for exclusivity, greed, narrow-mindedness, bigotry, and sanctimonious pontificating about how enlightened and righteous we post-moderns are.

In the interest of righting a genuine and grave historic wrong – the suffering of our Indigenous peoples ­– the historical hubris of our present Canadian age is distorting history yet again. Enter the City of Victoria and Sir John A. Macdonald. In removing his statue from in front of Victoria’s City Hall, the denizens of the Garden City have quite mistakenly attempted to erase history rather than reveal it, in all of its warts and triumphs.

In discovering and teaching our history to every successive generation we have a duty as a people to teach the whole story. We have a collective responsibility to seek ways to illustrate, through the good and the bad of our history, the nature of our humanity. In so doing we may reveal again and again to ourselves a humanity that is fallen and prone to sin, yet that in its true nature is oriented towards great goodness, the promotion of justice, acts of charity, and a vision of the community that is imbued with an aspiration to increase human flourishing and the bonum commune ­– the common good.

If we abandon this responsibility in the interest of advancing a narrow political agenda, a specific ideology, or in a misplaced desire to whitewash out the bad of history then we fail to serve the common good. Instead we come to serve our own pride: that we know better; that we would never do what those bigoted Victorians did; that we will bring about a new age of justice and truth.

Well, I say beware the arrogance of the new age.

If you happen to be one among the chattering classes and historical do-gooders who would consign the likes of Sir John A., Ignace Bourget, Hector Langevin, Lord Strathcona, Lord Cornwallis, and their associated edifices and effigies to the politically incorrect dustbin, you might very well find yourselves unwittingly flirting with some rare historical company. Attempts to cleanse history so that some perceived pure form of just society might result is a fool’s, or worse, a tyrant’s errand.

Our liberal democracy is a delicate orchid, beautiful yet fragile, and we must ensure that the totalitarian impulse – let’s call it by its spiritual names: pride and vainglory – that lurks in every human heart must be forever curbed.
Related Stories 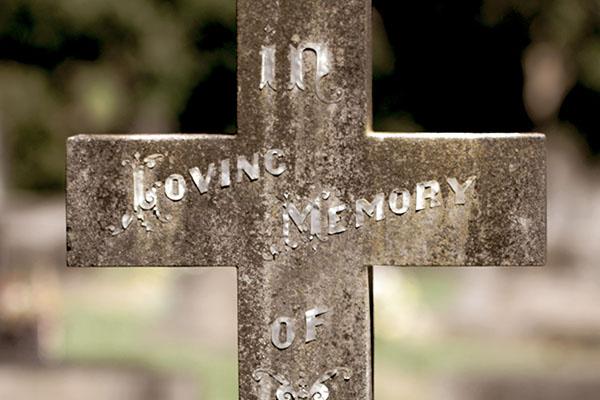 On September 21, 1792 the National Convention in revolutionary France abolished the monarchy and declared September 22, 1792 to be 1 Vendémiaire, the first day of Year 1. Everything that came before was anti-revolutionary: monarchy, church, estates, culture was to be dispensed with.

Taking a cue from their former colonial masters, the Khmer Rouge and Pol Pot declared upon their takeover of Cambodia in April 1975 that chhnam saun, Year Zero, had begun. Informed by a hyper-Marxist, Khmer nationalist, and agrarian ideology the Khmer Rouge embarked upon a destructive process of de-industrialization and re-education that sought to wipe out the existing culture, traditions, and social structures, replacing them with a new revolutionary culture.

Please God that we are not on that path to ruin – and I don’t believe that we are. Yet, as an American friend of mine recently said, our liberal democracy is a delicate orchid, beautiful yet fragile, and we must ensure that the totalitarian impulse – let’s call it by its spiritual names: pride and vainglory – that lurks in every human heart must be forever curbed.

Such is totalitarianism. It does not tolerate dissent, either historic or contemporary, from an established narrative, nor does it tolerate a much more nuanced view of human action that can rightly condemn grave misdeeds while lauding great achievements.

If we are to condemn Sir John A. and remove his image from our national life for his central role in establishing the residential schools, then surely we must do likewise for each of his successors as prime minister up until Brian Mulroney, as they were all complicit in the allowing these dens of abuse to persist.

If we are to remove statues of Sir John A. for this reprehensible policy, then should we not rename Montreal’s international airport? After all, it is currently named for a man, Pierre Elliott Trudeau, who with his Minister of Indian and Northern Affairs Jean Chrétien, introduced one of the most comprehensive plans to assimilate First Nations peoples in Canadian history: the rightly reviled White Paper Statement of the Government of Canada on Indian Policy, 1969?

No. In fact, we should not rename Montreal’s airport. What we must do is teach and advance the entire history of those who from pre-European contact to the present day have strode across the stage of this country’s history. We must continually contemplate (and I emphasize contemplate) and assess their actions.

We must and openly and publicly discuss their failures, but also their great achievements: the Canadian Pacific Railroad, the Charter of Rights and Freedoms, our social safety network, and Confederation itself, which has ensured the development of a flourishing liberal democracy in the True North Strong and Free.

This nation-building is a uniquely human venture and human beings screw up. Is this liberal democracy perfect? No, it is not. But then again, are we?