There are many queuing up early this morning, even last night, to get into Jurassic Park for Game 6 of the NBA Finals. I was at Jurassic Park in downtown Toronto for Game 3 of the NBA Finals. It was an away game in Oakland, the fans were fired up and expecting that perhaps Drake would come by. It was raining, and Drake is a bit fragile about that sort of thing, so he was a no-show. Happily, I was on hand to keep the glamour quotient high.

From sea to sea Jurassic Parks are springing up so that Canadians can leap aboard the Raptors bandwagon. I have no problem with that. I rather like bandwagons. They are friendly places. There ought to be a little bit of guilt though showing up to cheer during the Finals when Nav Bhatia has been there all along, at every game since it all began in 1995.

But that’s why there are such things called guilty pleasures. And Nav himself ought to feel at least a little guilty, given that 24 seasons of perfect attendance at basketball games is a serious imbalance in a man’s life.

It’s a phenomenon, the Jurassic Park assemblies. And on the whole an encouraging one. People gather because it is better to do something together, even if that is watching the big screen. It’s possible to watch a game at home, or to stream it while taking the GO Train home. It’s even possible to buy a very expensive ticket and go to the game live, only to watch it on the big screen.

There is something convivial about watching together, not at home but with others in the public square. I wouldn’t have queued up all day to get in, but I didn’t need to. The rain kept Drake and the other fair-weather fans away, so I strolled in, delayed only long enough for the security guards to do a quick pat down and confiscate my umbrella. Perhaps the searches were to maintain a certain Ontario primness about alcohol in public; in any case there appeared to be no drunkenness. It was a happy, if soggy, crowd.

This being Canada, it was important to stress our moral superiority. That moral superiority took a nearly lethal blow in Game 5, as the Raptors fans – both in the arena and in Jurassic Park – initially cheered the injury to the Warriors star player, Kevin Durant. Classless, and embarrassingly so. Apologies in abundance followed, but apologizing for doing something wrong is not really the Canadian way; it’s our readiness to apologize when we haven’t done anything wrong that is our distinctive trait.

The cheering of Durant’s injury was most awkward because it called attention to the character of Toronto’s fans. That’s a distraction, because the basis for the moral superiority of the Raptors fans is not the content of their character but the colour of their skin. In Toronto the fans are “diverse” you see, and that fans of different races come together to cheer on the Raptors shows how much better Toronto is than, I suppose, nasty cities the world over.

I did not see much diversity during my visit to Jurassic Park, I confess. I was there more than a quarter of an hour before I saw anyone that was not of Indian descent; two Caucasian boys who were visiting from Europe. But “diversity” in Toronto means non-white, not actual diversity. Nevertheless, the Raptors and all the municipal officials who set up Jurassic Parks are very pleased about a diverse “fan base.” 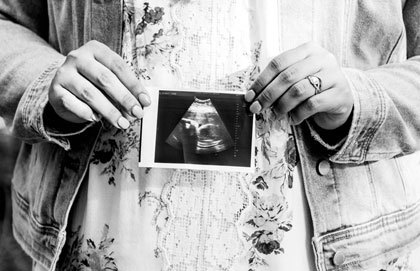 By the way, why is it now “fan base” and not just, as it used to be, “fans?” It’s like those glib consultants who speak about a “price point” instead of a “price.” A superfluous word here or there can be euphonious, but “fan base” isn’t that.

In any case, the diverse fan base is good for the NBA, as the league has to reach beyond just its players and their communities. The NBA is not as black as the NHL is white, but still, the court is not a very diverse place. Indeed, the Raptors are notable because alongside its largely African-American players are a few actual Africans who have emigrated to America, including their much-celebrated general manager, Masai Ujiri. And don’t forget Jeremy Lin from Harvard, which has a bit of a problem with diversity itself, insofar as it tries to keep a lid on the number of Asians on campus.

While the moral preening about the diversity angle is tiresome, there is something praiseworthy that in Toronto immigrant families from the subcontinent assemble in large numbers to cheer on a team that is almost entirely black. It would be hard to imagine that in India, for example. And if the Maple Leafs made it to the Stanley Cup finals, I have no doubt the same crowd would be on hand to cheer on a team almost entirely white.

Speaking of the Maple Leafs, the area in which Jurassic Park is set up is called Maple Leaf Square. Canadians are usually – officially at least – a bit prickly about their national symbols being usurped by the American cultural juggernaut, but if there was any objection the perfectly patriotic Maple Leaf Square being appropriated by the moniker of a Hollywood movie, it was completely muted.

Of course it would be rather late in the day to object, given that the entire team was named after the Hollywood film released the same year as the new franchise was granted to Toronto. It could have been worse; the Raptors took their name from Jurassic Park, while at the same time Disney got a new NHL franchise for Disneyland Anaheim, and named it after their hockey film, The Mighty Ducks.

We should be grateful that Jurassic Park was the top grossing film of 1993, when the franchise was awarded. Imagine if the second place film that year had been first, and the easily influenced Toronto fans – not yet a “fan base” – had been swayed by Mrs. Doubtfire. We might have had the Toronto Matronly Impersonators, which would have made the whole enterprise ever more fabulously diverse come 2019. Still, even the Matronly Impersonators would not be as ridiculous a name as the Miami Heat.

Down at Jurassic Park I bought a hat – NBA Finals logo included – for one of my students who is an ardent fan. It also served to provide a modicum of pluvial protection in the moment, having been shorn of my umbrella. Upon the vendor’s table were also tattoo templates, for those in the fan base who prefer to wear their allegiance on their arm rather than their sleeve. The NBA is chock full of tattoos, with some of the players so heavily decorated that it difficult to see where one begins and another ends.

I am not inclined to tattoos – quite vigorously opposed in fact – but I did learn in these playoffs about one tattoo that I found intriguing, even appealing. Stephen Curry of the Warriors is, by NBA standards, admirably chaste in his body art including, apparently, a biblical verse in Hebrew. But the one that caught was eye was this:

It’s a clever reference to John 3:30, the words of John the Baptist: He must increase, I must decrease. Increase and decrease are understood differently in a basketball game, which is a good thing, even an important thing, but not the ultimate thing.

As for Jurassic Park tonight, I have already done my bit. I will leave it this evening to Drake. I will decrease. Is it possible for him to increase anymore?

In a culture that lionizes contraception and avoids pregnancy like the plague, Andrea Mrozek asks, is it any wonder mothers grow fewer and more isolated each Mother’s Day?

Belonging On The Court

Last night’s improbable NBA championship for the Toronto Raptors was one professional sports team’s triumph. Even more, Alida Thomas writes, it’s a historic moment of shared belonging when Canadians discovered who they want to keep becoming.