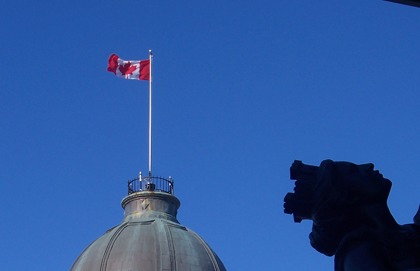 While the rest of Canada must still watch its Ps and Qs vis-à-vis Quebec, this week's provincial election is much more than a sigh of relief for the country.

For the first time since the mid-1960s, for the first time in a half-century that is, the central political question at the heart of our Confederation has been definitively answered. The answer to whether Quebecers want to leave the federation and establish sovereign relations with what remains of Canada is unequivocally: "No."

The combined popular vote for the two parties that campaigned against the whole idea of sovereignty and staging another referendum was almost exactly the same percentage as pre-campaign polls that showed two-thirds of Quebecers rejected the option.

The popular vote for the Parti Quebecois, annihilated electorally for playing the "sovereignty but not yet" game, was almost identical to polling numbers showing less than a quarter of Quebecers even want to talk about the subject.

Quebecers, in other words, said at the ballot box exactly what they have been telling pollsters.

But there is another combination of numbers that is even more emphatic than the correlation between pollsters and polls. It is a number that expresses pure historic fact. The defeated and disgraced Pauline Marois was the fourth Parti Quebecois leader, fighting the sixth election, since the 1995 referendum. And not one of them—not one in 19 years—has been able to engage Quebecers on sovereignty.

Indeed, when the heroic Lucien Bouchard resigned abruptly as PQ premier in 2001, he gave a resignation speech streaked with bitterness at hardline sovereigntists who kept demanding he talk to Quebecers about another referendum when it was obvious they had lost all interest in the idea. 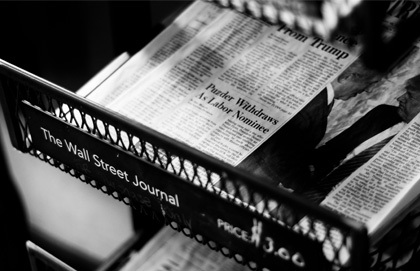 In the intervening 14 years, Bouchard's own federal creation, the Bloc Quebecois, suffered an ignominious eradication by no less than the New Democratic Party of Canada, which up to that point could not attract attention by giving away free beer and newborn puppies in the province.

What happened on April 7, then, was not the sudden outcome of one horribly mismanaged campaign by an inept minority government foolishly believing it had the divine right to a majority.  Yes, it was an historic seismic shift. But seismic shifts are, by their nature, tectonic. The plates were grinding away unseen, underground for an entire generation. As with all such shifts, there will of course be aftershocks, which is where watching the Ps and Qs comes in for Canadians outside Quebec.

But finally, definitively, Quebecers have come home. And their home is Quebec, Canada. There is no reason for it to be anywhere else.

There is no reason for it to be anywhere else. That, to me, is the most crucial point to be made about Monday night's victory by the Liberal party. Throughout the campaign, its leader Philippe Couillard reiterated that Quebecers are comfortable in Canada. Implicit, except for the moment when he wandered off script and suggested even factory workers would benefit from learning English, is the reality that Quebecers are comfortable in Canada precisely because they have the security in Quebec and Canada that sovereigntists promised them for decades could only be achieved with a new constitutional order.

One of the great paradoxes of late 20th century Canadian history is that the very structures, institutions and initiatives sovereigntists crafted to foster sovereignty turned out to be the delivery mechanisms for the security that made sovereignty irrelevant. Sovereigntists won and the only shots they fired were into their own feet.

What's vital to recognize here is that the demolition of the sovereigntist movement is not—thank God—a victory for swooning, maple-sugar-munching, ersatz patriotic federalists who go all giddy at the mantra that their Canada includes Quebec. No. Their Canada is as much of a lie, or at least an evasion, as the sovereigntist political vision turned out to be.

It is true that the economy is about as damaged as would reasonably be expected after six decades of existential distraction by dreamers and demons. It's true that the infrastructure of Montreal is a horror show that will requires years—if not decades—to rebuild. It's true that the rush out of the Quiet Revolution to embrace the homogenizing North American technocratic vision, and so abandon the unifying strength of faith-based tradition, has put Quebec at serious demographic risk and left aspects of it on the verge of moral vacuity.

But Quebec is equally a place of enormous residual vitality. Its political class was able to foster an independence movement because there is a native independence to the place. It is a geography and a jurisdiction and a cultural home that knows how to stand apart yet, notwithstanding the seismic tremors generated by the sovereigntist movement, has always stood as an indefatigable partner with Canada.

This week's change of course in Quebec demands an equally momentous change of habit and heart outside of Quebec. Let there be no more reflexive braying when Quebec comes to the political table with legitimate assertion of its own interests and needs. Let there be no more sneering in such circumstances about "whiners" and "complainers" and "selfish SOBs from la belle province." Let there, rather, be a recognition that this province has its own dynamics, its own cultural-political shape and form, its own distinct nature.  Within that distinctness, it has chosen over and over and over again to be part of Canada. Now let's let Canada be part of Quebec.

Those are two of the Ps and Qs that non-Quebec Canadians must watch, no longer as a threat, but as living obligation.