I am kindly declining the invitation to join my wife and some friends at the Stampede Parade on Friday. Not that I don't like Stampede Parades; I do. But with the Duke and Duchess of Cambridge scheduled to make an appearance, the expectations are that crowds will be bigger than usual and no, I am not going at 6:30 a.m. just to grab a seat to see them wave as they drive by. I have better things to do with my time.

However, not being caught up with Will and Kate-mania does not equate a disdain for the monarchy. (OK, I should be honest: I've watched some of the coverage and admire their evident graciousness and people skills. If given a chance to meet them, I would jump at the opportunity.) My support for the monarchy has nothing to do with Will and Kate. In fact, as much as it pains me, I am equally supportive of Charles and Camilla.

The point of the monarchy is that it is not about a person, but rather an institution. You don't need to like the people who represent the institution. It makes no difference if the royal-of-the-day is good-looking or ugly. 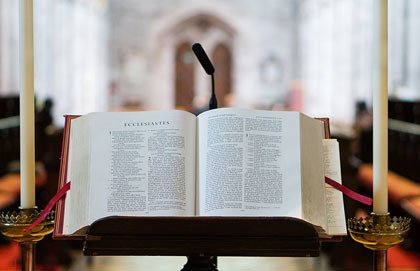 Subpoenaed Sermons
Innovate to Educate
Hamilton is in the House

Every country needs a head of state. Canada's head has throughout our history been determined by protocols involving birth order in the Windsor family. The monarch is there when we need it (such as the occasional debates about when elections should be held or if opposition leaders should be invited to try and form a government) but for the most part the royals stay out of the way. They add some history and stability to a nation that is prone to overlooking these and a bit of pomp and circumstance that enlivens ceremonies that otherwise might be laboriously dull.

A monarchical system is hardly perfect. Certainly, endorsing the monarchy by no means suggests that the members of the Royal Family should serve as role models. It is great when they do but history proves this is more the exception than the rule. But at the relatively frugal cost of $1.53 per year for every Canadian, the Windsors provide Canada pretty good value for money. Besides, the alternatives aren't really that appealing. Even if a better solution were identified (I have yet to hear one, but let's pretend for the sake of argument), it would take a bit to convince me the constitutional and political mess of getting from here to there would be worth the cost. Any system involving elections might tempt the head of state to increased political interference. An American-style system where the President serves as head of state would require a total revamp of our governance system. In short, there really isn't any credible alternative.

And so, along with millions of other Canadians, I watch the current Royal tour with a bit of bemusement at our preoccupation with celebrity. I crack an occasional joke at those around me who get carried away with a real-life Prince and Princess fairy-tale story being lived in real-time. Much of the hullabaloo is just that, and quite trivial in a world where wars, a debt crisis, and significant social problems challenge the agenda. However, beneath the bemusement rests an important foundation of constitutional tradition and stability which are a significant part of the story as to why we enjoy the freedom and prosperity that we do. In spite of our fierce political differences, we sort them out with words in Parliaments rather than through more violent means. And at the end of the day, we respect the rules when they are signed into law by the monarch or her representative.

The royal tours and fanfare are window-dressing, but there are many worse things for Canadians to get excited about. Yes, it is fantasy, but it also reality. And by importing it, we manage it all for $1.53. How Canadian.