Truth is the first casualty of war, or so the saying goes. If election campaigns are supposed to be a more civilized form of warfare, it comes as no surprise that truth-telling is hardly its primary characteristic.

We've come to expect that serious debates about policy don't take place in election campaigns. They haven't since the free trade election of 1988. In 1993, Kim Campbell confirmed that "an election is no time to discuss serious issues." The absence this election of any real conversation about health care or foreign policy confirmed that she remains correct. 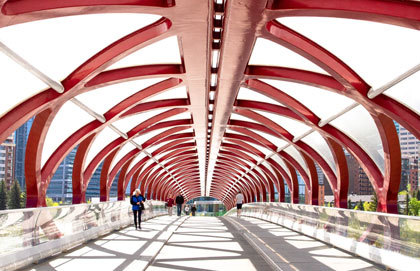 Alberta Comes Home
Lessons From the Alberta Election: Part II
An Election More Equal than Others

All political parties take great pains to point out, through their advertising and speeches, that they are trying to talk about policy—it is their opponents who are going negative with petty personal attacks. Parties are only performing civic duty in highlighting the inconsistencies in their honourable opponents' positions. This is mostly bunk.

The media, of course, are relied on as the dispensers of reliable information and analysis to help voters make informed decisions. For the most part they carried out their 2011 task with a reasonable degree of fairness, keeping in mind that if viewers did not like any particular version of the truth, there were plenty of alternative versions being carried on other stations.

What continues to amaze me, however, is the power of our innate bunk detector. When it comes to the particulars of any issue, or the details of any platform, few Canadians after the campaign are likely to be better equipped to articulate informed reasons for their positions. Yet, voters seemed to develop a pretty clear sense of the sort of government being offered by Stephen Harper on one hand, and his opponents on the other. In that sense, the judgement rendered by voters was an informed judgement. Similarly, most voters recognized that Mr. Ignatieff, a sincere guy who campaigned his heart out, was putting forward a program that wasn't in tune with their values. Those viscerally opposed to Mr. Harper and his vision decided that having an opposition led by Mr. Layton and his clearly contrasting value proposition was the best place to see their opposition voiced in the next Parliament, and voted accordingly.

Reflecting on the various aspirations of voters I know who voted different ways, each ended up with a Parliament that reflects to a significant degree the truth about Canadian society, even if they had to endure the fog of mistruth and half truth in the process of getting there.