He also wishes TWU’s Community Covenant didn’t bar him from potentially teaching law there should he and his husband decide to go west some day.

“As a gay man, I cannot teach at Trinity Western because I cannot sign (the Covenant),” the McGill professor and international human rights lawyer told me recently. “I have no problem with (TWU) being a Christian university. I have no problem them opening a law school. But I do have a problem with having to deny who I am in order to be employed there.”

For Berlin, who teaches at the McGill’s Institute for the Study of International Development and won the Canadian Bar Association’s Douglas Miller Award for dedication in 2016, that problem is the crux of the Supreme Court of Canada’s hearing on Trinity Western this Thursday.

The hearing will get underway less than 48 hours after Prime Minister Justin Trudeau is scheduled to issue tomorrow’s formal apology to sexual minorities who were persecuted under Canadian law. The apology is expected to include settlement payments, and the expunging of criminal records for those convicted of non-violent acts that were once deemed criminally perverse and that secular society now sees as normal variations of human intimacy.

Trudeau’s apology and the pardons will form the political, and to some extent even the legal, atmosphere in which Trinity will appeal a recent Ontario court decision future graduates of its law school. The Ontario Court of Appeal upheld a move by the provincial law society to deny accreditation to TWU grads. Without the accreditation, they would technically be unable to practice law in Ontario.

Appeal courts in B.C. and Nova Scotia, however, ruled the reverse. They found it unreasonable for law societies in those jurisdictions to withhold accreditation to TWU law grads.

While the high court appeal will be heard this week, it could be months before the Supreme Court issues a ruling. Trinity Western argues that the case has actually already been settled by a 2001 SCOC decision upholding the right of TWU teaching graduates to be licensed in the province.

In fact, he says, the case is only technically about the ability of TWU law school graduates being able to work in Ontario.

In late October testimony to a House of Commons committee investigating religious discrimination, TWU President Bob Kuhn argued the latest legal fight has already subjected the university to the very kind of discrimination that those opposed the Community Covenant deplore.

“If  (Canada’s) powerful law societies can discriminate against students graduating from Trinity Western, then what is to stop other organizations from discriminating against its 24,000-plus alumni or its 300-plus faculty members? This is exactly what has happened…while this matter has wound its way up to the Supreme Court of Canada yet again,” Kuhn said.

Lawyers for the school, and for many of the 29 interested parties that have been granted intervener status at the hearing, are expected to continue that line of argument by insisting that its conduct as a private institution has already been found legal by the Court, and need not be validated again. 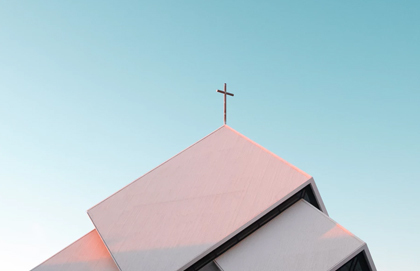 But opponents insist the facts in the earlier case were very different. The role of lawyers vis-à-vis the rule of law in itself distinguishes this case from that of teachers, they contend.

For his part, Berlin says he finds it unimaginable that lawyers could be obliged to deem as acceptable a practice that is clearly discriminatory and, on its face, in violation of laws and human rights codes across the country. The practice in question is the provision of TWU’s Covenant that requires all students and staff at the school to refrain from sex outside of traditional Christian marriage. There are gay students at the university, and nothing prevents married gays from attendance or employment except they would first have to vow to live celibately.

“Can you imagine saying to blacks ‘okay, come on in as long as you pretend you’re white’?” Berlin asks.

Canadians as a whole would consider that unacceptable because it is unacceptable, Berlin says before asking why what is unacceptable on the basis of race becomes an assault on religious freedom when sexuality is involved. Trinity’s administrators must come to grips with the reality that social changes over the past 20 years – not least legalization of gay marriage in 2005 – have altered the point at which religious rights become an unjust infringement on equality rights.

It’s a point that Douglas Judson says may spell Trinity’s undoing this time around. Judson, who sits on the board of the gay legal group Out On Bay Street and was heavily involved in the Ontario Appeal Court hearing, notes the “laundry list” of small and large changes to the legal treatment of LGBT Canadians since 2001. That transformation, he says, is really why the Trinity hearing this week is so crucial.

In fact, he says, the case is only technically about the ability of TWU law school graduates being able to work in Ontario. Mobility rights and national agreements between the country’s law societies mean that, at worst, the schools newly minted lawyers would have to be accredited in a province other than Ontario. Once that’s done, there would virtually no bar to them working in the country’s largest province.

“We already have mechanisms in place for law graduates from out-of-jurisdiction accredited law schools to join the Bar in Canadian provinces. There’s a lot of talk about the B.C. and Ontario law societies ‘banning’ Trinity Western law graduates. My understanding is that is not at all accurate.”

What’s truly at stake, Judson says, is aligning Charter religious freedom rights and Charter equality rights in a way that properly reflects the balance of Canadian society.  It’s not a question of either right having fundamentally changed, he says. It’s a matter of knowing where the boundaries are when two critical Charter rights conflict.

“I don’t think the rights have changed. What has changed is our understanding of what equality looks like, and ought to look like for LGBT people, and what the historical challenges of LGBT people have been, particularly in the legal profession.”

That matters, Judson says, when lawyers and law societies are involved because they have an obligation to the public interest that puts equal treatment for all Canadians ahead of the religious convictions of a segment of Canadians when a balance needs to be struck between those competing claims.

“We don’t have a hierarchy of rights in Canada. But there’s a quotation in the Ontario Appeal Court decision that says our freedom to develop and promote our religion, our belief systems, and the practice of those belief systems, is only subject to lawful limitations necessary to protect public safety or health or the fundamental rights and freedoms of others. I think the question is whether this (case) falls within that.”

Judson clearly believes it does, but for reasons that go well beyond the future of a law school in British Columbia’s Fraser Valley. He senses strongly that an affirmation of the Ontario Appeal Court decision will have much longer term effects on the legal profession as a whole by forcing it to adopt the very diversity being demanded from Trinity.

“Here we have a case where the law society is reaching into the policy of a university that hosts a law school, and acknowledging it is a gateway to our profession and we have a regulatory role to make sure it’s equally available to everyone. My question is whether the court’s reasoning will be partly informed by there being all kinds of other barriers to getting into the profession right not at accredited law schools, and the law society refuses to address that.

“If you look at the cost of getting a law degree right now in Ontario, it is astronomical. You cannot tell me with a straight face that is not a barrier to meritorious candidates becoming lawyers and getting into the profession.”

Put another way, if Mark Berlin were to get his wish as a result of Thursday’s SCOC hearing, it might leave a lot of lawyers wishing they’d been a bit more careful about what they wished for.

Protection of those charities was the reason Van Pelt went public in September with a Convivium column revealing plans by Universities Canada to effectively strip faith-based schools of membership Appeal Court decision in the Trinity Western case will find reason for even broader hope than...