Aggressive denunciations of Canada’s legal system following the Gerald Stanley acquittal remain deeply troubling even as they are emotionally understandable.

At the practical level, Stanley’s point-blank shooting of young Colten Boushie in a Saskatchewan farm yard creates bewilderment at what evidence possibly convinced jurors that he was innocent of manslaughter.

Politically, Boushie being Indigenous and Stanley being a “white farmer” handily consigns a human tragedy to the ideological category of settler and oppressed. Grief for the family becomes rage against the history that begets thunder at the politics.

The trouble rises from two underlying assumptions in that rage and thunder. The first assumption deems the verdict an automatic miscarriage. Failure to convict is sufficient proof of systemic injustice. But how can that be? If, from the outset, the only “systemically” acceptable conclusion was a declaration of Stanley’s guilt, why bother trying him at all? Why not just pick the verdict out of a hat with only one piece of paper in it? More broadly, why spend the past 800 years crawling on our hands and knees forward from the Magna Carta searching for an ever-more reliable and authentic system of justice?

The second premise moves from the systemic to the personal. It asserts that the jurors were all afflicted to some degree by, or worse were the unconscious dupes of, racist hostility toward the victim. But again, how can this be justifiably said when we don’t know who the jurors were?

Our system doesn’t divulge private information about jurors, and they are legally forbidden from speaking about their deliberations. How, then, do we certify the racist quotient of 12 unidentified Canadians? Is it not just, well, unjust to simply assume they are so racist as to indulge in an act of blatant injustice because Colten Bushie was an Indigenous man?

So while the rage and thunder are intelligible as catharsis, they also pose dangers that are as spiritual as they are intellectual. Demand for change is ultimately a gesture of hope. But what if the change sought stems from wholly confused premises? What if its achievement risks generating only greater rage and unanswerable thunder, i.e., dices with the death of hope?

Such is the peril raised by federal Justice Minister Jody Wilson-Raybould in the wake of her intemperate tweet last weekend about the Gerald Stanley acquittal. Wilson-Raybould has come under intense criticism for her social media comment that “Canada can do better,” which clearly implied the jury verdict was not good enough.

What if its achievement risks generating only greater rage and unanswerable thunder, i.e., dices with the death of hope?

Her political intervention in a court proceeding still open to appeal was flatly unacceptable. There is grace to be extended for the emotional force the verdict must have exerted on Wilson-Raybould, given her Indigenous identity. Reaching the stratosphere of Canadian politics as she has, she must still live with agonizing awareness of the injustices Aboriginal Canadians have suffered, and do suffer, on a daily basis in this country.

Still, in an earlier day, such politicizing of a jury trial would have put a justice minister’s job in peril.

Her intrusion, though, is in many ways secondary to the much greater threat posed by her headline grabbing promises of reforms to the jury system.  Unnoticed, it seems, is that the Supreme Court of Canada has already been vigorously rejected Wilson-Raybould’s idea of altering jury selection to increase Indigenous representation.

Here’s why. In its 2015 decision upholding the manslaughter conviction of an Indigenous man in Ontario, Canada’s highest court was adamant that altering Canada’s jury system is not the proper way to repair two centuries of dysfunctional relations between aboriginal and non-aboriginal communities.

On the point of law before it, the Court said, it is a misreading of our entire legal history to insist that juries must comprise a demographic pie chart of Canadian diversity, which is what the justice minister appears to have in mind with her vow to ensure greater Indigenous representation on juries.

As Mr. Justice Michael Moldaver writes for the majority in R. versus Kokopenace: “Efforts to address historical and systemic wrongs against Aboriginal peoples – although socially laudable – are by definition an attempt to target a particular group for inclusion on a jury roll. 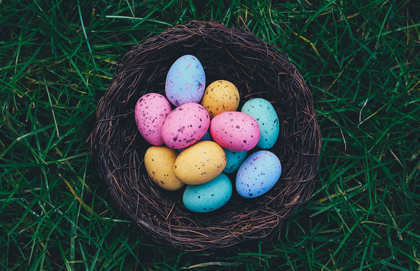 To Tell the Truth
A Rude Awokening for Justin Trudeau?
Conscience rights are Charter rights

“Requiring the State to target a particular group for inclusion would be a radical departure from the way the Canadian jury selection process has always been understood….(T)here is no right to proportionate representation….The recognition of such a right would be unprecedented in Canada.”

Justice Moldaver is clear that nothing in the Kokopenace decision blocks social policy change to encourage greater Indigenous participation. The judgement hails that as a laudable goal. But it warns starkly that attempts to create a right to demographic or special interest representation by altering the jury selection process would not only attack the privacy protections afforded jurors, but also ultimately founder in  “procedural quagmire.”

To begin with, Justice Moldaver and the majority ask, on what basis could such diversity “representativeness” on juries possibly be decided?

“What would the focus be? Would it be race? Ethnicity? Religion? Age? Economic status? Sexual identity? How closely must the jury roll resemble the makeup of the population in a particular judicial district before it would be considered ‘substantially similar?’”

In the end, Justice Moldaver says, the victim would be Canada’s jury system itself.

“Put simply, it would be unworkable, and would spell the end of the jury system as we presently know it.”

Beyond being a reality check on the federal justice minister’s pipe dreams, the Kokopenace decision offers a fascinating insight into the practical complexities of empaneling juries with any – never mind a representative number of – Aboriginal representatives.

Clifford Kokopenace was convicted of manslaughter for stabbing a friend to death near Kenora, Ontario. The province’s appeal court ordered a new trial after accepting that Kokopenace’s Charter rights were violated because the jury he faced had too few Indigenous members. The issue before the Supreme Court was whether the Ontario government made reasonable efforts to solicit potential Indigenous jurors.

Yes, the high Court said, Ontario did make necessary reasonable efforts. More compellingly, those reasonable efforts did not have to result in there actually being any Indigenous jurors. To meet its Charter obligations, Ontario had to legitimately and fairly canvass as broad a cross section of the community as possible seeking potential jurors. It was not obliged to meet a nose-count quota of jury members from groups X, Y, Z, ad infinitum.

Nor, Justice Moldaver says, could it be faulted for failing to overcome the plethora of purely logistical difficulties involved in just getting the call for jury duty out to about 50 Indigenous reserves in the area. Difficulties, that is, such as having to rely on outdated contact information provided by Indian and Northern Affairs (as it then was) or simply getting the mail delivered on reserve, both of which are entirely a federal responsibility.

The province, Justice Moldaver writes, was not legally responsible either for overcoming the searing resentment many Aboriginal Canadians feel toward the justice system.

Why does that matter? Because anger at the justice system creates a classic Catch-22 situation for the federal justice ministers plans to increase Indigenous jury participation.

A prime cause of the hostility, after all, is the outrageous imbalance in incarceration rates between Aboriginals and non-Aboriginals in Canada. But an effort to correct that by increasing the number of Indigenous jurors runs aground on the Catch-22 that people with criminal convictions are prohibited from serving on juries. In the Kokopenace case, only 5.7 per cent of on-reserve residents called for potential jury duty were even eligible to serve.

Of course, there are other reasons for exclusion from a jury. Being a journalist is one of them. But the point remains that because Aboriginal Canadians have a disproportionate rate of criminal conviction, a lop-sided number of them are excluded from participating as federal Justice Minister Wilson-Raybould foresees.

Fair-minded Canadians can consider that an example of an injustice begetting further injustice. It underscores, however, the critical point Justice Moldaver and the majority make in the Kokopenace case.

And here is the clincher: “There is no empirical evidence to support the proposition that jurors of the same race as the accused are necessary to evaluate the evidence in a fair and impartial manner.”

That last sentence from the Supreme Court of Canada could preemptively spell the death knell for what Justice Minister Wilson-Raybould seems to consider the great hope for ending injustice toward Indigenous people in Canada. For reasons of political calculation, she (backed by the prime minister) has chosen to focus on changing the racial composition of juries. Yet, as the Supreme Court says in Kokopenace, there is no compelling reason to believe that is the problem, much less the solution.

As Justice Moldaver puts it eloquently in words that apply equally to a white Saskatchewan farmer like Gerald Stanley or to any Indigenous person in Canada: “The accused’s right to be tried by a jury of his peers is a right aimed at securing a fair adjudicative process….The right is held by the accused, not by societal groups.”

There lies the truth when the understandable, but endangering, rage and thunder clear: a criminal trial is a venue of human tragedy, not an ideological forum for the great sweep of any politician’s progress.

To Tell the Truth

This week’s legal decision over telling children about the Easter Bunny may seem like mere whimsy. In reality, Convivium’s Peter Stockland writes, it’s about barring the State from forcing us to lie.