He was the son of a prominent, local official and a student at university when he was initiated into a promising, political career. Taking a position as an assistant and right-hand to a Secretary of State, he travelled with the Secretary to negotiate and to support an alliance with one of the world's great trading powers. As his rise attached to the political fortunes of the Secretary, so his departure from high political office tracked with a cabinet shuffle that saw his boss shoved out after the Secretary accepted responsibility for an unpopular political decision. Making the best of it, he moved back home to take up a local office vacated by his father, and settled down to a quieter life with family.

But his convictions led him down a different track. His path saw him imprisoned, then exiled, then leading a group of some 120 across a treacherous ocean to unfamiliar climes. As an unscrupulous sea captain prepared to put them ashore several hundred miles north of their intended destination, William Brewster drafted what has become the seminal political, constitutional and spiritual precursor and foundation of the American republic: the Mayflower Compact.

Whether directed to the Almighty, the advancement of religion, to king and country, the enactment of just laws, or to the general good, Brewster's was the ethos of service. How far have today's politics come?

Instead of an ethos of service, contemporary politics appears to be defined by human passions, be it for power, fame, money, career or the gratification of physical desires. Instead of a politics founded on service to others, this is politics in service of self and ego. Instead of a moral, social and political stronghold constructed with integrity, honour and righteousness, as in the words of Proverbs 10:29, this is nothing more than a house of cards.

Hence, Michael Dobbs' House of Cards. Although it began as a one-off novel, when Andrew Davies adapted it into a British television mini-series that ran in 1990, Dobbs elaborated House of Cards with two more instalments, To Play the King and The Final Cut. Davies adapted these, too, and they appeared on British television in 1993 and 1995, respectively. The American version of the first instalment of the trilogy was released in 13 episodes, streamed on Netflix on February 1, 2013. 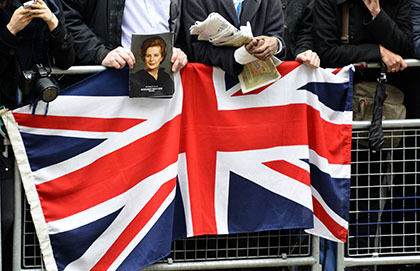 That sly joke expresses the ethos of the main character: "Cross me, and I'll cross you twice as ruthlessly." Underwood/Urquhart turns on its head the Golden Rule as "Do unto others before they do unto you." If politics is a case of the greasy pole, then this pole is well slathered with intrigue, plots, and corruption of all kinds.

As Urquhart (played by Ian Richardson) is the Chief Government Whip in the British adaptation, in the American version, Francis (Frank) Underwood (Kevin Spacey) is the Majority Whip of the Democratic Caucus in the U.S. House of Representatives. Despite his being promised a seat at cabinet as Secretary of State by a presidential candidate,

Underwood is left out, to continue as Whip, when the candidate becomes president-elect. This is the first move that sets in motion a game of chess with a king, pawns, knights and a queen. Underwood seeks revenge (spoiler alert) initially by undermining the new president's nominee for Secretary of State in favour of a candidate he recruits, who is, therefore, beholden to him and not the president. He co-opts the support of the president's chief of staff in a quid pro quo by helping the chief 's son get into Stanford University. He blackmails another congressman into becoming his puppet and pawn. He compromises the journalistic integrity of an up-and-coming reporter in order to advance his plans, and her career. He enlists a staffer as a Svengali who will stop at nothing to further Underwood's ends. His wife is a willing, though not always reliable, careerist co-conspirator in seeking more leverage, more power, more narcissistic ego-gratification. Although he doesn't achieve it in this 13-episode series, it is clear from the first few minutes of the first episode that Underwood's ambition will be satisfied by nothing less than the top job with Washington's best address: 1600 Pennsylvania Avenue.

In these 13 episodes, key differences between the British and American adaptations surface—some obvious, some more subtle. These are indicative of certain persistent British and American prejudices of social class and of informing cultural myths as to who is fit to rule.

Where Richardson's Francis Urquhart comes from minor English country gentry and only infrequently hints at traces of self-doubt borne of old-fashioned country decency, Spacey's Frank Underwood is a boy from the wrong side of the tracks in South Carolina who betrays no regrets. Where Diane Fletcher's "wife of," as Elizabeth Urquhart, is Francis' unapologetically and utterly corrupt leonine prodder to ever more ruthless gambits for power, Robin Wright's Claire Underwood is a career woman in her own right who harbours self-doubt and vulnerability. Where the Urquharts' ambition exudes the effortless condescension of English gentry, the Underwoods are pulled-up-by-the-bootstraps strivers for power, albeit breathtakingly successful examples. While I preferred Fletcher's "wife of," Wright's version is convincing. However, I came away wondering whether Spacey has ever known what it is to live on the wrong side of the tracks. American writer Beau Willimon might have been better advised to have Spacey portray Underwood as coming from one of South Carolina's Episcopalian founding families.

In this American version, we see more of and learn more about other characters: the bright-eyed, bushy-tailed young reporter (Zoe Barnes) who is a foil to F.U.'s ambition, F.U.'s behind-the-scenes fixer (Stamper), and the fatally flawed pawn in F.U.'s plots (Peter Russo).

From Spacey's Underwood, we hear far less frequently Richardson's signature Urquhart line, "You might very well think that, but I couldn't possibly comment." And it is this that suggests the biggest difference between the two adaptations. Where Andrew Davies' original British adaptation roiled undercurrents of self-deprecating, dark humour, Willimon's American version is every bit as dark but without the humourous asides of self-deprecation. Davies offered his viewers some comic relief before hitting them with yet ever blacker twists. In Willimon's version, the absence of wry asides inures his audience to what comes next, thereby diminishing the shock of it.

Those who have seen the earlier British adaptation will be curious nonetheless to see how "a very British coup" of Westminster parliamentary politics is adapted to American congressional caucus conspiracy. We find markers of contemporary, cultural myth common to both renditions. Both are marked by characters who possess a remarkable dearth of remorse, let alone repentance, for moral failing. Ego and ambition hold the upper hand over good. The convenient lie eclipses the truth. Easy gratification of the basest desires trumps the beautiful.

As with the protagonist in a Shakespearean tragedy or a Dionysian myth in Greek tragedy, it is the very corruption of F.U.'s soul and the trail of corpses on his path to self-gratifying power that make this a morality play for our time, without it being preachy. Unless, that is, the viewer is as much a sociopath as F.U. and takes it, instead, as a manual on how to conspire your way to the top.

Viewing House of Cards could lead one to believe that sociopathy is exhaustively definitive of contemporary politics. It is not.

Elected officials and public office-holders can be found who are driven by service, be it to God, country, humankind or all three. Despite an abundance of temptation, there are public people who pursue private as well as public virtue with a generous dose of fear and trembling in acknowledgement of the common predicament of human frailty. Among the wolves are at least a few William Brewsters who tread the trail and pursue good with the shrewdness of serpents and innocence of doves. And as someone anonymously wrote, "The world is not worthy of them."

Looking Back at Maggie Thatcher

British Prime Minister Boris Johnson might be building a house of cards with his no-deal approach to crashing out of the European Union. But Russell Kuykendall says a BBC series details with delicate balance how the late Margaret Thatcher taught UK Conservatives about playing a new deck.

Hamilton is in the House