The rolling contest between former attorney general Jody Wilson-Raybould and Prime Minister Trudeau and his office over the prosecution of SNC-Lavalin continues to occupy the headlines and our dinner table conversations. We’ve had not entirely unfettered testimony before a justice committee, an ethics committee, the release of a secretly taped telephone conversation between the attorney general and the Clerk of the Privy Council, now both departed from those roles, a number of other departures, and this week the removal of former cabinet ministers Jody Wilson-Raybould and her supporter Jane Philpott from the Liberal caucus.

Many are wondering how it will all play into the contest between the federal parties in the upcoming election. Many have decided their views based on that far-reaching consideration.

There is, however, another contest that demands our attention, and which is independent of these high-stakes political questions.

The remediation legislation at the heart of the scandal creates, and totally fails to manage, a contest between the public interest on the one hand, and corporate and political interests on the other. We have seen enough to know that it fails to adequately protect the public interest at every single point of contact between the players: defendant corporations and the prime minister’s office, the PMO and the AG, the AG and the prosecutors. We also have reason to be concerned that the power of prosecutors could been undermined when negotiating with a defendant corporation for a deferred prosecution agreement.

With the legislation, the Liberals have punched a hole in prosecutorial independence big enough to drive a garbage truck of "heavy politics" through. The current political gale has laid bare the troubling mechanics of how, through the legislatively sanctioned political override of prosecutorial discretion, a powerful corporation might interfere in its own prosecution.

When the political dust settles – no matter whether the PMO engaged in off-side political interference, no matter what details about SNC’s past dealings may come to light, no matter who is next in office – Canadians will have on the books a piece of legislation that critically undermines the rule of law in our country.

The rule of law is about more than a piece of legislation that permits or forbids us to do things. It is the idea that no one, no matter how powerful, is above the law in virtue of their power. This is an ideal of justice, of democracy, of straight-forward fairness. The rule of law understood this way means the powerful can’t escape the rules the rest of us must follow. It means there aren’t different, more lenient rules for the powerful that don’t apply to the rest of us. It is possible to draft legislation, and enact it through a democratic process, that creates unfairly advantageous rules for the powerful. There can be unjust laws.

An unjust law is especially troubling in the criminal context. Criminal law occupies a unique role in our legal and social landscape. Fairness is especially important here. For all its faults and failings, criminal law is essentially about enforcing the minimum standards of behavior that are required of all persons in an otherwise relatively free society.

We have decided that we won’t tolerate behaviors – murder, fraud, and slavery are good examples – that fall below that minimum standard because they are destructive of the social fabric and our core values. This is why, irrespective of sentence, criminal conviction carries a stigma in and of itself. Through prosecution, we have instituted society’s right to punish those who engage in such destructive behavior, and we put the enormous power of the State to the task.

With the legislation, the Liberals have punched a hole in prosecutorial independence big enough to drive a garbage truck of "heavy politics" through.

We also have to understand that corporations are unique persons in the criminal landscape. There are inherent difficulties in prosecuting and punishing a wrongdoer corporation. It doesn’t have a body to imprison, and it can be incorporated in jurisdictions that differ from those who own or run it. In some ways, incorporation is a great legal obstacle to accountability. It is a legal person distinct from the people behind it. This separate legal personality means those who are behind a corporation enjoy a great deal of protection from liability for the corporation’s actions.

This is known as the corporate veil, which can only be pierced in limited circumstances, which is to say we often cannot hold these people accountable for the things a corporation has done.  This is sometimes a good thing, because individuals can’t always sensibly be held responsible for everything a sprawling corporation with many actors might do. On the other hand, there are times, morally speaking, when the corporate veil should be ripped to shreds.

A corporation is designed to be self-interested: its duty is first and foremost to its shareholders. Any other binding obligations are mainly imposed by law. 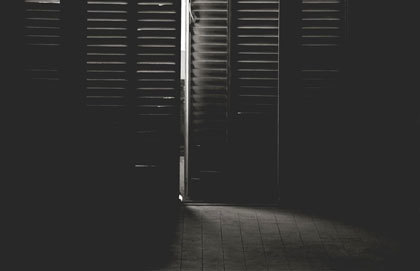 The Law of Closed Doors
The Disruptive Conservative
Courting Contempt

Big corporations have economic heft, and their well-being can affect employees, shareholders, other businesses with whom they do business.   They can have a far greater reach, and concomitantly do vastly more harm or good than can individuals. For all these reasons, we need laws to put a check on the inherently self-serving nature of corporate culture. We also need laws that put a check on them in virtue of that raw power, which can translate into political clout the rest of us can’t hope to wield. And corporations have absolutely no public interest mandate.

This is why prosecutorial independence is especially important in the corporate context. Some government defenders, and evidently the PMO itself judging by what the Clerk of the Privy Council said on tape to Jody Wilson-Raybould, have said that the PMO only wanted the attorney general to do what the legislation said she could do. In other words, it only wanted her to override the decision of the Director of Public Prosecutions’ decision not to grant SNC’s application for a deferred prosecution agreement. What could be wrong with that?

What is wrong with it is an understanding of legality that is limited and superficial. It’s limited because all it means is that deferred prosecution agreements are on the books.

The rule of law is about more than a piece of legislation that permits or forbids us to do things. It is the idea that no one, no matter how powerful, is above the law in virtue of their power.

It’s superficial because the proper application of the law involves not just a piece of legislation, but also the exercise of prosecutorial discretion and therefore prosecutorial independence.

Independent professionals with expertise and experience who have full knowledge of a given file make judgement calls throughout the course of a case. Being salaried, they have nothing to gain or lose for themselves, irrespective of the direction in which they decide to proceed to court or offer to negotiate a deferred prosecution agreement. Crown counsel wear a public interest hat. Their job is to get it right, not to win at any cost.

Analogously, the police have a certain amount of discretion in how they charge people, or if they do so at all. Do you get off with a warning or a ticket? How big? Do you actually get charged with a criminal offense? Legislation can never spell out every circumstance in which it might be used. This is why we allow those who are aware of all the details to exercise a limited amount of discretion in applying the law. Would we want the police to always go with the lightest option just because it’s on the books? Just because the person in question is powerful?

Similarly, prosecutors don’t just automatically go to the lightest option available. The calls they make depend upon the law itself, the merits of the criminal case, and their mandate to act in the public interest.

Think about the outcry when a sentence doesn’t seem to fit the crime. Think of notorious cases of rape, severe environmental damage, or large scale dirty financial dealings. Would we want the criminal process, from a point much earlier on than sentencing, to not fit either the crime or the strength of the prosecution’s case? Would we want the lighter option to apply simply because the person in trouble has something of political currency to offer a sitting government? What if it makes a difference to the government’s prospects of being re-elected? What if it’s a government you want out of office?

Conversely, would we want prosecutors to go after people simply because they didn’t support the government’s politics? Would we want prosecutors to go after business competitors of the government’s corporate supporters on political say-so? You wouldn’t want a government, acting through its attorney general, to overturn deferred prosecution agreements in order to ruin a business through conviction. To allow these sorts of things would be shockingly undemocratic. Prosecutorial independence from politics matters deeply in a functioning democracy.

As well, because those things we’ve decided are criminal behavior are so seriously damaging to the fabric of society, we cannot allow those who engage in them to be given impunity just because they enjoy political favor. Thus, there is a strong public interest in having prosecutors who function independently of political considerations. Independent prosecution, in and of itself, is a public good. It is vital to a healthy democracy.

There is a gap between it being “not illegal” for an AG to overturn a decision of the DPP and it being appropriate for her to do so. That gap is closed only when some wider public interest (the Director of Public Prosecutions Act speaks of “the general interest”) outweighs the standing public interest in having politically independent prosecutions.

What is wrong with it is an understanding of legality that is limited and superficial. It’s limited because all it means is that deferred prosecution agreements are on the books.

It’s not far off to say the AG’s default, as a matter of public interest, should be to side with the Director of Public Prosecution’s judgement.   In effect, the burden should be on those who want to convince an AG to overturn a prosecutor’s decision.

What we have in the SNC-Lavalin case, it seems, is the mirror image. It appears to be a situation where the attorney general had to demonstrate why she wouldn’t interfere in the decision of the Director of Public Prosecutions. In a healthy democracy, a law that creates the exact opposite effect of what’s intended is not a law that can be justified simply because it’s on the books.

Tomorrow: The Law of Closed Doors

The Law of Closed Doors

Prime Minister Trudeau expelled Jody Wilson-Raybould and Jane Philpott from caucus this week to staunch what he called a political civil war among federal Liberal MPs. But in the second of her two-part Convivium essay, Ruth Dick argues Canadians’ real focus must be law that lets the privileged plead their case behind closed doors.