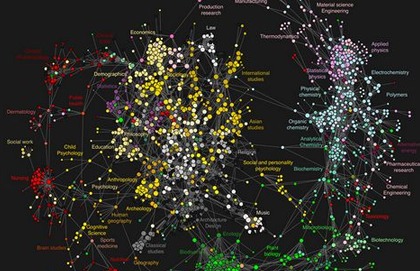 One of the institutional forms of research is the think tank—an organization designed to generate knowledge that can in turn shape how decisions are made by governments, markets, industries and institutions. What will think tanks look like as the network information economy matures? What will happen to think tanks that were heavily influenced by the industrial model of hierarchies, proprietary ownership of information, centralized resources, and the idea of elite experts? What will persist from that culture? What will become irrelevant? Will that transition work itself out through think tanks adapting to the new conditions or will a creative destruction pattern emerge where the old guard drops off and makes room for new arrangements that meet our need to apply intellectual labour to the problems of our time? 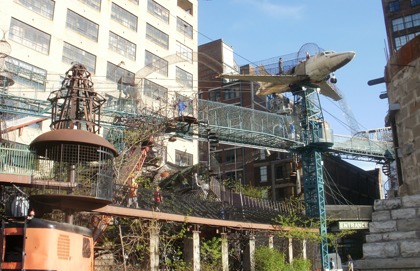 Perhaps a prior consideration is needed. What model of research and dissemination have think tanks generally followed? Have they been shaped primarily by market, firm, or social transaction approaches? How they are being shaped by the changing information economy will depend to some extent on what model or models they were following.

Three of the conditions that are giving rise to a more robust network information economy are: 1. The distributed digital machinery communications and exchange; 2. The significant supply of primary raw materials of information, knowledge and culture are considered a public good that can be used in significant ways by anyone; 3. The architecture of the internet allows extraordinary and diverse combinations of people, resources and projects because of the highly modular nature of the internet structure. The effects of these changes are being felt by all institutions. Some organizations are successfully adjusting, others are entrenching and hoping the storm will pass.

In the context of the industrial-to-network information economy discussion, Benkler argues that:

"Because of these effects, social sharing and collaboration can provide not only a sustainable alternative to market-based and firm-based models of provisioning information, knowledge , culture and communications, but also an alternative that more efficiently utilized the human and physical capital base of the networked information economy. A society whose institutional ecology permitted social production to thrive would be more productive under these conditions than a society that optimized its institutional environment solely for market- and firm-based production, ignoring its detrimental effects to social production." (The Wealth of Networks, 116)

Will think tanks be winners or losers in this turbulent change? Can research and policy organizations invent new structures and processes which will not only survive the transition but thrive in the changing conditions? Do they need to change?

Fair uses media citations to rank think tanks in the US and discovered in 2007 that there was a 17% decline in think tank citations that year. That isn't particularly useful in answering the question of how think tanks will fare in coming years but it does point to a legitimate interest in understanding how changing knowledge generation, use and distribution will affect research and policy organizations. Mass collaboration, distributed research, networked knowledge, and many other expressions of the changes we are all experiencing appear to be permanent conditions. Will think tanks adapt to these changes and flourish or will the granular bits of the emerging network sift in around old forms and fossilize what remains?