About a year ago, I saw a statue of the Pieta that someone had donated to my friend’s parish. It was placed in a relatively inconspicuous part of the church campus and was frankly hideous, with distorted limbs and blunt facial features. As pastor of the parish, my friend accepted it as an expression of devotion on the part of the donor and neither of us gave it much thought after that.

Until I saw an article in the local diocesan paper describing how this very statue had become the latest target of church-related vandalism that was spreading both locally and internationally. Churches have been targeted in both North America and Europe, with little clear motivation. The perpetrators could have been fundamentalist Protestants, fundamentalist Muslims, Satanists, left-wing secular activists, or simply mentally unbalanced. Any of these would have an interest in going after Catholic churches. The motive has never really been established in many cases.

Come to think of it, statue-smashing has become a prominent phenomenon since I put together my earlier reflection on idolatry and how it has sunk our society into acedia and despair. There are a few outstanding examples that show broad-based support for this activity.

Back in the mists of time before COVID-19 attempted – with some success, to take over the role of the Almighty, there was a synod in the Vatican focused on the needs of the Amazon basin. This synod was set up to deal with the pastoral and spiritual needs of the people who live there, along with preserving the biodiversity of the rainforests and social justice concerns such as the expulsion of Indigenous peoples by both private and government interests. Those issues, however, were not what captured the attention of Catholic media. Rather, it was the presence of a set of figurines. These were wooden statues of a pregnant Indigenous woman that showed up in some of the Vatican ceremonies.

The figures – at least three of them from what I can tell – were chucked into the Tiber River by a young Austrian man who saw them as being idols of the pagan Andean earth goddess, Pachamama. The idea is that they were a form of syncretism. The young man was a devout Catholic, not an adherent of Jack Chick’s pamphlets though one may be excused for thinking this to be the case.

Closer attention to the origins and context of the Pachamama figurines shows that they were possibly purchased at a tourist market in Manaus by a Catholic NGO and then brought to the Vatican. They were Indigenous folk art, probably destined for the tourist trade like the prints of Egyptian mythology that I purchased while visiting there a few years ago. Pachamama herself was an Inca goddess from the Andes: a different geographic region and culture from the lowland Amazon upon which the synod was focused. The statues were simply of women.

They were, however, used in some of the ceremonies of the Synod in the Vatican. There are videos showing this. Indeed, some of the videos show people bowing and showing deference in the presence of the statues. Although the Vatican did say that the statues were brought into the Synod “without idolatrous intent”, who’s to say that they weren’t lying? If the higher-ups in the Church can cover up abuse and stealthily promote liberal moral laxity, they are certainly capable of lying. 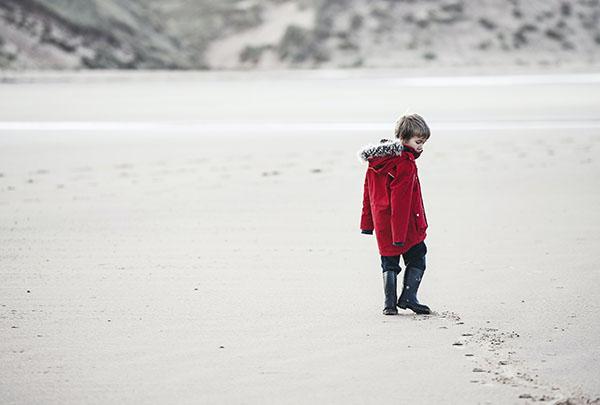 Iconoclasm is more than an annoying brand of vandalism. It is a threat to civilization and human life and has emerged numerous times in history. The Church of the Holy Sepulchre – arguably Christianity’s most significant shrine – has been smashed and re-built multiple times. But some of the most recent examples provide a warning to us.

But a closer look at the placement of the “Pachamama” figurines in the ceremonies shows that they are not alone, and not the centrepiece of the ceremonies. They actually look as though they are part of a diorama: that is, an exhibit that showed a microcosm of the Amazon. This included along with the female figurines, trees, canoes, fish, parrots, and the blue river itself. They also looked as though they were placed below and in front of the altar, on the ground: not on top of it as an object of worship. The women represented the people of the Amazon and life itself: birth and renewal. The tableau reminded me more than anything of a Christmas crèche: in which case disposing of the Pachamama figurines would be analogous to tossing the shepherds from the crèche into Toronto’s Don River because they represent the pagan shepherd god Pan.

Such a crèche may indeed be tossed – or at least canceled – from public spaces nowadays. The instigators of this action would come from another quarter and have a different argument. In this case, the figurines represent Western imperialism, colonialism, Christian triumphalism, patriarchy and other evils. This left-wing iconoclasm has been in the news a lot in 2020. It has been going on for a while, but the pandemic seems to have accentuated it.

The recent phase of this strain of statue-smashing started with the removal of Confederate leader monuments in the southern United States. I saw an empty plinth in New Orleans in 2017. I don’t recall who used to occupy the space, though it wasn’t Robert E. Lee: presumably it was one of his minions. In many cases, the Confederate statues date from the mid-20th century and were indeed erected as a form of racist defiance against the civil rights movement. A museum showing them as a display of this chapter of history would probably be the most appropriate venue for them. They don’t belong in a place of honour.

However, the left-wing statue smashing has expanded to include figures who are honoured for other reasons but who also exhibited failings in the racial department. Sir John A. Macdonald comes to mind, as does Thomas Jefferson south of the border. Of the few church statue smashing for which a motive can be identified, some have been tagged with Antifa graffiti though others had Christian fundamentalist graffiti.

Iconoclasm is more than an annoying brand of vandalism. It is a threat to civilization and human life and has emerged numerous times in history. The Church of the Holy Sepulchre – arguably Christianity’s most significant shrine – has been smashed and re-built multiple times. But some of the most recent examples provide a warning to us.

In 2015, Daesh (ISIS) took over the historic site of Palmyra in Syria. They systematically demolished most of the historic site but did not limit themselves to that. The museum curator joined the statues that they demolished. He was beheaded and his corpse was put on display with a placard declaring him as “Minister of Idolatry.” Daesh did not eschew images in this case; rather, they placed a decapitated corpse, presumably suffering eternal damnation, as the object for our contemplation. This has been tried before (John 19:5) both with religious justification (Mark 14:64) or anti-religious justification (Wisdom 2:18-20). Meanwhile, the news this fall included several successful and attempted murders at French places of worship, also carried out in the interests of abolishing idolatry. The true target of the fanatics of various kinds is not merely images in general, but the image of God.

The true target of the fanatics of various kinds is not merely images in general, but the image of God.

One of my favourite spots in Toronto’s Royal Ontario Museum is an exhibit of Chinese Buddhist frescos compiled from a couple of monasteries. These had been rescued from looting by an Anglican bishop in the early 20th century. The monasteries no longer exist. If they had survived the chaos of looting then, it is likely that Mao’s iconoclasts in the Chinese cultural revolution would have demolished them just as the Daesh did to Palmyra.

The Paradise of Maitreya fresco dates from the same time as Dante’s Divine Comedy and echoes some of his imagery. The piece is remarkable for the way it combines individual enlightenment with coming together in community. The figures, which seem to show some Byzantine influence, are rapt in their own interior illumination. At the same time, they exhibit a deep unity with one another. There are a couple of worldly leaders: monarchs or potentates, who are turned to face the saints in an attitude of deference. The buddhas and arahants also are facing the viewer, extending an invitation to join them.

Downing a Fighter for Indigenous Kids

Alan Hustak reports on the removal of a statue honouring the 19th-century priest who suffered a nervous breakdown battling Ottawa over its abusive residential school system.