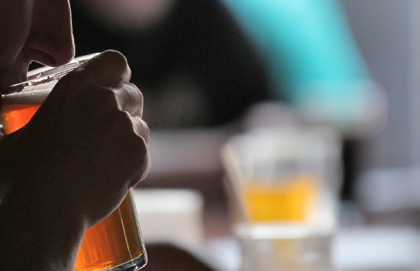 There is a little bit in Adam Smith’s The Wealth of Nations where he gives five circumstances that help explain wage inequality. As someone who has long made the case for the trades, and the intrinsic meaning of working with your hands, the one that has always fascinated me goes like this:

A journeyman blacksmith, though an artificer, seldom earns so much in twelve hours, as a collier, who is only a labourer, does in eight…[the reason for this is that] honour makes a great part of the reward of all honourable professions.

I was reminded of this snippet while reading an article in the Economist’s lifestyle magazine, 1843, on the rise of the craft economy in the US. Written by Ryan Avent, author of the very good and readable The Wealth of Humans, the article is worth reading not just for its mouth-watering descriptions of whiskey, beer, and pickles but for the questions it raises about work, wealth, meaning, and satisfaction.

Avent looks at the small, but increasing, number of people in the white-collar professions who are quitting their jobs as IT professionals, management and PR consultants, lawyers, lobbyists, analysts and the like to pick up a craft. They don’t make as much money, he notes, but “for the proprietors of craft businesses the work is hard but the life is good...  Their job is cool, and they know it…One consequence is that employment in the craft economy, once the domain of hippies and eccentrics, now carries a certain status.”

To slightly paraphrase Smith: Coolness and status make up for the lower wages.

There are all kinds of interesting matters to contemplate in the article ­­– on the relationship between wealth and craft, on what sustains production of a $10 pickle, the difference in attentiveness required for mass production and small batches – but what I find most interesting, in light of the Smith quote above, is that it is white-collar workers who are cast in the role of the collier in this story.

The high wages for white-collar workers could be explained by one or more of the other reasons Smith gives for wage inequalities, particularly the difficulty in learning the skills needed to do white-collar work. (Basically, you need to spend a lot of time and money for schooling to get into the white-collar jobs.)

Their output is an abstraction – an analysis, perhaps, that leads to a chunk of money sitting in one bank account rather than another – in which it is sometimes hard to take pride. Success is relative – performance is judged by reference to the salaries and achievements of peers – and so is inevitably incomplete, for there is always someone working harder and earning more. Tasks are shaped by colleagues’ and bosses’ decisions. Sometimes this feels like teamwork, sometimes like powerlessness.

Perhaps it is not just the education that explains the wage difference. Perhaps, like the collier who expected more money because the work was dirty and mindless, “the disagreeableness of the employment itself” is a reason why people need to be paid such high wages. As the collier was compensated for the use of his body by high wages, perhaps the white-collar worker is compensated for the use of her/his mind.

Perhaps this might also offer another explanation of the huge market for craft goods. Avent notes that the purchase of craft beer, or pottery or pickles, is marked by a drive for social differentiation. Your small batch whiskey is an “attainable luxury” and a way the “new elite found non-monetary ways of distinguishing its pleasures from those of the hoi polloi: authenticity, knowledge and values.”

But I wonder if the phenomenon might also be explained (I don’t think the two are mutually exclusive; people are complicated) as an attempt to vicariously live a life where meaning can be seen, touched, or tasted at the end of the day.