The savage treatment of Falun Gong, enduring its 12th year of persecution, has now been exposed in many parts of the world. The meditative, self-cultivation practice involves an exercise program and focuses on principles of truthfulness, compassion and forbearance.

In 1999, when approximately 10,000 practitioners seeking legal recognition mounted a silent protest at Beijing Communist Party headquarters, the movement—numbering between 70 million and 100 million by the regime's own estimate—faced brutal repression.

Deemed a threat to the Party by then-president Ziang Zemin, Falun Gong was outlawed. A program of incarceration and re-education was initiated. Tens of thousands of practitioners were apprehended and many were relocated to forced labour camps, where they were tortured and pressured to recant. After an independent investigation, David Matas and David Kilgour concluded that the Party-State was also covertly engaged in a widespread program of organ pillaging from incarcerated practitioners for sale to "organ tourists" and wealthy Chinese nationals (Bloody Harvest: The Killing of Falun Gong for Their Organs, 2009).

China's constitution states that citizens enjoy freedom of religious belief and protection of normal religious activities. However, the Party-State stresses that "religion must have mutual adaptation with socialist society." It defines what adaptation is required and by whom, so religions have to modify their practices to suit the political objectives of the Party (Clay Chandler and Phillip P. Pan, "China's Leaders Uneasy about WTO Entry," Washington Post, November 13, 2001).

After seizing power in 1949, Mao Zedong had churches destroyed. During the Cultural Revolution from 1966 to 1976, Maoist doctrine championed the "death of God." Religion was banned. After Mao's death, China began limited political liberalization, which led to a loosening of restrictions on religion.

Last January, SARA declared that the State should "guide believers who attend privately established venues to the activities of registered . . . religious venues." Later, prompted by the uprisings of the Arab Spring that began in 2010, a crackdown on dissent led to the detention of hundreds of bloggers, lawyers, artists and rights activists.

Illegal religious groups attract increasing numbers of followers, from unemployed workers to well-educated, affluent congregants whose spiritual hunger is not satisfied in Patriotic churches. They are " . . . on a moral collision course with a government that [seems] soulless" (Ursula Gauthier, "Why Do Groups in China Put Authorities on Red Alert?" TIME, June 2, 2011).

Judged as amplifying latent anti-government sentiment, these groups are seen as destabilizing forces undermining the Party-State's authority. On the pretext of political and national security, suppressive campaigns are mounted against them. "All religions are persecuted... . If it were up to the Chinese Communist Party, there'd be no religion...in China" (Todd Nettleton, VOM Newsletter, November 2005).

Both Catholics and Protestants have suffered from persecution by the Party-State. Jubilee Campaign's Wilfred Wong says, "China's...leaders [are] trying to consolidate control as [the country] goes through rapid social and economic changes.... [They] feel threatened by any popular ideology...different from their own."

China's Christians, especially those refusing to worship in the tightly regulated churches, are seen as one such threat (Kate McGeown, "China's Christians suffer for their faith,"BBC News, November 9, 2004).

For the first time, underground churches, with memberships thought to total tens of millions, are unified in pushing for legal recognition. "At the rate the Church is growing, thirty years from now China could be a...Christian nation" (Nettleton, 2005). The government, concerned that faith in God is subverting faith in the Party, vilifies churches and their networks.

In a recent assessment, the U.S. Commission on International Religious Freedom criticized China's attempts to destroy churches and shut down "illegal" meetings of Protestants and designated China as a "country of particular concern."

The Cardinal Kung Foundation notes that in 1957, the Party-State created the CCPA as an "official" church to replace the Roman Catholic one. It transferred all the properties of the latter to the former, leaving the "existing loyal-to-Pope Roman Catholic Church penniless and illegal...Roman Catholics in China risk persecution by defying their government's instruction to join the Patriotic Association to reject the Pope's supreme authority. By remaining obedient to the Pope and by not registering with the Chinese government, the Roman Catholic Church is outlawed in China and is known as the 'underground,' 'loyal' or 'clandestine' church. Members have been severely persecuted by the Chinese Communist government. This persecution continues and gets worse at a time when China is given much freedom in business and finance...at a time when China is working hard to claim its status as an important member of the international community." 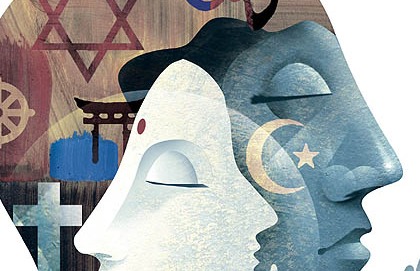 Richard McGregor, former Beijing bureau chief for the Financial Times, wrote in The Party: The Secret World of China's Communist Rulers (2010): "After years of...talks, the Vatican has not been able to reconcile its worldwide prerogative to appoint bishops with the CPC's insistence that it alone has the right to approve their choice for the...Patriotic Association.">

Due to their avowed loyalty to the Vatican, a "foreign interference" according to the Party, the faithful face ongoing repression and the incarceration or house arrest of their bishops.

The CCPA is not "Catholic" because it conducts ordinations without papal mandate. The right of the Pope to appoint bishops is fundamental to Church unity. In 2007, Pope Benedict XVI wrote, "The proposal for a Church that is 'independent' of the Holy See...is incompatible with Catholic doctrine."

By late 2010, any thought of co-operation between the Vatican and the People's Republic of China collapsed as the CCPA began forcibly gathering bishops for an assembly to elect a new national president of the Patriotic Association and president of the Council of Chinese Bishops. Some resisted and fled; others refused to participate.

Beijing places enormous pressure on priests and lay people to go along with its choice of bishops amid calls from Rome to resist. In June, in a step upsetting to the Vatican, the CCPA announced it planned to appoint more than 40 new bishops ("China's statecontrolled Catholic Church defies Vatican," The Blaze, June 23, 2011). Aside from concern over the kidnapping and arrest of bishops to participate in fraudulent elections and sham ordinations, there are grave implications for all Catholics, who fear more interference in Church life and a renewal of past reprisals.

In 1996, David Kilgour visited Beijing as part of a trip sponsored by the Christian Embassy of Canada and, with others, met "Bishop" Fu Tieshan at his PartyState office. In 2003, Fu accompanied a religious affairs delegation from China to Ottawa. Some months later, Fu became vice-chair of the Party-nominated and dominated National People's Congress. When he died, the Catholic News said that as "Bishop" since 1979 Fu had "continuously taken sides against the Pope, the Vatican and the people of China."

The current crackdown focuses on evangelical Protestant groups in the underground House Church and urban Free Church movements because of their rapid growth. It is "the tensest standoff over religious freedom since the brutal crackdown on Falun Gong adherents after they made similar calls for official acceptance" (Brian Spegele, "China's Growing Protestant Force," UCA News, July 28, 2011).

Purporting to control the church so that foreign interests cannot use religion as a political tool against socialist China, the State claims that reports of persecution are "stories created to deceive overseas Christians" ("China refutes distortions about Christianity," www.china-embassy.org/eng/zt/zjwy/t36493.htm).

Beijing's Shouwang Church is the current target. Ejected from rented meeting space in 2009, the church bought its own property—only to be stopped by the government. Ousted from rental space again last spring, the 1,000-strong congregation met outdoors. Their services were disrupted, hundreds were detained, and the pastor was placed under house arrest.

Seventeen underground church leaders subsequently issued their first government petition—an unprecedented act of defiance—seeking an overhaul of laws regulating religion. An April editorial in the Party's Global Times reflected the State's thinking: "A church should not become a power which can promote radical change....Otherwise, [it] is not engaged in religion but in politics, which is not allowed...." (Spegele, 2011).

In 1959, Tenzin Gyatso, the14th Dalai Lama and Head of State, fled Tibet when Mao's Chinese troops crushed an uprising. Despite the stature of His Holiness as a much-loved spiritual leader, Nobel Peace Prize laureate and international statesman, Tibet is still ruled with an iron fist by China while tens of thousands of exiles live in neighbouring India and farther abroad.

"China has made no secret of its bid to wait him out, hoping that when he dies, the Tibetan movement will suffer from divisions and lack of focus" (Mark Magnier, "New Tibetan prime minister in exile sworn in," Los Angeles Times, August 9, 2011).

The Xinjiang-Uighur region in China's northwest—a scene of rioting, injuries and deaths in 2009—erupted in violence again at the end of July. The large Muslim population considers Xinjiang its homeland and protests Chinese rule. On July 18, 2009, police shot 14 "terrorists" who had allegedly attacked a police station and killed four people.

Commenting in the Washington Post, the World Uyghur Congress, an exile group in Germany, said the protesters were trying to rally at the police station in support of detained people when police opened fire on them. Amnesty International accuses Chinese police of torture and secret mass arrests to repress the Uighurs ("Violence erupts again in Xinjiang-Uighur," upi.com, August 1, 2011).

Socio-economic changes have transformed China into a society of paradoxes, "[one] which opts for an open market but remains under totalitarian rule, a land where the extremely rich and extremely poor co-exist, a job market filled with...opportunity and devastation, a ruling [Chinese Communist Party] with capitalist members trying to protect the proletariat, and a market policy advocating survival of the fittest in a socialist society. When paradigms shift...people ...turn to religion as a source of stability" (Flemming Christiansen, "Will WTO Accession Threaten China's Social Stability?" in China's Accession to the WTO, 2002).

Although authorities pursue containment and control, "society is changing so radically and rapidly that there is little hope of containing religion...by force or legislative means" (Pitman B. Potter, "Belief in Control: Regulation of Religion in China," China Q., 174, 2003).

Advancement of religions would transform China into a more pluralistic and democratic society. "By cultivating a society with sound moral foundations, China will fulfill a necessary criterion for a developed and civilized society" (Potter, 2003).

Twelve years after the Falun Gong crackdown, "The stakes are higher: a full-scale campaign against underground Christians could risk not only domestic resistance but also damage China's international standing and bring condemnation from Christians worldwide (Spegele, 2011).

The Christian movement, with co-religionists numbering probably more than two billion now worldwide, could prove much harder to repress. "When Falun Gong organized its sit-in, the state became alarmed," says Lian Xi, an expert on Christianity in China. Now, "I think it has the same fear of the Christian church . . . to mobilize the masses" (Spegele, 2011).

All people of faith and governmnets must let the government of China know continuously that we cry its tactics of persecution and intimidation against spiritual communities. In his recent blog, deacon Keith Fournier of Catholic Online lamented Western governments' silence. "We should ask ourselves . . . are we sacrificing our fundamental obligation to defend . . . human rights because we depend on the economic assistance of a repressive regime?" Or, as bluntly expressed by U.S. Secretary of State Hillary Clinton, "How do you talk tough to your banker?" (Fenby, 2011).