Leaving the theatre after watching director Greta Gerwig’s Little Women, I was disappointed. The film itself wasn’t a disappointment although, in my frustration, that was my initial conclusion. I realize now, a few days out, that my feelings after first-watch were my own fault. I went in with lofty expectations, inspired by many positive headlines and social media posts about this new adaptation, which slowly broke down, scene after scene. With a few days to process and conversations with friends, I realized that was a good thing.

Little Women continues a lengthy history of film adaptations—not to mention stage productions and musicals—dating back to the 1910s. It tells the story of the four March sisters: graceful Meg, ambitious Jo, gentle Beth, expressive Amy. The story follows the timelines of each sister as they grow up through adolescence in a time of economic deprivation and tangible limits on how women can earn a living. Each is an artist, with dreams and goals for making her way in the world.

The 1994 film version has long been my personal connection to Louisa May Alcott’s classic novel. For years, it was my favourite movie; my guilt-free evening treat after exams during my undergrad, and the movie I looked forward to at Christmas. Although I love the story, I must admit I’ve never read the book. I did read a Classic Starts version for young readers when I was 13, which I was very proud of at the time.

I held fierce protectiveness over the film, the cast, the screenplay that I knew, and after I watched the preview for Gerwig’s 2019 rendition for the first time, was skeptical and nervous. This new star-studded cast intimidated me (even though all the film adaptations featured major and upcoming stars of each respective time). I didn’t want the version I treasured to be replaced, or worse, overtaken.

The 1994 Little Women tells the chronological timeline of the sisters’ lives, so I naturally assumed Gerwig would take her impressive cast and give us a 2.0 version of the story, blowing me away. I was surprised to find out Gerwig made the movie a sliding block puzzle rather than a consistent timeline, deconstructing the sequential flow of the story, leaving us to piece it together as we went along.

Through her unique cinematography, Gerwig displayed the novel’s chapters like a mosaic. At many points, the scenes appear severely contrasting. In one scene, Jo sobs and with no fade-out or musical transition, she smiles as she watches a wedding take place several years earlier.

Towards the end of the film, we see Jo writing anecdotes from her childhood—the scenes we flash back to—about five to seven years earlier. Then that notebook gets hand-translated into sheets of paper that later become the first draft of her novel. 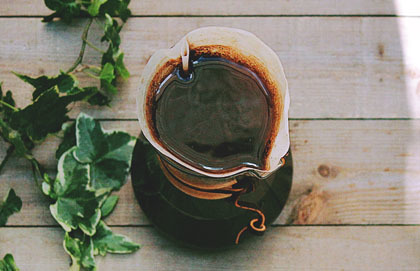 Every Moment Holy
Do We Need Stories?
The Cultural Mousetrap of Cats

If you’ve seen the film, you know the scene: Jo in the attic, a wide-open floor, trunks and tables pushed to the corners of the room, her writing desk by the window. She sets her notebook upright and begins copying down the vignettes of her past that she wrote for her sister, Beth. Jo has made a courageous choice to write about the “domestic joys and struggles” of her family, her sisters, herself, and of growing up, instead of what “sells” in publishing.

The sequence continues in a montage through the night, and on for days. Jo writes at her desk, on the floor, on the sofa, always leaning forward, periodically flexing her cramping hand and switching the pen from a right- to left-hand grip. She has the pages laid out on the floor in rows, adding, swapping, and moving whole rows up and over. She’s mapping out the story. She’s making it right.

It was during this sequence that something clicked. While Jo slid entire handwritten pages around the floorboards into her desired order, Gerwig was doing the same with her script. While Jo was trying to wring all the memories out of her head onto each page through her quill, Gerwig took those vignettes and placed them in her own on-screen order to convey the change and growth of each girl. Gerwig presents a screenplay that I initially found incredibly frustrating and choppy. It asks us to understand these lives as a mosaic of impact, parallels, and outcomes that show the cruelty, as well as the beauty of life’s moments—something we can only experience through reading the rearranged pages of a book or the scrambled cutaways of a film.

My honest feedback now is an echo of the reviews that comment on the brilliance of this adaptation, how it stands on its own as a fresh telling of the classic novel for all generations. The details and lines Gerwig pulls out speak to everyone: the willful, the ambitious, the creative, the shy, the grieving, the girl, the boy. This is the story of family members who believe in each other, who fight for each other, and who grow together through deep joy, loss and loneliness.

Many friends cite interviews they have read with Gerwig. Most find they understand the film better from her comments and insight—which is my point. My frustrations have since brought me into hours-long conversations with friends about love, family, sisterhood, and a myriad of opinions about the characters’ depictions. How Amy (played by Florence Pugh) was redeemed for one friend of mine, and how Laura Dern’s Marmee character depth was the best we’ve ever seen.

And because this is a story dearly held in a unique way by many, it’s an adaptation that needs interpretation to be fully appreciated, so that we don’t stay stuck in our lofty expectations as I was.

I, too, read an interview with Gerwig a few weeks before I saw the film. I was careful not to read too much before I saw the movie in order to protect its sacredness, but I came across an interview piece between Ingrid Randoja and Gerwig in the Cineplex magazine I’d picked up a few weeks before. Gerwig answered a question on how she wanted people to feel when they left the theatre after taking in her rendition of this classic story:

“I want them to go write the book, write the song, write the play, run for office, do the thing…. I want all women and girls to walk out feeling like they have a fire under them.”

I can’t deny that on my way home that night, I found myself reminded of how much I missed writing. I felt motivated to learn from Jo’s determination, Amy’s dedication, Beth’s belief, Meg’s grace, and Marmee’s patience and to “do the thing” of writing again.

Despite my complaints and bitterness, Gerwig won me over. I’m certainly not the only skeptical heart who cares enough about the story and this family to look beyond the surface of what we saw on the screen, to understand how much Gerwig treasures Louise May Alcott’s story too. Because, in the end, we don’t always want to get what we expect. An echo chamber might be comforting at first, but it fades into boring very quickly. And this story should never and will never be boring to me.

Do you have liturgy at the ready for ordinary life? Today, Convivium contributor Anthony Diehl reviews Doug Mckelvey's Every Moment Holy, a liturgical companion that baptizes the everyday in prayer.

Do We Need Stories?

Contrary to our common sense, Parks notices a curious attraction to Rushdie's idea that "all the different stories of the world flow together in a great ocean of narrative And the reason Parks is suspicious of such storytellers is due to his low opinion of most readers: "People tend to use stories o...

The Cultural Mousetrap of Cats

The less-than-purrfect Cats movie presents an underlying problem with the way in which our entertainment industry claws at art and replaces it with something in-fur-ior.