When the herd panics, a stampede results: common in the animal kingdom. In the human world, it's happening with COVID infection. It's hardly surprising that COVID has caused worldwide panic, but the stampede toward vaccination passports is trampling on privacy.

Freedom of choice and rights to privacy are closely allied. In Canada the Charter of Rights and Freedoms protects Canadians' right to security of the person, including the right to choose which substances are inserted into one's bloodstream. Provincial privacy laws once offered some protection against having to disclose them, but these legal defences haven't withstood intrusion through vaccination passports. Provincial privacy commissioners declared in May 2021 only that forced disclosure of personal information for vaccine certification “is an encroachment on civil liberties that should be taken only after careful consideration”, a feeble response to loss of a basic right. The encroachment was made.

According to Health-Infobase, by September 18, 2021, 75.25 per cent of Canadians age 12 and over had received at least one dose of COVID vaccine (up to 90 per cent in some regions). Safety studies continue to flip-flop: is Astrazenica safe? Should second doses consist of a product different from the first? Should the time between doses be lengthened (or shortened)? What are the long-term effects of vaccines, how many people experience short-term effects, and how do they affect people differently with different genetic susceptibilities? It is hardly surprising if the “reasonable person”, defined in law as someone who exhibits “ordinary, reasonable and prudent” conduct and judgment, would decline to be part of a mass medical experiment.

Hesitancy used to be considered rational. “Hesitant” means cautious and scrupulous, a word derived from the Latin noun for pebble: "scrupulous."

Most Canadian hesitaters are neither anti-vax fundamentalists nor anti-science. Rather, they find it ironic that intellectual property privacy for vaccine manufacturers is protected (they needn't reveal the ingredients in their vaccine), yet personal privacy for patients is not.

Hesitancy used to be considered rational. “Hesitant” means cautious and scrupulous, a word derived from the Latin noun for pebble: “scrupulous.” Small points of hesitancy are like moral or practical pebbles on the path, grating and niggling. There are many pebbles on the road to mass inoculation, and those who notice them must, if the right to freedom of choice means anything, be allowed to hesitate and perhaps take a different route.

There are good reasons to get vaccinated and understandable reasons not to, but media and medical officials pressure citizens not only to get vaccinated but to persuade others to do so, which some consider an intrusion too far. Many people don't want non-vaccinated people anywhere near them, but when the right to be safe from infection conflicts with the right of others to access housing, education and income, we need a more refined policy. 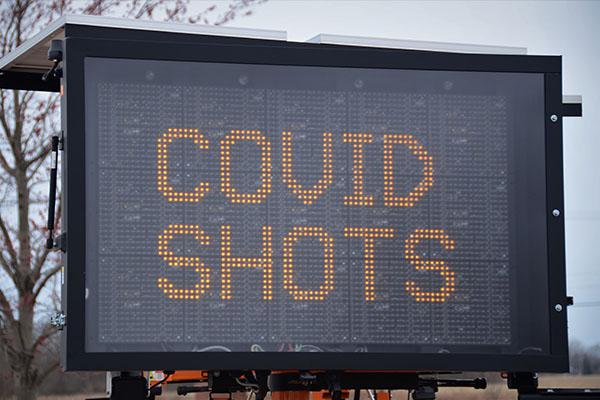 The digitality of the passport control is a secondary intrusion, for it involves QR codes, smartphones, palm or facial recognition, and creates a whole new pandemic -- of surveillance. Corporations get biometric software that maps and stores facial features under our privacy defences by promising “convenience” – for instance letting customers instantly unlock their phones, or facilitate easy consumer payments.

Yuan Stevens of the Cybersecure Policy Exchange at Ryerson University in Toronto, tells us that “in Canada it is currently possible to collect and share facial images for identification purposes without consent, and without adequate legal procedures, including the right to challenge decisions made with this technology.” This includes decisions by government and business to exclude the non-vaccinated from resources and services, creating an underclass with fewer rights than other Canadians enjoy.

Now the Public Health Agency of Canada demands digital proof of vaccination in order to travel. The data management platforms used open the door to general tracking of individuals' movements across international borders. Once everyone is forced to own a smartphone -- a herding device – the planet becomes a collection not of nations, but digitally guarded camps. Entering and exiting them will be like entering and exiting maximum security prisons.

Which agency is protecting the public against vaccine policies that wipe out privacy faster than you can say extractivism? We need a legal shield of privacy-plexiglass.

This is not the result only of the pandemic. The world has always had pandemics, quarantines, and guarded borders. The turning of the world into a series of armed camps is a result of advances in digital surveillance technology and smartphone uptake. Anonymity will henceforth be impossible, privacy a historical artifact.

Canadians learned how smartphones track our physical location as well as our data trail, when the controversial “smart city” deal between Toronto and Google-owned Sidewalk Labs collapsed, partly due to fears about civic surveillance. Vaccination certification has the same “huge data-mining potential of an app whose use would create many otherwise unobtainable very large data sets … An amazing gold mine for data extractivism,” warns Mariana Valverde.

Already the CBC has revealed that the “private proof-of-vaccination app Portpass exposed personal information, including the driver's licences ... of users” when we were still only weeks in. People download private apps because “the government hasn't yet made one available.” Should they not have done that first (if a secure one can be guaranteed at all)? The Privacy and Access Council of Canada says those who fear their information may have been compromised can notify the Office of the Privacy Commissioner, but how protective have they been?

Which agency is protecting the public against vaccine policies that wipe out privacy faster than you can say extractivism? We need a legal shield of privacy-plexiglass. Although B.C. Provincial Health Officer Dr. Bonnie Henry continually urges the public to get vaccinated, she did originally come out against the imposition of vaccination certification, citing its potential to create inequities which will do more harm than good. In this she was stauncher than the provincial ombuds-office, which only recommended “guidance” to “help prevent unfairness from occurring.” A resurgence in COVID case numbers overcame Dr. Henry's hesitancy, and the stampede increased.

Angus Reid polls reported that by September 7, 2021, support for forced revelation of vaccination status in order to access public places had risen from about 55 per cent to 75 per cent. Canadians once treasured universal access to health care, but now 46 per cent believe that unvaccinated COVID victims should be denied the right of equal access.

This pandemic is changing Canadians, making them hard, angry and uncompassionate.

Canada lacks a “Private Lives Matter” movement. We know that free speech, security of the person, and privacy rights are the three pillars that hold up a democracy, and we should not be stampeded by emergency thinking into consenting to give up any of them. The legacy of COVID will go one of two ways: either to a worldwide tightening of the surveillance net, or an alarmed last-minute resolve nation-by-nation to strengthen civil liberty and privacy organizations.

As writer Inkar Nación tracked her family’s two weeks of COVID quarantine absurdities, she understood that beneath the liberty to tell the truth lies the nucleus of human freedom.