She was waiting at the corner of Sanguinet as my wife and I drove along Ontario early on a Sunday morning in downtown Montreal. We had the green light but she, pushing a stroller and with a toddler by the hand, casually started strolling across the street against the red.

There was no time to do anything but lean on the horn to make sure she saw us and swerve into the oncoming lane to steer around her. We made it past her safely as she took urgent steps back toward the curb, children in tow.

When I looked in the rear view there she was again, a middle-class moving-target mom in the centre of the street. Death avoided. Ho-hum. On with the day.

Even by Montreal standards, where normal pedestrian practice is to take a lead off from the curb like a runner in Major League Baseball, it was an amazing display of utterly pointless risk-taking.

Reflecting on it after my heart returned to my chest and my pulse slowed down enough to let me breathe, it struck me that the oddest thing about the incident was how emblematic it was. 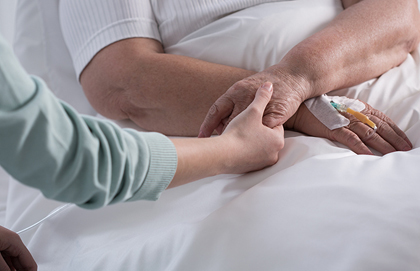 A Truly Bizarre Lapse
Airports and . . . Train Stations? Where Freedom is Put Out to Pasture
Evil Explained Away

It was emblematic not just of the behaviour of oh-so-manic Montrealers but of a generalized, and I think relatively recent, Canadian habit of breaching the small laws that make civilized life possible.

It's a habit that has to be distinguished from the great roiling public acts of law-breaking such as the hockey and G20 riots that have plagued Toronto, Vancouver, and Montreal in the past few years. It certainly must also be differentiated from gestures of civil disobedience such as the Occupation protests of past weeks.

We obsess about such big events when they occur because they are so loud and bright we almost cannot look away. Lately, though, I find myself drawn to the dozens of acts a week that constitute individual acts not just of minor lawlessness but of almost self-righteous contempt for the idea that law is binding on individual behaviour.

To illustrate an arc with one pointed example, last week I was sitting at a stoplight when I noticed a motorcycle policeman giving a motorist a traffic ticket on the other side of the road. His business completed, the cop got back on his bike, did a U-turn in the middle of the street, turned on his red and blue flashers to go through the intersection against the red light, got to the other side, turned his flashers off, and proceeded on his way. I have no idea how many laws and regulations were violated in his 30-second spree. I am willing to bet, however, that every witness thought some variation of, "And now I should obey the law because . . .?"

This risk is perilous in a general sense, just as a lone mom playing chicken with her children dangerous on an individual level.

What it spreads like a bloodstain is the attitude that actual obedience to the law—to the idea of law—is an act of character weakness. It spreads the habit of mind that the law is for everybody but me. In so doing, it degrades citizenship by conveying the general belief that to live within the law is to be a sucker, a patsy, a maroon. It subordinates the sine qua non of civilization to the illusory superiority of individual judgment and, worse, desire.

As I crawl on my hands and knees through the middle of life, I see what I count as mounting evidence that we are descending into comfortable savagery as Canadians, as North Americans, as inheritors of the Western tradition. I do not mean that in the curmudgeonly sense that everything is spit and broken glass. There is always the Apple iPad to remind us of the genius at the heart of our way of life.

But in our small acts and small customs, we are losing ground. Indeed, when mothers, by force of habit, risk their children's lives to break the law while crossing the street on a Sunday morning, we are in something worse than serious disarray.

Airports and . . . Train Stations? Where Freedom is Put Out to Pasture

Those who find such a claim slightly excessive should spend extensive time travelling, as I do, by VIA Rail and then return to air travel via one of our major landing strips I drove past my local VIA Rail station, and it looked to me as though they were unloading off the back of a truck something th...

In a public discourse that cringes from the language of good and evil, and which places objective reason as the anchoring foundation for sorting through the questions of how we live together, this is all unsettling As I noted in a Globe op-ed on this case last year, the Christ-less Christianity Brei...