During a conference several years ago, I listened with care as eminent visitors from Syria - ministers in the President’s cabinet and scholars from various disciplines - spoke about civilization and religion. Most quickly launched fierce critiques of the West, its diseases and crimes, its imperial and colonial projects, and the way state boundaries associated with many current conflicts were established. There was little contextual frame for an analysis, nor care for the gifts of genius either in Christian culture or the development of the civil society of the West.

After the third or fourth impassioned critique, the penny dropped. How remarkably similar my new Syrian colleagues sounded to faculty members in the humanities at the University of Alberta where I teach, and to other North American universities. The same set of issues, the same diseases and crimes occupied their attention. In both cases, the rich and textured historical development of both Christian culture and the civil West was painted over with a broad brush in the same colour.

Reading Maggie Berg and Barbara K. Seeber’s  2016 book, The Slow Professor, Challenging the Culture of Speed in the Academy, reminded me of that comparison. It prompted me to think again about long-standing concerns I have with how corporatization (and a concomitant spirit of critique) affects not only how but what a University teaches. From 1975 through 2005, university faculties have increased by about 50 per cent, a similar increase to the growth of the student population. During this same period university administration has increased by 85 per cent and administrative staff by 240 per cent.

Prior to this period, university administrators sought to help with the university’s central goal of educating the young so they could enter society in positions of leadership with an understanding of what constitutes a culture and how to nurture the civil society central to liberal democracy. Now, administrators regard the university as an end in itself. Institutional growth and proliferation is everything, and the faculty is hostage to their aims.

To retain students and increase enrolment, professors teach to ensure their student evaluations are favourable. Grades are inflated, gimmicks associated with new technologies are increasingly mandatory, and cultural fashions fill out course offerings. Students know they have the administration on their side to ensure they appear to do well and are properly entertained in the classroom. They mine the Internet to patch together what they think is an essay. Many are unfamiliar with the primary or even secondary books that have helped to shape Western culture and civilization.

Ron Srigley in his devastating article “Dear Parents: Everything You Need to Know About Your Son and Daughter’s University But Don’t (Los Angeles Review of Books, December 9, 2015) argues that we are all culpable: professors pretend to teach, students pretend to learn and we all pretend we are happy with what has happened. The regard for the actual education of the young, the mastering of a discipline and learning to think is no longer central.

Given this, do the humanities still offer an opportunity to fall in love with learning, to glimpse the way a culture – its art, ideas, institutions and history – unfold? Is the development of the civil canopy taught in a way that deepens our regard for its fragile treasures? It prompted me to remember Syria before all hell broke loose, to revisit what I heard and how it echoed with the central concerns of the professoriate over the last forty years. I was left wondering if Berg and Seeber’s book is, as it claims, a self-help book or is it rather the sounding of the death-knell for the type of university education my generation tasted and yet had trouble passing along in a healthy way to the next generation?

For more than four decades, humanities departments have given a preferential option to those who claim a firm commitment to one of the many current methodological and ideological perspectives. Your chances of an academic position are directly based on your dwelling in one or another of the following silos: post-modernism, post-structuralism, post-colonialism, deconstruction, or feminist and gender studies. More than your capacity to think deeply about arts and ideas, your methodological and ideological bona fides need to be firmly in place to make your way from graduate school to tenure.

Now, administrators regard the university as an end in itself. Institutional growth and proliferation is everything, and the faculty is hostage to their aims.

Each of these methodological or ideological perspectives is important, insofar as each shines a spotlight on a social disease that needs to be addressed. However, individually or together, they do not constitute a perspective large enough to support the intellectual life in a way that transcends basic critique. None of them gives one a place to stand from which to help the public world understand the enormous and troubling set of issues unfolding before us. 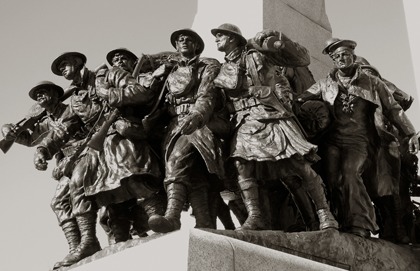 Berg and Seeber’s book - its 93 pages really make it more of a short essay - will take its place alongside a substantial and growing literature critiquing the corporate university. As with most good self-help books, it is friendly and supportive. It is also thorough. About 150 books and articles are cited. Each notion, idea, and detail is duly traced back to its source. As such, it lets the reader glimpse into the preoccupations of many humanities professors in public universities, and sketches their fears and disappointments.

The opening chapter, “Time Management and Timelessness”, anchors the authors’ thesis, articulated most clearly in “The Slow Professor Manifesto”: “We believe that adopting the principles of Slow into our professional practice is an effective way to alleviate work stress, preserve humanistic education, and resist the corporate university.” They diagnosis the make-work culture of the university, the rhetoric of fatigue, the concern that there is just not enough time for research or teaching preparation, to say nothing about spending time with students engaged in their intellectual formation. They point to the value of “timelessness,” the place in which one may digest and ruminate in ways that move one beyond simple regurgitation. Creativity requires such places in daily life. A series of practice suggestions are provided for those who may wish to recover such places in their life.

“Pedagogy and Pleasure” follows a similar trajectory, and leads the reader through exercises to restore pleasure to teaching. Junior faculty and beginning lecturers would find many of the recommendations useful and stress reducing.

“Research and Understanding” explores the curious way professors in the humanities have adopted the methods and culture of the sciences and social sciences. Instead of taking delight in the ways of thinking bequeathed by tradition, current and ever changing ideological fashions and administrative procedures have captured the centre of professorial work. The time, wide-ranging reading, and conversation necessary to understand have given way to increasingly narrow preoccupations. Again, the authors offer useful suggestions for triage given the culture of the university.

“Collegiality and Community” is, perhaps, the saddest chapter in the book. What once was at least a modest sense of collegiality has, as our authors describe, been reduced at best to convenient fraternal relationships for the sake of getting ahead in the academic rat race. Berg and Seeber point to the deleterious effect of this personally and professorially and for the future of the humanities. They do not have a set of remedies. They do give a set of cautionary notes:

The last point, though not the least, will be  cold comfort for those entering the professoriate.

Comfort is a task of triage but it is is not the whole purpose of medicine. Nor is it about health. It is about palliation, not essential revivification. Berg and Seeber contribute to the need for triage within the lives of the professoriate, but unfortunately do not say much beyond that. My own sense, however, is that triage is needed because of the corporatization of the university. Corporatization has captured the university because the humanities have lost their sense of public purpose: its capacity to cherish the tradition of the good, the true and the beautiful. They have become rootless, and must find their way back to the seed-bearing soil of culture and our fruitful life together in the polis.

Withering always occurs when ideology triumphs over the love of learning. The professoriate is left only with the language of critique and no ability to speak a deeper healing word to the struggles and trauma unfolding in civil society. It was apparently so in Syria as well.

Over the entrance to the great library of Alexandria, chiselled in garnet, were the words: “For the healing of the soul.” The humanities are not and cannot be about innovation, each new fact, idea or fad. Rather they are about the presence of the past and the possibility of integrating what is coming to meet us in a way that gives an abundant life.

Today, our universities have become accustomed to living a derivative life. In the case of corporatization, it is learning derived from a business model; in the case of a singular spirit of critique, it is engagement derived from (and, significantly, depending upon) an unhealthy host, which it nonetheless needs to survive.

Both corporatization and critique may easily become preoccupations that invite us, yet again, to not consider the central issues of how we have come to lose and yet may with effort regain the common concerns that have animated the liberal arts and their service to society.

Rather, corporatization and critique prove to be a result of the loss of vocation reduced to career opportunities, and no larger than the spotlight of ideological fashion, no larger than our disciplinary silos. It is a profound loss that turns good people inward to be captured by their own career. Many know better. Few have the courage to follow what surely animated their mind and heart when they initially discovered “the love of learning and the desire for God.”

The Slow Professor, Challenging the Culture of Speed in the Academy, Maggie Berg and Barbara K. Seeber (Toronto: University of Toronto Press, 2016)

Our editor-in-chief on the symbolism of the Ottawa shootings, scandal among the A-listers, and the Great Exception to the sexual revolution

There's a big fuss this week about a Queen's university professor inserting a "civility clause" into her course syllabus Notes Jonathan Patrick, a professor at the University of Ottawa, "The abuse of such a clause is not a totally outlandish thought ...

Against the seemingly intractable problems of world hotspots such as the Middle East, it can sometimes seem naïve to continue seeking solutions. The real answer, says former MP John Weston, isn’t surrender but cultivation of a civic culture that moulds people to believe they can make a difference.