The Hebrew prophet Daniel is an apocalyptic guy, so of course we’ve adopted him as our patron saint of the Apocalypse. We meet him first in the sack of Jerusalem by the Babylon King Nebuchadnezzar. It turns out he’s a total stud (Daniel 1:4 says he was “strong, healthy, and good-looking”), so he gets handpicked for the royal bureaucracy. The next time we meet him he’s on the fast track to imperial rock star. After a close brush with death, he impresses the King and gets minted Chief of the Wise Men, or—to bring that title  closer to our reality—Secretary of State for Magicians, Prophets, and Sorcerers. You could call him Chair of the Federal Reserve.

Daniel is our patron saint because religious people, and especially evangelicals, often feel unsettled or out of place in this Secular age. Often, we religious types take a hard look at this modern culture, its crisis of individualist authenticity, its slide to subjectivism, its double loss of freedom, and judge—not unintelligently—that this is all going to hell. And rather than tackle some of these big, pernicious pathologies of modernity head on, we soap up and wash our hands of the whole thing.

But Daniel didn’t wash his hands. Daniel was a faithful compromiser. He stood his ground when he had to (“Daniel in the Lion’s Den”). But he made some deals when he didn’t. Dragged from home, given a new name, the driving question of his life and mission was “how to sing the LORD’s song in a strange land?” (Psalm 137:4). His answer was what the sociologist James Davison Hunter might call faithful presence, or—maybe a bit more to the point—a faithful compromiser. He was on Babylon’s side, rooting for his adopted homeland (the one he was dragged to, against his will) not to flame out, but to prosper and flourish. And he didn’t do it as an idle observer: he pulled up his socks and got in the game himself. The Jewish Wizard of Wizards, he was for Babylon. At one point he even makes a desperate play to save his fellow-sorcerers and diviners. He probably would have read Harry Potter without irony.

The critics are myriad. At the end of After Virtue, that book that begins with the apocalyptic wasteland ripped from someone’s HBO show treatment (it’s actually from A Canticle for Leibowitz), Alasdair MacIntyre gets a bit down on the prospects of our Secular age. He writes:

If my account of our moral condition is correct [one characterized by moral incoherence and unsettlable moral disputes in the modern world], we ought to conclude that for some time now we too have reached that turning point. What matters at this stage is the construction of local forms of community within which civility and the intellectual and moral life can be sustained through the new dark ages, which are already upon us. And if the tradition of the virtues was able to survive the horrors of the last dark ages, we are not entirely without grounds for hope. This time however the barbarians are not waiting beyond the frontiers; they have already been governing us for quite some time. And it is our lack of consciousness of this that constitutes part of our predicament. We are waiting not for a Godot, but for another—doubtless very different—St. Benedict.

We agree with MacIntyre. The barbarians are in the City; the Cylons are in the walls; Frank Underwood is eyeing the White House; the dead are up and walking. These are apocalyptic times. But contrary to MacIntyre, we don’t think we need only a new (albeit very different) St. Benedict.

We need new Daniels. Daniel, not Benedict, is the patron saint of our apocalyptic age. 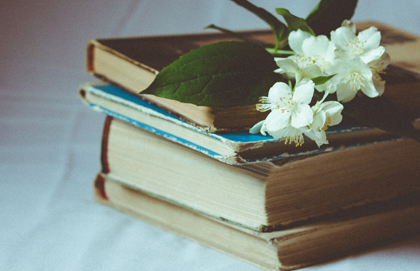 A New and Beautiful Encounter
Forcing Folks to be Free
Fitting Faith In Common Life
We need new Daniels. Daniel, not Benedict, is the patron saint of our apocalyptic age.

The politics of apocalypse sorely tempt us to abandon any project for the common good—as if that phrase could even have intelligible meaning after the subjectivization of “common” and “good.” But doing that would, ironically, actually double down on all those pathologies of modernity that we spend our book discussing (crisis of individualist authenticity, its slide to subjectivism, its double loss of freedom). Charles Taylor makes an argument in A Secular Age that tries to help us unapologetically see the dangers, but also suggests we may still avoid the worst of it.

That’s Daniel kind of work. Those are the lessons of a loyal opposition. It doesn’t yield the city to the barbarians.

There is hardly a question that things can go bad in a Secular age. But they don’t have to. The battle rages in all directions, as Taylor says, and it’s a battle that we not only should but must join to realize the best of the motivating ideals of our age. The barbarians are in the city, but so are we. Time to make some deals. It may be a strange land, but the LORD’s songs can still be sung. Daniel did it. We can, too.

In Between Babel and the Beast, the philosopher Peter Leithart argues that there is both good news and bad news for this new politics.

First, the good news—we need not abandon the City. The public work of realizing the best of the motivating ideals of our age is work for religious people, Christians and others alike, that can and even has born real fruit.

But the bad news: Babylon, into which we may pour our energies here, in our lifetime, will never be the New Jerusalem. We don’t build it, any more than we are the point or end of the story, the lodestar of authenticity. We can sing the LORD’s song, but we don’t build the LORD’s city. And so the politics of apocalypse is a religious-pragmatism—not defeatism, just recognition that the tensions of this age, as ages past and ages to come, can’t be overcome, but only managed in better and worse ways.

Like Daniel, we must make compromises. That means we must temper our expectations and not become defeated when everything is not perfect, yet. But some compromises are better, and others are worse. Wisdom is knowing the difference. Our culture is already very busy trying to discern that. We could do worse than join in.

“As Pascal said about human beings, modernity is characterized by grandeur as well as by misère. Only a view that embraces both can give us the undistorted insight into our era that we need to rise to its greatest challenge.”

Robert Joustra is assistant professor of international studies at Redeemer University college. Alissa Wilkinson is an associate professor of English and humanities at The King’s College in New York City.

How to Survive the Apocalypse: Zombies, Cylons, Faith & Politics at the End of the World was published in 2016 by Erdmans.

Forcing Folks to be Free

Saunders’ own brand of religious freedom can often run a bit indulgent on curious, personal affectations (you don’t eat pork? whatever) but zero tolerance on public manifestation (marriage between husband and wife? Keep it to yourself) Doug Saunders in the weekend’s Globe and Mail calls for public p...