The New York Times published an article this week opining on the evangelical rejection of reason.

The article, written by Karl Giberson and Randall Stephens, covers much of the ground previously covered by Mark Noll in The Scandal of the Evangelical Mind. The charges are familiar to many in the evangelical world: evangelicals reject science and are marked by "simplistic theology, cultural isolationism, and stubborn anti-intellectualism" and a sub-culture which is parasitic on the mainstream of American life.

Many of these charges are accurate; all of them have been noted before by others, both Christian and non-Christian. What is most interesting about the article, though, is its placement in the NYT's overall framework of reporting. As Alan Jacobs notes,

The only reason it's in the NYT is that it flatters the prejudices of the readersip. A more nuanced view of evangelicals, like the one Alan Wolfe wrote for The Atlantic some years ago, would never be run in the NYT. 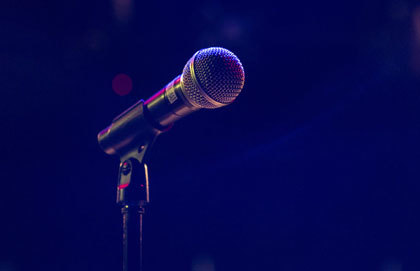 The NY Times on Chapter and Verse
Religion, and the CRTC's Paternalistic Leftover
It Really Is All About You

Jacobs is very much right here: the article reads as something which the NYT—not exactly known for its high level of diligence or accuracy with regard to coverage of religion—was bound to print. Jacobs goes on to suggest that,

The problem here actually has little or nothing to do with evangelicalism per se: it's the long-standing know-nothingism of American populism, which comes in varying religious and not-so-religious flavors, has connived at the evisceration of American public education, and makes millions of Americans unable and unwilling to understand evidential arguments. Blaming the evangelicals is cheap and easy, especially for evangelicals. The real issue is far larger and deeper, and its consequences can be seen even in New York City itself . . .

The consequences, I might add, can be seen in the New York Times itself.

I wonder though if the problem is as much an addiction and a general American tendency to rely on to evidentiary arguments of a certain type even in circumstances where they don't really belong. Fundamentalists—of both the New York Times and the Creation Museum variety—seem unwilling to recognize that there are some things that simply cannot be answered in the neat, easy way that they desire.

In this sense, both the fundamentalists and the New York Times falls victim to what John Paul II describes as philosophical pride. The tendency to "seek to present its own partial and imperfect view as the complete reading of all reality."

The fundamentalist's desire to have their story captured in a neat, unassailable package is similar to the NYT's unwillingness to recognize that there are some questions which cannot be answered by reason alone. This is an issue because evidence shows that "men and women...always direct their steps towards a truth which transcends them." In this sense, it would be fair to say that there is not only a scandal among the minds of evangelicals, but a scandal of the the mind of the editors of the NYT. Can we soon expect a headline which reads "The New York Times' Rejection of Faith"?

The NY Times on Chapter and Verse

The March 26th edition of the New York Times included a column by Stanley Fish which cogently captured a core issue which makes public discourse so difficult in our day ...

Religion, and the CRTC's Paternalistic Leftover

For almost fifty years, the CRTC denied any licenses to religious broadcasters to spare the airwaves of speech in which one group was unduly critical of another To suggest, as does the CRTC decision, that public discussion of religion is so sensitive that it requires carefully crafted guidelines (wh...

It Really Is All About You

Perhaps it's because, in its obsession and support for the individual, our modern age is willing to diminish the self, the emergence of which owes a great deal of debt to Christianity Why is it then that Christians and others who take religion seriously find themselves so at odds with much of what g...