The global sensation gangnam style has swept the globe in recent months, and even the Cardus office, if in uneven waves of enthusiasm. UN Secretary General Ban Ki-moon has relinquished the title of world's most famous South Korean. "I'm a bit jealous", he said. "Until two days ago someone told me I am the most famous Korean in the world."

Now none other than Fareed Zakaria has weighed in on Gangnam Style, arguing its success is culturally iconic for the pluralist South Korean society. In an interview with Evan Osnos, Osnos says that the reason that South Korea could produce something as off the mainstream, and frankly as bizarre, as Gangnam Style is because of the high prize of parody. Gangnam Style, as almost no one with the internet needs to be told anymore, pokes fun at a class of Korean pop and high society. It's the safe for work equivalent of America's Lonely Island. It's the evidence of a society that knows how to make fun of itself, of a culture at ease with its own idiosyncrasies.

And this is the reason that Osnos says censored regimes like China could never produce a parody like Gangnam Style. The censorship authorities in Chinese media production, according to Osnos, often won't prohibit media so much as tune it for the regime; shave off the edges of the parody. But, naturally, if you "shave off the edges too much, you end up with something that nobody wants to watch." 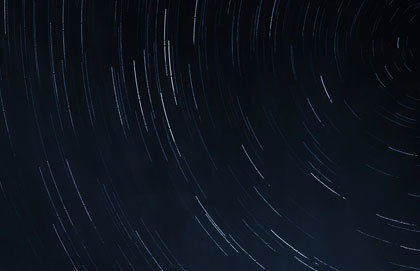 In China today, filmmakers talk about something called the "Kung Fu Panda problem." The Kung Fu Panda problem is that a movie about Kung Fu and pandas, two claimed symbols of China, was not made by Chinese film makers. It was made by Americans. In China the filmmakers would never been able to do this, because censorship would have deemed it undignified, as only Kung Fu pandas can be.

The rise of China banked a coveted segment in the American presidential debates on foreign relations, something the entire continent of Africa can only envy. Anxiety over China focusses on trade, currency, even military, but so far not the soft powers of culture. Osnos argues this baffles the Chinese media regime, which watches countries like Korea produce global pop-sensations seemingly by accident, and struggles to produce media that competes even domestically with foreign products.

Of course, the reverse saturation of parody in the west is probably not the envy of China either. At empire's twilight with an economy in tatters and expectations tumbling, the last refuge of humour may very well be a ludic, post-Nietzschean chuckle, but that's not a finish line anyone should be anxious to cross. It's a great and noble thing to safeguard a culture where parody is possible. It's a less noble thing when the bankruptcy of self-flagellation is all that's left. Somewhere in the middle, a culture comfortable in its own skin, without the compulsive need to change it twelve times a day, sits a good old fashioned belly laugh.

Pressing Upon the Imagination of the Cynical

It's hard not to feel cheated at Christmas, a supposed revolution of rest and revitalization, which in truth is often characterized as frenetic and feverish.

The Biblical Cast of Ted Lasso

Evan Menzies watches the season two finale of the Apple TV+ surprise hit and sees the shadows of Cain and Abel falling across the characters.