The lightning-speed fall of Patrick Brown has no particular lessons for similar cases, but it does raise questions about how to deal with allegations of sexual misconduct.

Twenty years after President Bill Clinton – with the essential assistance of his wife – steamrollered his victims with character assassination and legal maneuvering, the rules have changed. Now it is the alleged perpetrators who are complaining about being railroaded – not steamrollered, as that vehicle moves too slow – by a process that reaches a conclusion within days, if not hours.

Set aside, though, Patrick Brown and his friend, former MP Rick Dykstra. The latter, after being defeated in the 2015 federal election, was installed by Brown as president of the Progressive Conservative Party of Ontario.

Dykstra resigned days after Brown for also allegedly doing what Brown allegedly did. And it is those “allegedlys” that are giving some people pause. A few hours does not seem sufficient to arrive at a mature judgement about the facts, let alone the appropriate consequences of those facts.

But forget about Brown. He was not fired. In fact, he couldn’t be. He was accused, and among those who know him very well, who worked with him every day, not a single voice was raised in his defense.

A parliamentary caucus can express its unanimous lack of confidence in its leader anytime it wishes. It’s up to the leader to decide whether he wants to stay and fight against his staff and his caucus. Yes, it was unseemly that the caucus was so eager to bury him before dawn’s early light, but then so much about Brown’s leadership was unseemly. What was catastrophic for Brown was not so much that two women came forward with accusations, but that nobody – man, woman or child, save for his own sister – offered a peep in his defense.

Criminal charges are straigthtforward. Police and prosecutors – though they can abuse their power too – make a determination to lay charges based on some credible testimony and evidence. The employer can then put the employee on leave while the matters make their way through the courts.

If the court determines guilt, the employer terminates the employment. If the court returns a not guilty verdict, then the employer can review the evidence in the public record. Given that employers do not – nor should they – employ the criminal standard of proof beyond a reasonable doubt, they might still proceed with disciplinary action or termination based on evidence at trial. 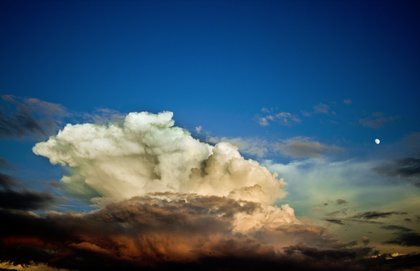 But very few sexual misconduct cases ever go to criminal, or even civil, court. If the alleged actions were a crime, it might be that the evidence at hand is insufficient for the criminal standard. Sometimes the alleged actions are not a crime for which the Crown would normally bring charges.

The behavior might be sinful, beastly, exploitative, professionally prohibited or simply gross. It might contravene labour regulations, or codes of conduct – professional, academic or otherwise. But it might not be criminal.

That leaves the employer, or professional association, or political party, or entertainment studio, or nonprofit association, or hockey team, or church, in the position of having to evaluate the credibility of the accusation, conduct an investigation and render a judgement. Most of them simply do not have the resources to do that adequately, so they cut ties to err on the side of caution.

If the media airs the accusation, but the accusers are not revealed, the employer is in a most difficult position. There might be serious wrongdoing, but there is no capacity to investigate it.

Before the media is given a convenient thrashing, it should be remembered that that standard for journalists is not to establish the truth beyond doubt, but to report what people are saying, and how they are saying it.

For example, a delusional crackpot could show up outside convocation hall and claim that the university chancellor is molesting undergraduates in the dormitories. A responsible journalist could certainly report that story, namely that a delusional crackpot was making such claims. It would be a true story. The journalist might not choose to report at all, judging that delusional crackpots are not of great interest to his readers. On the other hand, it might well be that the crackpot attracted a small crowd and it was the most newsworthy thing that day on a sleepy campus.

But the relevant cases are not about delusional crackpots. When a journalist reports that a source is making accusations for which there appears to be some corroborating evidence, that is all that he is reporting. It is not required that it be proven true, or even that the reporter believes it to be true to pass journalistic muster. Journalists are more in the evidence-presenting business than the judgement-rendering business. A certain cable news network used to boast about that: We report. You decide.

That is understandably unsatisfying to those who have been accused when the reporting seems to include an already inevitable decision. Nevertheless, what is to be done when journalists have sources with sufficient credibility to justify reporting?

Much of our reporting about politics – or sports, or business – is of that nature. S0-and-so makes a claim, the journalist then confirms it with such-and-such, and so is able to report that sources have made that claim.

The journalist does not establish that the claim is true. They make movies about journalists who do that. It is the exception, not the norm, that journalists have documentary evidence to prove a case.

The Catholic Church has had painful experience with sexual misconduct, including criminal sexual abuse of minors. The reforms emerging from that crisis are regarded by many to be an exemplary model of how to deal with such cases, but also are considered to be an unfair rush to judgement. Upon reception – either from the alleged victim or the police – of a sexual abuse allegation, the Church authorities simply determine if it is “credible”.

The standard for “credible” usually means that it is possible, and not obviously false. It need not be plausible. Within hours of that news being received, the priest is removed from his parish and thrown out of the parish rectory, namely his home. The subsequent investigation might take years, and might fizzle out in an indeterminate resolution. The priest might never get his life back, even if the claim is not substantiated.

Is that fair? No, and certainly I have lived my entire priesthood with the fear in the back of my mind that everything could be destroyed by a malicious and false accusation.

But the reality is that there is not an evidently better system. The nature of sexual misconduct is that it is hidden and the facts are often difficult to determine. If victims are to be taken seriously, if current vulnerable people are to be protected, then it seems that a rush to at least tentative judgement is necessary.

There are, in fact, few false accusations, so erring on the side of the allegation being true is defensible. Yet for those falsely accused, there is no getting around the fact that it remains unfair. It’s just that fairness is not achievable for both alleged victims and perpetrators at the same time. To err on the side of victims seems right, even if to err is always regrettable.