At the Oscars on Sunday Martin Scorsese’s The Irishman is nominated for best picture. It is not expected to win. And to tell the truth, the film would be better considered for a lifetime achievement award. It is the last ride for Scorsese, Robert De Niro, Al Pacino, Joe Pesci, Harvey Keitel and the rest of that gang which started making Mafia films nearly fifty years ago.

It’s an elegy, a true lament, not a eulogy, an act of praise. After the elegance and quasi-apologetic of The Godfather, the work of Francis Ford Coppola (1972), Scorsese gave us his own treatment in Goodfellas (1990); here the elegance was gone and the brutality of the life was exposed, but there was still the excitement, the glamour, the fast-paced high life.

De Niro and Pacino were in The Godfather saga, Joe Pesci in Goodfellas. Now The Irishman brings the old men together to look back over it all. The elegance is gone and the glamour. Scorsese et al., in their old age – not alive and kicking, but alive and flourishing with magnificent performances – are giving a final account of, as Moe Greene, put it memorably more than 40 years ago, “the life we have chosen."

Scorsese tells us what is coming from that long opening shot. In Goodfellas, the young on-the-make Ray Liotta weaves his way to the front table of the most glamourous club, dispensing fat tips to thin cocktail waitresses. In The Irishman the opening shot shuffles down the corridor of a nursing home, where a retired and decrepit Robert De Niro reflects upon his life as a Mafia hit man in Philadelphia, the assassin – he claims – of Jimmy Hoffa.

The film cannot be taken as reliable history; the book upon which it is based has been seriously challenged. So it is not a historical fact that the Mafia killed JFK, though Pesci’s character puts it that way: “If they can whack a president, they can whack the president of a union.”

Joe Pesci’s character – the superior figure to De Niro’s subordinate – is a delight, for Pesci finally steps out of the shadows of Pacino and De Niro, both excellent as always, even if Pacino plays Hoffa as Pacino plays all his characters, alternating between ruminative and manic.

The Irishman mainly tells us this: While the Mafia might be a law unto themselves, it is not exempt from the laws that govern all life. When Pacino and De Niro get into their pajamas to go to bed in their shared hotel room, they are just that – two men in their pajamas. Time and age take their toll; the old (dis)order which gave to their rise is now leaving them behind. One extended scene involves Pacino arguing at long length about proper dress for a business meeting and the importance of taking traffic into account in order to be on time. There is nothing Mafia-esque about any of it, just a curmudgeon railing against the kids these days. 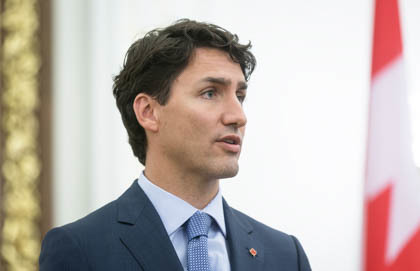 The Irishman is told as a long flashback, and it takes pains to demonstrate that decisions taken in the moment were proved disastrous by subsequent events. Many new characters in the story are introduced by captions indicating how they were eventually whacked. At the theatre where I saw it – better than on Netflix – the audience laughed at those captions. The fearsome bullies were exposed and subject to the one thing that bullies cannot abide – being laughed at. The film laughs at them too, making fun of their secret code language and the petty jealousies of mob life.

Critics of The Irishman have focused on its length, a mammoth three-and-a-half hours. But the length is an essential part of the medium that clarifies the message. It put me in mind of another, altogether different, film, Into the Great Silence, about cloistered monks. Initially the film is hard to watch, because there is so much silence, the monks recorded as they go about their various tasks in silence. Slowly, though, the viewer realizes that the film is not about the great silence as much as it is an experience of the great silence.

The Irishman needs to be as long as it is because it is not about how length of years diminishes all the passing goods that mob life grasps at, but it is an experience of that diminishment. The visible aging of the actors – made youthful by computer gimmickry in the earlier scenes – is one aspect of that experience. The young nurse attending to the elderly De Niro does not even know who Jimmy Hoffa is. The psalmist reminds us: The grass withers and fades, and its place remembers it not.

Ultimately The Irishman is not merely a long meditation on sic transit gloria Mafiosi. It is a meditation on what Mafia life looks like from the perspective of eternity. At the film’s close, Robert De Niro’s hit man is asked to tell the truth. “Who are you protecting? Everyone is dead.”

What does Mafia life look life when everyone is dead? From eternity?

In prison, Pesci’s character, now confined to a wheelchair is heading off to the chapel. He tells an incredulous De Niro, “You’ll see.”

He does. Like all good Mafia films, The Irishman notes the Catholic faith of its characters, observed formally and sacrilegiously, as in the famous baptism scene in The Godfather. So there must be moments in church, when De Niro’s children are baptized and when, after the hit on Hoffa, all the characters are at a wedding. The sacraments are part of a mob life.

The final scenes of The Irishman are not about formal observance, the public face masking private corruption. De Niro is visited in his assisted living facility by a Catholic priest. The priest helps De Niro to remember a prayer that every Catholic should know, the Hail Mary. And he tells De Niro that he can be sorry for the things that he has done, even if does not feel sorry.

“It’s a decision of the will,” the priest tells him. The Irishman does not preach salvation by sentiment but by seeing clearly. The key thing, the priest tells De Niro, is to ask God to “help us see ourselves as you see us.” That is both frightening and a consolation, for God sees the truth in mercy.

De Niro makes his confession and receives sacramental absolution. If the long saga of Mafia films is to be understood as a Catholic story – and how could they not be? – then there is only one way the entire half century could end. Not with still more blood. But with confession and forgiveness.

The Irishman is a great ensemble cast which covers decades of time. And the one character there, hidden only to be finally revealed, is Christ Himself, extending a very long movie – after decades of many movies – into eternity.

Convivium editor-in-chief Father Raymond J. de Souza reflects on the spiritual significance of water in light of the recent hurricanes that have been raging.