The hard landing for the NDP's soaring poll numbers will come Monday because Canadians outside Toronto won't vote for Jack Layton.

That's won't as in can't. He isn't on their ballots.

When voters get to their polling stations, what they will find next to the NDP party designation won't be the NDP leader's name. It will, in hundreds of ridings across the land, be some anonymous moniker like Mervyn Heffenfoofer.

The vast majority Canadians don't leave home frantic to vote for Heffenfoofer. If voters know anything about their local NDP candidate at all, it will be from his or her role as business agent for Local 105 of the International Shelf Stocking and Checkout Counter Workers Union. Or as the pipsqueak at the all-candidates meeting who monopolized the microphone raging on about the government's "brutal cuts" to the federal community garden development fund or similar self-involved cause. 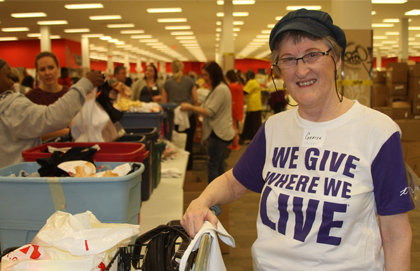 Chances are far better they won't even have a clue what he or she looks like because many NDP riding associations are generally so disorganized they can barely put up campaign signs. It is this quaint trait of being a compendium of electoral Heffenfoofers and organizational meemie-dreamies that has kept the federal New Democrats a distinctly minority affectation since their party was founded in 1961.

No amount of one-legged dancing or cane twirling from Jack Layton will change 50 years of history in a few weeks regardless of opinion polls showing 30 per cent NDP support.

The question really is why, election after election, we start to believe it might.

Part of the answer is the well-known distortion of leader obsession in a parliamentary system. If, say, Jack Layton's doing well, the party must be doing well. It's a self-perpetuating fallacy amplified through the media echo chamber that exists to justify the horrendous expense of travelling with the leader in order to focus obsessively on him or her.

I've long believed, however, the major reason we're inclined to overestimate perennial also-ran parties such as the NDP is because we are forever forgetting how brief the ordinary citizen's engagement with the political process turns out to be. On a good day, i.e. on voting day, it probably averages 25 minutes door-to-door.

Years ago, my father-in-law asked me—a career political reporter and life-long political junkie—who he should vote for. He'd voted for the same gang for 25 years. He wanted a change. After about 10 minutes of my trenchant insights, he got up and went into the kitchen of our house in Quebec City. I thought he was making more coffee. In fact, he was standing on a chair, changing a burned out-light bulb.

It may be true, as the saying goes, that to change you gotta change. But poll numbers notwithstanding, Canadians in 308 ridings are not going to exit the voting booth having fallen for Heffenfoofer even if they entered with visions of Jack Layton dancing before their eyes.