Christianity in Northern Iraq – home to one of the world’s oldest Christian communities  ­– is in grave danger of becoming extinct unless Canada and the international community wake from their lethargy and act to stop the catastrophe.

With the recent closure of the last of their temporary shelters, Iraqi Christians face nearly insurmountable challenges with the prospect of returning to reclaim their ancient homes.

According to National Review, half of Iraq’s Christians are internal refugees, and Christianity could disappear from this part of the world by 2020 if the population continues its current steep decline.

“Caught between two fires,” is how Jordan Allott— a documentary film-maker, founder and executive producer of the Virginia-based In Altum Productions —describes their situation after a tour of several countries filming a documentary called Christians in the Mirror on the plight of persecuted Christians. In Altum is Latin for “into the deep” and comes from the Gospel story (Luke 5:4) in which Jesus instructs Simon Peter to launch his boat “into the deep.”

Allott, who was in Erbil in the Kurdistan Region of Iraq 15 months ago, says he noticed many changes on his more recent visit in early September to film his latest documentary.

“Only one percent of families are left in church-run camps for Internally Displaced Persons (IDPs), which have become like ghost towns,” he says.

With diminishing financial support, Ashti 2, the last church-run camp in Erbil available for Christians, was dismantled in early September, leaving the internally displaced who had not already left for Jordan with virtually no option but to return to their home towns such as Quaraqosh.

“One family I interviewed is going to stay in Erbil, even on the streets,” Allott said in an interview. “They didn’t want to return to their villages.”

Such inconsistencies reflect a game of political grandstanding rather than a genuine concern for human rights.

With the defeat of ISIS in 2017 by Iraqi and Kurdish forces, assisted by a U.S.-led coalition, the Western world congratulated itself, then for the most part, turned its attention to other matters, more or less leaving the victims of the two-year cyclone of terror to fend for themselves.

The Iraqi Christian victims whom Allott interviewed and filmed are caught in a surreal limbo with virtually no hope.

Transferring to a UN sponsored refugee camp with Muslim majorities is not a safe option for them, says Allott.

“There is no regulation of the intimidation and attacks they are subjected to from fellow campers. They would rather live in church basements or even on the streets.” 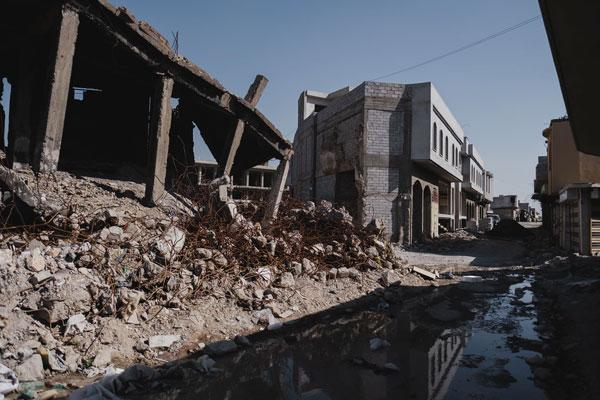 Syrian-American journalist Marlo Safi affirms this in a report published by National Review last month: “While many ISIS-controlled areas have been liberated in Iraq and Syria, Christians are returning to destitute ghost towns without electricity, water or a sense of security, with the threat or terror still looming.” 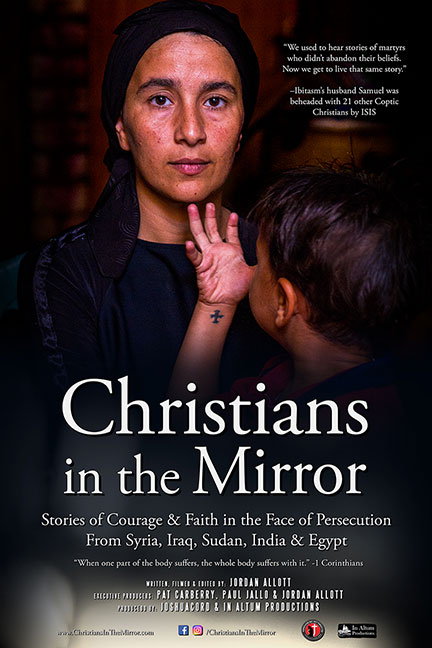 Qaraqosh, once Iraq’s largest Christian city with a population of 50,000, bore the brunt of ISIS’ wrath. For over two years, ISIS extremists tried to erase every trace of Christianity from the city, bombing churches, smashing Crosses, defacing statues and shattering icons.

“Two main challenges for anyone hoping to return are lack of security and little hope for economic sustainability,” says Allott.

The security challenge includes the still-persistent threat of attack as well as the landmines and other explosive devices planted by ISIS that have not yet been cleared.

While many governments, including Canada’s, have been indifferent to these Christians in crisis, a few voices have been raised in their support, and a few NGOs have come to their aid.

In late September, when the UN Human Rights Council was in its 39th session, the European Centre for Law and Justice, an affiliate of the American Centre for Law and Justice, appealed to the Council to recognize ISIS’ ongoing persecution of Middle Eastern Christians as genocide. Such a formal declaration would free up much needed aid to some of the world’s most severely persecuted people.

A few Christian NGOs such as the UK-based Christian Solidarity Worldwide, the Sweden-based A Demand for Action, and the Hungarian government, have provided help. Individuals of international stature such as Prince Charles and Lord David Alton of the U.K. have also lent their voices to raise awareness.

But the Hungarian politician’s suggestions have fallen mostly on deaf ears.

Despite its worldwide reputation as the icon of human rights, the Canadian government has been strangely inconsistent in its policies towards persecuted groups, and astonishingly indifferent to the oppression of Christians and the imminent demise of Christianity in its original heartland.

Laudably, it has recognized the genocide of two groups, the Rohingyas of Myanmar suffering persecution by the military government of their own country, and the Yazidis of Iraqi Kurdistan, another religious group targeted for extermination by ISIS.

Two years ago, all 313 MPs vote unanimously in favour of a motion put forward by Conservative MP Michelle Rempel to recognize ISIS atrocities against Yazidis as genocide, and to provide asylum to surviving Yazidi women within 120 days.

In another welcome move, a motion introduced by Liberal MP Andrew Leslie to call the Myanmar military’s atrocities against Rohingya Muslims a genocide was passed unanimously last week.

In sharp contrast, another motion advanced in June 2016 by then interim Leader of the Opposition Conservative Party Rona Ambrose—to declare ISIS atrocities against all minorities including Christians—was defeated 166-139.  Stating that it was up to the UN to make such declarations, Prime Minister Justin Trudeau and most Liberal MPs voted against it.

Such inconsistencies reflect a game of political grandstanding rather than a genuine concern for human rights.

It’s time Canadian leaders recognized that our highly touted secularism and multiculturalism should not prevent us from fulfilling our responsibilities to protect all vulnerable people, not just the chosen few.

Many Western women mark International Women’s Day by rungs on the status ladder, but elsewhere being female and staying alive is the ultimate victory, writes regular contributor Susan Korah.