Much has been said about the failure of the modern university to promote the pursuit of truth and human flourishing. As Rex Murphy argues, the modern university is becoming a “cocoon of self-indulgence and anti-intellectualism” which undermines the project of the university as an institute of higher learning. Given the existence of these foundational issues within the university, it must be asked whether there are any dominant cultural forces that perpetuate the problems of self-indulgence and anti-intellectualism. Where the cultivation of truth is absent from the modern university, outside forces have moved in to take its place. Have we stopped to ask where these forces are coming from, or do we take it for granted that we know the true causes behind the lack of truth-seeking in the university? If we desire to find a path back towards truth-oriented discourse, a path where individuals in the modern university can flourish once more, then we should ask what obstacles may lie in our way.

Information technology is the prevailing force of cultural change in today’s university, and it is having a tremendous impact on fundamentally every level of the student’s experience. Students read, write, socialize, learn, coordinate, throw parties, share videos, send pictures, look up recipes, and even have recipes delivered to their front doors (thank you, latest phone app!) because of rapid technological change. Indeed, many students in the university today do not know what the world was like pre-Internet, and have become dependent upon these emerging technologies. Understanding this dependence, and seeking to profit from it, companies are racing to dominate our student’s development.

But which of these technologies is having the greatest impact so far?  It seems that there is no greater giant today in our technological world than Google, the great oracle of wisdom. In 2016, it is estimated that Google handled more than three billion searches per day. Perhaps this figure may seem inflated when considering that the search function is used multiple times in a day, however, some 1.17 billion people use Google at least once per day.  In fact, the problem strikes closer to home when we consider that most of these users are situated within western culture. Taken in comparison to other prevailing technologies online, Google is a colossus.

Google has people asking questions on virtually every subject under the sun.  If a person is struggling with an unknown ailment or pain, Google is ready to provide a diagnosis, complete with tips on how to heal, and images of patients with comparable issues.  Indeed, the breadth of Google’s influence over users is not limited to health statistics, but extends further - it aims to answer any question on any subject.  In this way, Google is more of an educator than a tool for convenience, and the trend towards Google educating users on the most complicated and fundamental questions they will ask in their lifetime (those typically addressed within the university) is becoming larger not smaller. The effects of this momentum are quite serious, and with the rapid expansion of information technology in classrooms and on university campuses, it is unsurprising that students look to Google for answers first. The question is: does Google support intellectual growth for students in the university? If not, then why not?

Some have argued that Google’s distribution of information is like the printing press during the renaissance.  On this account, Google has mostly beneficial impacts within universities and elsewhere.  Viewed as a new paradigm shift for learning in the modern world, Google is untangling information from institutions of power, and making information accessible to everyone through a super-computing landscape.

Others point to the many advancements that Google has already made possible, to argue for its use in education. To name a few, Google Flights allows users to lookup flights from every available airline simultaneously, reducing costs on travel. Google Earth allows people to view every spot on the planet, allowing for greater exploration and discovery. Google Drive allows users to save all information in a cloud based system which is accessible from any point on the web. Google Analytics and Google AdWords, have enabled businesses to increase revenues from advertising, and increased their ability to track and monitor customers. The thinking here is: why aren’t we able to make the same changes in student life? 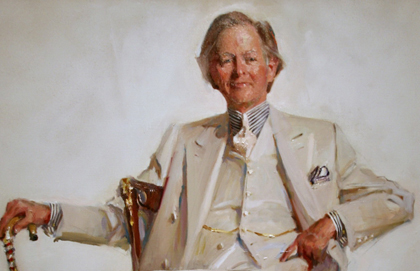 Tom Wolfe: A Journalist in Full
'More Connected, Yet More Alone'
The Artifice of Artificial Intelligence

Still, others have argued that if we cannot see the positive forces of Google in general, we should, at the very least, view it as morally inert. In other words, these people argue, it’s not the technology itself that is the problem, but the use of the technology. Google, as a technology is amoral. It doesn’t care how you use it, it just cares that it does a good job of getting you access to the information you want. Individuals are always in control of their own decisions to use Google, and users can just as likely hunt down answers to the governing principles of the universe as they can spend their time searching for weird forms of pornography. “Don’t blame Google for granting access,” so the argument goes. Blame the users. They have made the poor decisions. They alone are responsible for the impact Google has on education.  They don’t lose their free will at any part in the process.

Despite the arguments that paint Google in a positive light, there are many reasons to believe there’s much more to the story. It doesn’t take too much probing to discover that the justifications for Google are insincere or misguided. Take, for example, the printing press analogy. The main thrust of the analogy comes from the separation of Church and State. By separating education from the authority of the Church, people argue, educational institutions have shed the weight and baggage of the “Dark Ages.” But even if we take this somewhat caricatured view of history as accurate, we may still ask the question: is it actually the case that Google is similar to the printing press? What authority is withholding the information that Google needs to distribute? The Church? The Church is silent on the spread of information for information’s sake. How about governments or businesses? Are we subverting the unfair authority these institutions hold?

As soon as we begin to inquire how the paradigm shift advances our interests in learning by subverting some institution, it becomes unclear how this is so, and the analogy of the printing press breaks down. Indeed, with the built-in marketing and advertising aspects of Google, a strong case can be made that it creates power structures with exactly the opposite intended effect. Yes, information is distributed on Google, but more accurately, it is packaged, advertised and projected by institutions that have very specific, and manipulative, intentions.

And what about all the great business efficiencies such as Google Earth and the like? Are these making learning itself more efficient? Well, one obvious question is whether efficiency is an esteemed goal in learning. Are we better off reading our books more quickly? Or does it take time to learn? But even if we believe that efficiency is an esteemed goal in the classroom, still questions remain about whether our psychology is set up to deal with efficiency.  Nicholas Carr has spent much of his career surveying this problem in his book “The Glass Cage.” As he points out, it is not all together clear that efficiency ends up being a good thing when it comes to the human brain. Indeed, in the case of pilots flying commercial jets, efficiency in the cockpit seems to have exactly the opposite effect of its intended result. The computer systems that are responsible for managing operations in our airplanes are more sophisticated than we are equipped to deal with in situations of panic. Do we want students with more technology in learning or less? If brains have evolved over thousands of years to reason in a particular way, and Google doesn’t fit well with brain biology, then Google, as the source of mega information, is the opposite of what students require today. We may wind up creating a generation of students good at using Google, but not good at much else.

Even if we set aside the practical problems of our brain biology, it seems clear that there are considerable commercial interests at stake in Google, and these forces are explicitly determined to convert billions of people into information consumers. For this reason, it isn’t very convincing to claim that “Google is morally inert.” Of course, it may be true that technology in general doesn’t operate with a moral compass, but who is claiming that technology has a moral responsibility in the first place? It is our use of technology that is the crux of the problem, and people agree that technologies can be used for good or for bad. The question is: which side of the coin is Google on? And furthermore, is it being used positively in education? The fact that Google doesn’t have a moral compass does not mean that using it is arbitrary. The main reason for this is that we are very different from our machines. We have moral intuitions, machines don’t.

What type of ethos is embraced within the company Google? Located in Mountain View, California, Google’s main operating headquarters are called the Googleplex, which some have referred to as “the internet’s high church”.  Nicholas Carr suggests that the religion practiced inside the walls of Google is Taylorism - the belief that efficiency and progress increases by breaking all things into parts. He argues that Google is trying to “systematize everything … drawing terabytes of behavioral data through its search engine to refine algorithms and control how people find information and extract meaning from it.”

At the very least, the rise of this “new church” should spurn dialogue within our academies. Like other forces in our culture, we should subject Google to an elevated level of scrutiny.  By understanding the issues surrounding Google’s entry into the university, we might just be able to illuminate a path back towards human flourishing.

David McKernan works in Information Technology in Ottawa, Ontario. He is a graduate of Augustine College and St.Francis Xavier University.

Tom Wolfe: A Journalist in Full

Convivium Editor-in-Chief Father Raymond de Souza bids goodbye to a unique writer who used his reporter’s natural curiosity to illuminate our vanities with a bonfire’s light.

The Artifice of Artificial Intelligence

Our uneasiness about artificial intelligence, Convivium contributor Timothy deVries argues, stems in large measure from forgetting that it’s only ever a proxy for the intelligence of those humans who create it.