The Curious Faith of the Founding Fathers February 15, 2010  |  By Alissa Wilkinson
Print

Last week in the New York Times, Russell Shorto asked, "How Christian Were the Founders?" It has to do with the battle over what gets taught in the public schools in the United States—and where that battle is rooted.

This year's social-studies review has drawn the most attention for the battles over what names should be included in the roll call of history. But while ignoring Kennedy and upgrading Gingrich are significant moves, something more fundamental is on the agenda. The one thing that underlies the entire program of the nation's Christian conservative activists is, naturally, religion. But it isn't merely the case that their Christian orientation shapes their opinions on gay marriage, abortion and government spending. More elementally, they hold that the United States was founded by devout Christians and according to biblical precepts. This belief provides what they consider not only a theological but also, ultimately, a judicial grounding to their positions on social questions. When they proclaim that the United States is a "Christian nation," they are not referring to the percentage of the population that ticks a certain box in a survey or census but to the country's roots and the intent of the founders. 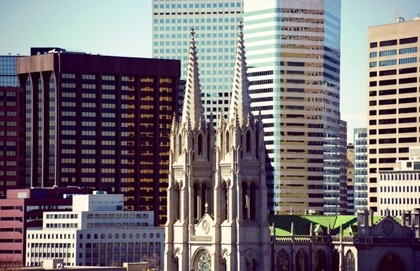 My Kind of 'Christian Nation'

It's a lengthy piece and rehashes a lot of things that anyone who grew up around fundamentalist American Christianity (like me) knows already. But to anyone outside of that world, it might come as a bit of a shock. The argument over whether or not America is a "Christian" nation runs much deeper than whether or not the majority of people tend to hold vaguely Christian beliefs. Depending on who you talk to, it is the battle for the very soul of America—and has some strange implications for the much-vaunted freedom of religion we hold dear here, on both sides of the political equation.

I wrote a paper on evangelical American exceptionalism in grad school and turned it into an article for Patrol on this topic, which they published last May. The answer, as with most complicated issues, is that none of the people yelling about it is exactly right.

Once you start looking at it through the contextual eyes of the founders, things start to look different. It doesn't mean we give up our understanding that the American founders were at least influenced by Christianity (or a kind of Christian/humanist hybrid), but it does call us to a lot more humility about who we are and why we're here, and points out the danger of extreme polarization in this sort of political debate. It means we have to start defining our terms and not assuming that every reference to "God" is a reference to the first person of the Trinity, invoked by a person with saving faith in Jesus Christ—especially in the public square. It means that we, via our churches, must actually educate ourselves on our history and how it fits into the broader global intellectual historical context in order to responsibly deserve our voice in the public square.

I haven't got a clear idea of whether Canada has an equivalent debate, and whether it's influenced government and political rhetoric in similar ways. Is this a uniquely American conceit?