The estimated hundreds of thousands who joined a “climate march” through downtown Montreal this afternoon were, if anything, a good-natured crowd.

Walking among with them, it seemed a simultaneously fitting – yet oddly contrary ­– mood. Few populations on the planet, after all, are better at revelling in a glorious warm September afternoon than Montrealer, at least in part because they know only too well the frozen Hell that awaits them in January.

Still, the whole message of the march – one of dozens that have, hey! presto! materialized “spontaneously” in Western countries recently – was that Mother Earth is this close to going kaput. Only faces ululating with end-times alarm seem to be deemed suitable, in certain quarters at least, for the dire straits ahead.

The concern is not the validity of the climate change question itself. From whatever perspective we might view the debate around it, the matter deserves our full respect, attention, and prudent action. Clearly something serious is happening, however much contesting voices might sweat the details. Through a Christian lens, it can legitimately be seen as the ultimate test of stewardship.

But what happened in the streets of Montreal, Ottawa and other cities also has to be tested against the three-cornered balance between acting, achieving, and best of intentions going south in a speeding handcart. Mobilizing hundreds of thousands into urban streets is optically impressive. But what specific outcome does it ultimately press us toward? What, in other words, does all this mass action doing really do?

One of the things it clearly did in Montreal, for all the light-heartedness of the marchers, was move many past urgency and beyond alarm to a sensibility of outright apocalypse now pessimism. There were signs everywhere of solution-seeking giving way to resignation. Among the most pointed was a poster that read: “Why should we be studying for the future when nobody is doing anything to save the future?” The message was clear: Abandon hope all ye who join the march. Nothing will ever be good enough, fast enough, or even enough.

Yet, that was the message brought to the city – and to Canada – by Swedish teenager Greta Thunberg, whose public facial range at least oscillates only between glum and glummer. Apparently, her chosen mission to “speak truth to power” about the climate crisis comes with an obligation to be as prickly as possible.

In a pre-march meeting with Prime Minister Trudeau here, she dismissed him out of hand for “not doing enough” to combat the imminent apocalypse. There was a day when the first Prime Minister Trudeau would have, in true Jesuit fashion, turned and asked: “Do you actually know how much I’m doing? Just watch me.”

Alas, the son shines much more after his mother than his steely-minded dad. His response, naturally, was to pledge untold effort and energy to the cause of reducing alleged warming temperatures by the essential two degrees. Not to mention, the addition of two-billion trees.

Therein lay a second contradiction in the mood of today’s Montreal marchers. Their energy levels could have boiled sea water. Not only did they walk kilometres from Mount Royal Park down Sherbrooke Street, back up Boulevard Rene Levesque and then to the end of the Bonaventure Expressway, they bounced. They hopped. They skipped, jumped and gamboled. All this for a cause that has, as its essence, the necessity to cool things down. 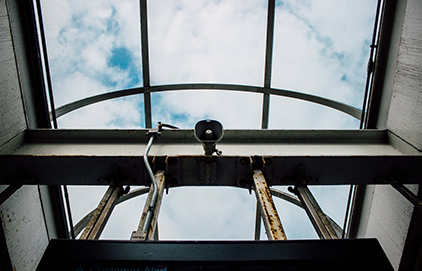 The sheer display of kinetics by the overwhelmingly late-adolescent to university-aged crowd was unquestionably a joyful thing to behold, but also a curious cause for praise from both the still youngish Prime Minister and from some elders along the route.

“It’s wonderful to see such commitment and energy in young people,” said a woman who identified herself as teacher standing at the corner of Sherbrooke and Avenue du Parc. The Prime Minister himself would use almost identical words of encouragement, as have the defenders of the acerbic Ms. Thunberg after she barked rudities at UN climate action delegates this week.

Perhaps it is – except when the whole point of the exercise is to condemn the release of superfluous hot gas into the atmosphere because no one can think of what else to do with it. It was evident from the clashing of signs and singing as the mob moved through Montreal.

Singing, it must be said, might overstate it. One common anthem amounted to: “Whoooo-hooooooooo.” It’s call-and-response counterpoint was essentially: “Hoooooooo-hooooooo-whooooo.” Both of them would be interspersed at time with chants of “Chaud! Chaud! Chaud! Hot! Hot! Hot!” The chants would then collapse into bullhorn gargles of undifferentiated sound.

Such emissions were clarity itself, however, compared to the confusion of signs that waved and wobbled and bobbed and bowed along the route. An astonishing number of them bore the message that the Earth is about to burst into flames. A smaller, but equally vigorous, collectivity spelled out the onset of catastrophic floods in posterized semi-sentences such as, “The waters are rising. So are we.”

No one in the Message Uniformity Section of Climate March management seemed to note that “bursting into flames” and being “washed away by rising floods” are, shall we say, antithetical outcomes.

Or maybe, when it came right down to it, they didn’t care. Not that they don’t care about the climate. They cared enough to be out in the streets, full of energy, marching, didn’t they?

In Ottawa, the tone was a similar, albeit smaller crowd. Flocks of high schoolers, university students alike, protesting, and apparently skipping classes to hoist signs up displaying all sorts of messages – from attacking the “boomers” to politicians for inaction that’s leading the charge for the downfall of our planet. The whole ordeal came across as somewhat of a school pep rally: students gathered with little understanding of why, shouting, jeering against the other side.

Beyond the chants, cheers and brouhaha were conversations of varying tones and emotions. This was not an angry march, nor was it emblematic of Greta’s impassioned sour speech at the UN assembly. It was an oddly positive demonstration, while the holding of signs that displayed some very intense sayings of doom and gloom. Imagine, instead, the power of a silent protest, where no one utters a word in the tens of thousands among the crowds. Now that would be impactful.

The power in numbers showed for the duration of the event, but the hypocrisy in the aftermath was also telling. Hoards of students fled to Starbucks and Farm Boy, eating their packaged foods and throwing their signs on the ground in the streets near our office, some 300 metres away from Parliament Hill. It would be easy to point fingers and ask what they’re doing beyond today, but if each sincerely and utterly believed in this cause like little Greta – taking boat rides instead of plane trips, living “zero-waste” lives – the effects of it could very well be more tangible than shouting and holding signs in front of an empty Parliament.

This issue is an obviously important one to the Gen Z and millennial generations. The narrative to a young person of the world being close to imminent, catastrophic calamity inducts the masses to so-called protest.

The entire affair was a nice show. The “climate strike” revolutions happening across the globe are something to mark this day. Plenty of photos, news stories to go around enough to demonstrate that people are concerned. But what happens after, when the signs are thrown away and the crowds dismissed?  Instagram feeds of teens and young adults will fill up over the next few days with quasi-hopeful messages because crowds gathered for… something (Does anyone know?) The civic duty of posting a photo on social media, looking as though action was taken by showing up and holding a sign, is now complete. All will go on with their lives.

The discombobulated doom-and-gloom-but-also-hopeful messages of the climate change marches make sense given its mostly adolescent-natured crowds. But for all the contradictions carried in the demonstrations, there indeed lies a message: that young people and teens alike have concern for their futures. And perhaps they aren’t a careless generation.

The mania for cranking every political message up to 11 is drowning out our democratic capacity to speak moderately, listen perceptively, and care about what our neighbours are saying, argues Convivium's Peter Stockland.