The task force of Ontario Provincial Police surrounded the house of my sister's neighbours, lights blinking, sirens wailing, scouring barns and residence, terrifying the locals, cuffing the father while wife and children wailed, turning over every table, chair, and bookshelf in the house in search of nefarious goods. What were our provincial officers hot to? Was it an AMBER Alert? A rural drug cartel?

This farmer had thumbed his nose at quota and was keeping as many chickens as he damn well pleased, and the province was not amused. After trashing his place, slapping a hefty fine, and dragging him off in handcuffs in front of his children, the point seemed made: quota is no joking matter. 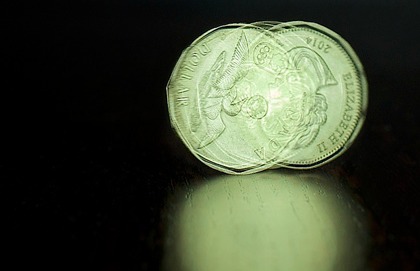 Quota is the key to the supply-management system. Farmers need quotas to sell into the system. It was initially doled out for free, based on historic production, but now quota is bought, sold, and swapped. Acquiring the quota to milk a single cow can cost up to $28,000. An average dairy farmer has almost $2-million tied up in quota. That quota often serves as collateral for property and machinery. Buying into quota and eventually selling it is also a retirement plan.

Quota and the supply-management controls have produced an artificially inflated market, one in which the prices of cheese, chicken, and the like cost Canadians nearly $5-billion a year, according to the Organization for Economic Co-operation and Development. The University of Calgary's School of Public Policy puts the cost to the average family at $300 per year, just for milk. It is probably redundant to say supply-management stifles innovation, and shuts us out of many global markets. It took some of the hardest lobbying of Prime Minister Harper's bureaucrats to even get Canada a seat at the Trans-Pacific Partnership (TPP) table. New Zealand, Australia, and elements of America all opposed Canada joining because they knew we would obstruct progress on free trade in agriculture.

Supply-managed farming is one of our more archaic, protectionist systems, particularly punitive for developing countries whose chief agricultural exports cannot compete in developed foreign markets, and sometimes their own, because of these subsidies. Dumping agricultural staples in developing markets especially earns the ire of pundits, because it can stagnate and even destroy local agricultural industry so badly needed for food security.

Yet even after illuminating the dark side of supply-management, it is hard for even well-intentioned policy wonks to imagine untying this Gordian knot. Whole generations of farmers have positioned their livelihoods, retirements, and business practices around the system. There is no overnight change, no clever policy cleave for this knot. Compensating the country's roughly 15,000 dairy, egg and poultry farmers would cost more than $30-billion, and take at least a decade. Australia, which ended its dairy production controls in the 1990s, put an 11-cent-per-litre levy on milk for eight years to help farmers make the transition.

Most likely the Prime Minister will use the TPP as opportunity to start incremental reform of the system, but don't expect even that incrementalism to be painless. This isn't economics, this is politics plain and simple, and the chickens are restless. Let's hope the Prime Minister can talk them down before they burn the farm.

The Other Side of the Economics Coin

Economic policy recommendations arise from a) an understanding of how the world works and b) judgments about what makes a good society ...

This is in a country where public debt levels are expected to hit 240 percent of GDP next year Over the last three decades the percentage of Japanese voters over 60 has more than doubled, to 44 percent ...

Wishing for a Secret Agenda

I challenge you to find a secret set of government documents that more redundantly states what this Prime Minister has transparently said, over and over: trade, growth, jobs Now, we have "leaked" documents on this government's new foreign policy: so banal, so self-obvious, so redundant that it's pos...