"I think the author is right in a way, but also missing the larger point. Yes, I think it's important to be familiar with the Western canon and to understand "great books" in their historical context rather than critiquing a book written in 1882 for its adherence to rigid gender roles (for example). The university does have a responsibility to create cultural literacy in its students, and to promote the appreciation of culture and the canon rather than fatuous critique. But the university also IS a place for progress, for new learning, and for new ways of understanding old texts. All of the texts we think of now as the canon have been reinterpreted many times over the years, leading to a greater, not lesser, understanding and appreciation for them. Socrates' words were originally considered heretical; Aristotle's were accepted almost as science until real science came along to disprove many of his theories; Moby Dick was never popular in the lifetime of its author but was rediscovered as the great American novel later on. So if we refuse to integrate new approaches into our understanding of texts, our wisdom stagnates. It's important to understand the past, but we can also use the past as a tool for shaping new approaches to the present.

I think that discounting theoretical approaches such as postmodernism and deconstruction as "fads" is myopic. These approaches have a lot to offer in understanding both old texts and our present world."

"As a graduate student at a Canadian university, I deeply agree with Professor Goa’s analysis on an emotive level, and yet am uncertain how loudly to trumpet that agreement. I read Ron Srigley’s article last year, and recognized it as a manifesto, yet also as a biting criticism that derides the accomplishments of the modern university in areas besides the western tradition of liberal arts. For example, the “corporatized” university has become so because of the increasingly technical nature of 21st century professions; it seeks to prepare students for a world where critical thinking must be combined with a digital skillset. The explosion of university administration is a response to a continuing recognition of the new and diverse mental, social, and physical needs of the student body, only some of which are as specious as the much-maligned “safe-spaces” initiatives. The ideologies of post-modernity are in one sense a response to a proliferation of the voices and perspectives considered important in an academic context. The university is changing. It is becoming less white, and Western, and humanities oriented. As Professor Goa suggests, we must be careful not to abandon the university’s purpose in our race to accomplish these changes. Yet we must also accept that change is necessary, and celebrate those changes that deconstruct the cultural and political privilege of which Professor Goa (and I) are a part." 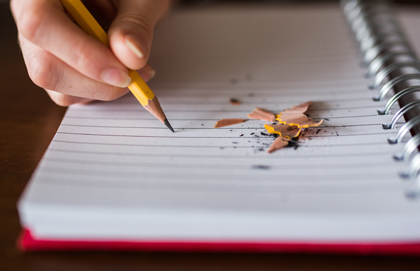 It's important to understand the past, but we can also use the past as a tool for shaping new approaches to the present.

“This piece resonates with me on many levels. I discovered last semester I do not like learning according to the "business model" that universities go by. I would not call myself an academic according to their standards, but I enjoy learning according to my own. I have harped on how the institution, which is our education system, is rife with faults as it caters to a "one size fits all" notion.  I think our professors are aware of that for the most part. I think there is absolute truth in how one must play a role so to speak to get to where they want to be (PHD, professor, teaching) and then have to keep on catering to that, as they get lost in the role. There is very little push back from what I have seen, but what I have seen are professors who actually enjoy their students and allow them to learn about things they are interested in. They not only care about the students learning, but also about their well-being, which is usually a significant factor in my own academic life and contributes to my deciding whether or not I resonate with a professor’s teaching style enough to study under them again.

We, as students, have to do things in a certain way to appease what the standard of learning is. I was saying to a friend just the other day that I have to memorize all this information, spew it out, and then by the next semester forget it already because I'm learning about something new in the same fashion. I don't think our education system has created a space for learning; it has created a gauntlet of mental toughness where, if you can prove you can survive and get decent marks through your education, you may have a shot at finding a job in the field you want where you can actually begin learning. I also think the work world is way less stressful than the education you have to go through to get to it.”

“Noam Chomsky has famously noted that “the smart way to keep people passive is to strictly limit the spectrum of acceptable opinion, but allow very lively debate within that spectrum.” It is this malaise of limitation from which I think many students and professors of humanities suffer, and which Professors Goa, Berg, and Seeber capture so well. Rather than entering into our studies with open minds and building a philosophy of self based on mankind’s rich history of thought, so many of us allow our development to be arrested by political presuppositions of various types which our world, with its rapid communicational capabilities and online intellectual silos, seems to demand of us. Most of the other central points of this review, including corporatization, lower-quality research, and the loss of what might be called the vocational components of the teacher-student relationship, are also well made. I think it behooves all of us to take learning a lot more seriously, to attempt to depoliticize our worldviews in our attempts to learn, and to try to build a system in which this sort of open learning is encouraged. In my return to university as a law student, I think I have found a silo where vestiges of the environment for which Professor Goa pines still exist to some degree. All hope is not lost just yet. But we need to keep these things alive, given that they are, to quote one of recent history’s greats, not more than a generation away from extinction.”

Brenna Carroll, MSc in International Relations of the Middle East with Arabic, University of Edinburgh:

"I think that David J. Goa’s critique of the corporate university in his summary of “The Slow Professor” glamorized ‘universities of old’ rather than addressing the age-old issue of how to cultivate civil engagement with ideas.  While I could rant for days about how university programs have been watered down by corporatization, Goa’s critique neglects to acknowledge that universities have historically served those largely in the upper echelons of society.  Though universities prior to 1975 may have educated the young to “enter society in positions of leadership,” liberal arts education was reserved for the noble-class, as well as the training of the clergy, physicians, and civil servants.  This excluded the working classes.  Had I been born two generations ago, I likely would have joined my grandmother at secretarial school rather than delighting “in the ways of thinking bequeathed by tradition.” Rising literacy rates, expansion of the middle class, and a shift to a post-industrial society in the past century increased demand for university-level education. However, as Goa points out, liberal arts have now been replaced by gimmicks to “retain students and increase enrolment.”

In our market-driven world, I don’t believe that liberal arts will ever be marketable on a mass scale – you can’t eat books – but that does not mean they are not valuable.  I loved studying liberal arts.  It helped me to understand the art, traditions, and ideas that have shaped the world.  My liberal arts experience inspired me to pursue a life of learning, reading, and discussion, though I may never make a career out of them.  Perhaps the glamourized ‘universities of old’ are dead, perhaps they only ever offered “healing of the soul” to a select few.  This does not mean that public engagement with great ideas is dead, but that it needs to take a new form.  The best example of a powerful civil discourse is that of Jesus, who engaged with the poor and society’s outcasts – as well as with rulers and ordinary people – about justice, mercy, and the love of God.  Yet, Jesus posed a threat to the authorities of his time because he made people aware of their despair, challenging the cultural status quo.  In the same way, liberal arts education threatens the corporate university because – rather than making students into happy consumers – it causes them to examine the ails of the human condition."

“If you want an event to be joyless, make it mandatory.”

I have experienced many conversations along the topic of this article in the last year, all with my university student friends who expressed their concerns about humanities in university becoming corporatized. It often provokes the question: is anyone taking arts for arts’ sake anymore? We take arts now as a means to an end in order to obtain a profession or pursue another route. Arts has been reduced in some circumstances to a stepping stone along the way, often where a university is profiting from the mandatory nature of an arts program. The worry is, that in doing so, whether the meaning or benefits from an arts program has been lost in translation. I personally believe, as a student who used an arts degree as a launch pad into another profession, that this worry is very real. While I thoroughly enjoyed my arts degree and the lessons I learned with it, I did not take it strictly for educational purposes. I am somewhat ashamed to admit that I took it as a means to an end. Additionally, the article noted a similar experience that happened in Syria in regards to the humanities, noting that this phenomenon is occurring on a world-wide scale. What is to become of the humanities if the educational purposes are no longer there?"

Two compelling voices from academia respond to Cardus’s senior researcher Doug Sikkema’s critique of university administrations. What do you think? Is your experience that the god of market has turned our colleges into an educational version of Costco? Let us know.

Unlocking the Doors of Education

Life’s circumstances have a way of reintroducing us to grace, writes Joseph McDaniel. His personal journey refreshed his perspective on his vocation and encourages us to be open to the expansion of our own horizons by the grace of God.