Cardus colleague Milton Friesen's blog post yesterday encapsulates the wisdom and the error of the world.

The wisdom, not surprisingly, comes from Milton himself, who in his prudent, sagacious, northern Alberta farm-bred manner, cautions against jumping up too fast to follow predictions of what career skills will be most needed in the economy to come.

Milton, for those who don't know him, is a man who can excuse himself from leading a detailed, highly nuanced discussion of the literature on renewal of social architecture to go and fix a furnace that's on the fritz. Or rebuild a retaining wall. Or preach at his church.

As such, he is far more than the cliché of the modern day multi-tasker, or what used to be called the Renaissance Man. He is the active refutation of the error of the Google-generated Top 10 Skills Lists he wrote yesterday. He is the manifestation of the reality that there is no such thing as 'a skill' anywhere in the world, despite a world that persists in the delusion that skill is singular. 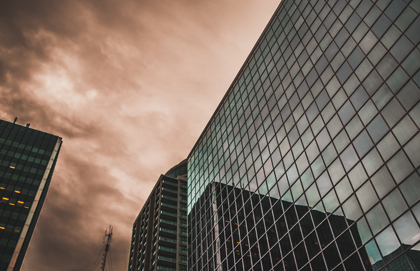 No. All skills are a compendium of a myriad of other connected, and almost invariably invisible, skills. Curiously, or perhaps fittingly given the fruit loopiness of current culture, we do recognize this most clearly in the domain of sport.

We accept that in athletics, skills come from drills. But anyone who has played any sport knows that drills themselves require, and stimulate, the development of other, related skills. Balance requires coordination requires focus requires breath control requires mental mastery of self-negation requires spiritual achievement of faith in staying on a path.

My favorite illustration of such interrelation comes from way back in the day when Fred Shero was the coach of the Philadelphia Flyers. He ordered the team to spend part of a practice skating around in circles on one leg. It went on interminably until finally Flyer captain Bobby Clarke skated over and said he understood the drill was supposed to help with skating but had to ask why they were doing it for so long.

"It's to teach you to ask why you're doing something," Shero answered."I'm surprised it took you so long."

When my kids were young, I used to drill into them that achievement is always an aggregation, not just an event. I recently had to convey essentially the same message to a friend in his mid-50s who lost his job. He was in despair at the prospect of his "skill" being outmoded and unmarketable. Then I walked him through all the skills he had honed to a truly brilliant edge over the years, and which in their aggregate comprised the one "skill" he had taken on as his identity. He was flabbergasted both at the realization of the skills he actually possessed—and at the realization of the power of the error of being unaware of what skill actually is.

Yet we live in an age where that error of singularity is perniciously ubiquitous despite our ceaseless hoo-haw celebration of pluralism and multiplicity. We live in an era where you are a 'this' or a 'that,' where small-c catholicity is, perversely, derided as the negation of diversity.

Perhaps it is this habit of reducing composite to monolith that makes Christianity so uncomfortable for so many of our contemporaries. For while the emptiness of the Easter tomb is the fulfillment of the faith, it is each of Christ's steps leading to the empty tomb—and the cumulative effects of those steps upon us—that we experience in reading Scripture, in following the liturgical year, year after year, throughout our lives. The aggregation makes the achievement of Christian faith not just possible but certain, not just an event but the essential skill set of wisdom and, infinitely more importantly, salvation.