There’s a hymn which, loosely paraphrased, contains a Christian prayer: "teach me to accept the things that are revealed, and to refrain from understanding the things which are too deep for me."

As a specifically Christian prayer, it creates a distinction between passive and active understanding – particularly the kind of active understanding that grasps deep spiritual truths in places where we are not entitled to find them. And it places an onus on Christians to refrain from reconciling themselves to things which, on face value, escape or exceed thought.

I once overheard someone talking about whether there was an appropriate way for Christians to approach or think about things such as alien lifeforms or artificial intelligence. The answer was interesting, and instructive: we can affirm at one and the same time that nothing is outside of God’s sovereignty, and that we do not have the capacity to really understand such things.

Does that perspective simply reflect a lack of imagination?

It’s difficult to accept the challenge this levels to thought. The tendency to put thought within a humanistic context, subject to an exchange amongst equals, and in loving deference to social ethics, only serves to negate artificial intelligence more fully. Who can accept that technology always ‘wins,’ that it is only ever put into the service of a narrow and infuriating totalitarianism? This is an unacceptable hypothesis for anyone who thinks, for anyone who makes an effort to think. But artificial intelligence, in its indifference to the conditions and context of thought, appears to push for its own objectives, which appear to be decidedly different than those of anyone who thinks that intelligence, in general, is something which serves the common good. 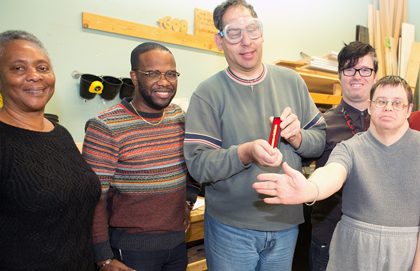 Horizons of Belonging
The Zombie Pantheist Apocalypse
The Conversation: The Familial Intensity of Faith

In philosophy, the tendency to assume thoughts with a natural appearance are true, and those with an artificial appearance are false, is called the natural fallacy. This term, and its definition, legitimately put into question, and dispel, a whole host of thoughts and ideas and concepts grounded in assumptions about how the world really was. The flatness of the earth, to use one example, is something that for a long time was taken for granted. But this is not an argument for how even the most intelligent amongst us can be deceived by natural thoughts. The point here, rather, is to show how the artifice of artificial intelligence – an intelligence which is ‘creepy’, ‘authoritarian’, or ‘controlling’ – hints at yet an unthought-of-dimension within thought in general.

Artificial intelligence is generally associated with the technology in which it is manifest. The character of technology, the essence of technology: is that something artificial? It is artificial, if only to be distinguished from the natural. It is artificial, in a way which serves to augment human nature. A cell phone enables us to do more and to expand our presence – and to do it naturally, which is to say, within the realm of human understanding and to our comfort.

The CEO of Christian Horizons talks about the gifts that people with intellectual disabilities give to the larger society, and what it means to move beyond welcome to genuine belonging.

The Conversation: The Familial Intensity of Faith

Thomas Cardinal Collins, Archbishop of Toronto, on the family of faithful that sustains him