Still eating leftovers from Thanksgiving dinner? Herewith some “leftovers” of my own – except that they have never been served. Rather some “leftover” thoughts on smaller items – less important though perhaps more amusing – from recent days. In the print edition of Convivium we used to call it “Small Talk,” and we return to something like it this week.

The National Post proved its indispensable value over the holiday when it ran, in time for Thanksgiving, a plea to banish the turkey. It was brave, it was timely, and most of all, it was right. Dustin Parkes sounded a clarion call to “liberate ourselves and escape the tasteless tyranny of turkey.” It’s a Thanksgiving grace that deserves a hearty Amen.

Parkes reviews the history of the turkey in North America, and the commercial breeding that makes it overlarge and hard to prepare. But above all he makes the clinching argument. It has no taste:

Allow me to make the case.

If we cannot judge food on what it does on its own, what then are we judging? When the gullible speak of their devotion to turkey, they are slow to mention the meat of the bird. Instead they bluster on about side-servings, accoutrements and stuffing. They wax poetic about a skin that only got to be crispy by smothering it in butter (even the brand most associated with turkey has butter in its name and rubs copious amounts over its flesh before shipping it to grocers). With a mouth full of meat, dressing, potato and sugary cranberry sauce, they moan their approval, seeming to forget that they drowned the entire culinary collage in a lardaceous gravy – a necessity to allow their permeable bird to reach the most primitive standards of human edibility.

I was blessed to grow up in a home that had a delicious native cuisine (from Goa, India) and the sort of sensible mother who, having once made a turkey as an homage to the country which had treated us so well, decided never to do so again. So we had our Goan food on the big feasts – but did not ignore the Canadian preference for poultry. We did not go big, but small. Common sense and culinary courage led my mother to opt for the Cornish hen. It can be stuffed like a turkey – which is the main point after all – and its small size means it is easier to cook in a flavourful way. The skin to meat ratio is magnificent. And because it is not chicken, it offers a festive diversion from daily fare. Why more families don’t, in this and many other ways, follow my mother’s lead remains a mystery.

Keep the stuffing. Keep the crispy skin. Keep the cranberry sauce. Keep the gravy. Just put it all on a Cornish hen. If you were afflicted with a turkey this past Thanksgiving, let it be your last. It’s not too early to put in a Christmas order for Cornish hens at the local butcher.

The National Post, scrupulously fair, also published a defence of the turkey. However, as the bird is indefensible, the counterpoint had to concede the principal argument of flavourlessness. Making a silk purse out of a sow’s ear is easier than making succulent a slice of turkey.

Claudia McNeilly argued that sometimes what we need is nothing at all. Turkey fits that bill:

If a series of unfortunate events has ever led you to believe that you are getting fired, or being dumped, or a loved one is in danger, or you’re about to miss your flight, or you can’t tell if it’s an allergic reaction or gonorrhoea, then you know that there are few things more comforting than the prospect of nothing. In these situations, the phrase “it might be nothing” is applied like a cooling salve. Despite a lifetime spent trying to accumulate things, nothing is often our greatest prospect. Unfortunately, when it comes to food, the appeal of nothing has been all but forgotten.

In cooking, we are taught that more flavour is always better.

Of course it’s no new discovery that the bold flavours of salt, sugar, fat and acid make food delicious. But in our obsession with injecting more taste into every square inch of our plates and palates, we tend to overlook the bland ingredients that make great food possible. Mild and flavourless accoutrements like bread, rice and potatoes are the backbones of flavour.

With its tame and inoffensive meat, turkey is often criticized for being flavourless. But this is exactly what makes turkey great. The bird is the bread of meats, the tofu of poultry, the rice of the animal kingdom.… Thanks to its banal taste, turkey is the earth’s most versatile meat.

I’ll concede her point. If overstressed from awaiting the results of a STD test, perhaps a banal sandwich is an understandable desideratum. But if a celebratory occasion is to be had, and the STD status of the guests is not a concern, perhaps something a little more exciting than the baked potato of meat is required. 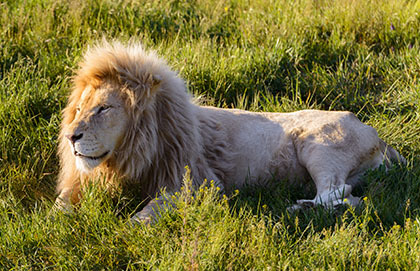 The Lion, the Beach and the War Horse
The Beginning of the End: Lessons on the Fortieth Anniversary of St. John Paul II’s First Visit to Poland
God Must Be Tax Free

Keep the stuffing. Keep the crispy skin. Keep the cranberry sauce. Keep the gravy. Just put it all on a Cornish hen. If you were afflicted with a turkey this past Thanksgiving, let it be your last. It’s not too early to put in a Christmas order for Cornish hens at the local butcher.

Superheroes and the Metropolitan Community Church

A long weekend is the usual time for those long, long features that a leisurely Saturday morning allows time to read. The Toronto Star ran such a feature on the new pastor at the Metropolitan Community Church in Toronto, which has about 600 congregants. I don’t recall similar features on pastors who lead congregations of perhaps ten times that size, but the MCC’s religion is unusually faithful to the prescriptions of holy writ – in this case the social vision of the Toronto Star itself.

My attention was caught by the opening quotation:

Rev. Jeff Rock is a self-professed geek who’s as likely to quote from Spider-Man as he is chapter and verse.

“With great power comes great responsibility,” says Rock, 33, talking about his new role as the head of the Metropolitan Community Church of Toronto.

The superhero citation may not have the gravitas associated with church services. But perhaps that’s fitting at a church known for its advocacy, inclusion and as the site where two marriages in 2001 would later be recognized as the first legal same-sex unions in the world.

I rather doubt that they screen movies on Sunday mornings at the MCC, but they likely do read from Luke 12, which apparently the Toronto Star’s writer does not: “Every one to whom much is given, of him will much be required; and of him to whom men commit much they will demand the more.” That’s Jesus, who often does lend the necessary gravitas to church services.

Hell might soon be the only place where it will be okay to smoke.

The new pastor grew up in Red Deer, where he says that “he never experienced homophobia, but there was some racism.”

“There are certainly a few rotten apples … in Red Deer,” allows Pastor Rock. “But I’m hell-bent and determined that a couple of bad apples won’t ruin the bushel.”

Hell-bent? Surely an odd turn of phrase for a pastor. I don’t suppose, though, that Pastor Rock believes in Hell, or permanent estrangement from God. Which better be the case, because if there were such a thing, the new pastor would be of little use.

Rock doesn’t hold to the notion of God as a male figure with a beard sitting somewhere in the sky, but as a “deep inner voice of love that calls us to do our best.”

He says he always tells people that his “job as a minister isn’t to save souls. It’s to build community,” he says. “So my job is to help people learn and grow from each other.”

Aside from little children, I don’t know any Christians who think of God as a bearded sage in the sky. But if the MCC doesn’t go in for the salvation of souls, there had better be a lot of superheroes in the congregation. Absent salvation, better to “learn and grow” from people with superpowers.

I noted that McMaster has decided that smoking will be banned entirely on campus in 2018, including outdoors. McMaster will be the first such Ontario campus to go in for total prohibition. McMaster, its president explained, is all about health, and so will do what it can to “discourage” unhealthy habits. I eagerly await McMaster’s campus prohibition on binge drinking and promiscuous behaviour, both clearly linked to bad health outcomes.

It’s hard to be progressive these days, though:

McMaster University recognizes the unique relationship that many Indigenous cultures have with traditional and sacred medicines. As such, exemptions to this policy will be granted, upon request, to members of the McMaster University community.

Indigenous faculty and staff will have to apply for permission from the administration to engage in their traditional and sacred practices. That should go over well.

At McMaster, innovation is about staying just a half-step ahead of the most fashionable trends.

The Lion, the Beach and the War Horse

God Must Be Tax Free