"Canadian summer, as all Canadians know who've lived here for at least two years, is like a wall mural that shifts from exuberant colours of joy to shades of muted melancholy in a handful of panels. We burst out of June, we revel and renew in July. But by August, deny-deny-deny as we will, we already apprehend the season's turning. Canadian eyes, looking at middle summer evening light, inevitably mark the revelation of lateness coming earlier each day. Three archival pieces written over the years by Convivium publisher Peter Stockland capture this contradictory reality of our summers. We love their almost-American brash arrival; we understand their truly Canadian quality is the way they slip quietly and inexorably away."

Yesterday when I walked home from the commuter station, it was a Lockean evening, not John Lockean but Goldilockean: not too hot, not too cold, just right; and a neighbourhood boy jogged by towing his little brother on a skateboard. A woman with unguarded gray hair watered flowers, and as a man passed she called "want a shower?" before impishly flicking the garden hose so a jump rope of water rose and stray drops descended on him, making him turn to her and laugh like someone surprised by joy. Following, I renewed my vow to love God entirely every moment.

There was a tree-demolishing windstorm in my Montreal borough last week, but it was a zephyr beside the summer long in-house hurricane known as my wife.

She has been wreaking a clearing and cleaning path since mid-June, making landfall in the overcrowded slum of our laundry room just before the solstice, then churning her way up the coast with lightning speed toward the densely-packed districts of the garage.

We have all seen video footage of cars and cows being heaved Heavenward by the sheer power of a tornado, but I believe I am the solitary witness to the force of nature that is a five-foot tall French Canadian woman tossing boxes and bric-a-brac over her head toward the open door.

In the chorus of the Jimi Hendrix classic from the Summer of Love, "the wind cries Mary." In my household this summer, The Hurricane howls: "Old! Useless! Out!" You will appreciate the many nerve-wracking moments when I wondered how long it would before I, too, was lifted and deposited firmly on the curb.

To abandon such hope is to acknowledge that a lifetime spent chasing daily foolishness represents a chronicle of wasted time.

So far, the time-honoured strategy of retreating to the basement and hiding there has preserved me. I even managed to sneak a cardboard container of cherished memories past the flashing eyes of the storm, and have been amusing and consoling myself by exploring its mysteries a little at a time.

The overarching mystery, of course, is why in the name of the TV show Hoarders I kept so many insanely useless objects for so long. How insanely useless, you ask? Try this: if you should ever need to know the exact speaking order of the candidates at the founding convention of the Canadian Reform Alliance Party (yes, that's what it was initially called), well sir, I am your Huckleberry. I kept the documents.

There are items of even deeper mysteriousness. I pulled from the box a white neckerchief bearing delicate blue script that says: Stop Bill 31. I have absolutely no idea what Bill 31 was, though Wikipedia tells me it could variously refer to a 1985 bill to amend the Indian Act, a 2007 bill to amend the federal Elections Act and the Public Service Employment Act, or a 2012 bill to amend the Immigration System Act. In one white cloth scarf, inscrutable archeological conundrums are raised:

Which Stop Bill 31 scarf do I have?

Why did people think wearing a white scarf with blue writing would magically contribute to stopping Bill 31?

Why did I feel compelled to store this unidentifiable and utterly unremarkable fragment of history in a box on a shelf in my garage some unknown number of years ago?

No less confounding are the several kilograms of old magazines that form the cellulose sedimentary layer of my safekeeping. Did I genuinely believe, at some point in my life, that I would at long last read Dennis Drabelle's review of Gordon A. Craig's book on Theodore Fontane in the October, 2000 issue of the Atlantic Monthly? Or did I think that, eventually, there would be a compelling need to revisit Pedro C. Moreno's "Rapture and Renewal in Latin America" in my June/July 1997 copy of First Things? (Given the provenance of the current pope, there may well be reason to revisit it, though I haven't gotten around to it—mainly because I didn't know it was there until yesterday.) 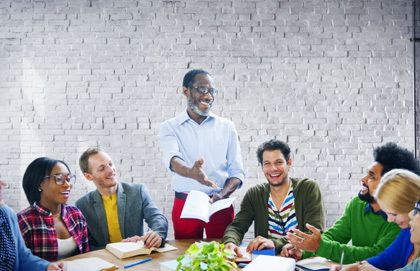 Progress in the Face of Reality
Faith in Conversation
Publisher's Letter

These are but two of the questions that float to the surface the deeper I dig into my mystery box. Partial answers—or blame—might arise from both conservatism and journalism.

I am, in general, conservative. Conservatives conserve and that necessarily means preserving Tradition in the midst of a midden. I have also spent my adult life as a journalist, and journalists must hold onto relics in the fond hope the objects will some day truly seem part of something terribly important. To abandon such hope is to acknowledge that a lifetime spent chasing daily foolishness represents a chronicle of wasted time.

In his magnificent memoir Chronicles of Wasted Time, the great British journalist Malcolm Muggeridge has a stunning paragraph about finding an old yellow clipping of his and being unable to recall any of the principals in it—or why it was so urgent to shout down the phone line to a sub-editor at his newspaper about their activities. Years on, he realizes, it all seems so ephemeral because . . . it was.

Or as the psalmist says: "As for man, his days are like grass; he flourishes like a flower of the field; for the wind passes over it, and it is gone, and its place knows it no more."

This old porch is just a long time

Of waiting and forgetting

And remembering the coming back

Oh, we hold hard every year onto this week that's coming, don't we, knowing what's lying so soon ahead? Labour Day has been rounded like a highway curve. Schools briefly brighten fresh again. Nature arranges a convalescent's shawl on her own narrowing shoulders.

Evenings on my front porch, that very light illuminates the miraculous works of spiders and webs that leaves a favoured place to take a cup of tea transformed into a complex of eerily silent industrial projects, construction sites, war zones.

We live a stone-pitch from a widening of the St. Lawrence called Lac St. Louis. We can watch ocean-going freighters move through the locks on the far shore of the river that fur trade canoes followed to the interior 300 years ago. By an alignment of entomological conditions that outstrips my understaning, we have an even greater abundance of spiders than of history.

Mornings are always a festoon of strands, loops, swirls, and mandalas hanging from chairs, dangled from table tops, wrapped around window frames, drooped from the edges of the front porch light. I am the cleaner who steps, by the tacit consent of ritual task, into this variation on a hotel ballroom after a New Year's Eve bash to raise my broom and sweep the webs away.

The sentimentalist in me dislikes having to wreck what they've created, sending spider mobs scurrying, like hung-over commuters late for a train, across the porch and down the front steps. But it must be done. Creativity without restoration of order breeds an anarchy that even arachnids cannot be permitted.

I think they understand it, or at least naturally abide it, because they bide their time until late afternoon and early evening before returning to reclaim, reconstruct, renew. With a teacup at the table, I like to sit in the diminishing moments of summer light watching the spiders go up and down, rising by their mystical acrobatics, rappelling down the stone work on the front of house.

My wife and I will go together to vote today. She became fascinated in early August by the machinations of politicians in our Quebec election, and followed each twist and turn, every promise and lie, diligently on the web and television news. But after a life of political immersion, I preferred this summer to observe the intricate webs of deceit spun by the creatures with eight legs that lie so patiently in wait. They, to their credit, eat what they kill.

Yet they, too, must feel the coming of what lies so soon ahead. These last few days, this turning point of season, has seen a shift from abundance to frenzy, from activity to a furious last packing in. By some insect instinct that escapes my understanding, they seem to know, in E.B. White's words from Charlotte's Web, "Over and gone. Over and gone. Summer is dying, dying."

All too soon my broom will sweep only heavy snow from my porch and steps. All too soon a teacup left outside on the porch would fill with ice, enough, perhaps, to crack it, to leave it in shards. All too soon the tables and chairs where the spiders spent the summer building and creating will stored away against winter months of waiting and forgetting.

All too soon. But not yet. Not yet. Hold. Hold hard, for a few more slipping days.

Progress in the Face of Reality

Not surprisingly, both as a study presented by a "progressive" institute and as a general observation of life, more "young" Canadians than "older" Canadians support the agenda of the Broadbent Institute This led to the question posed by the title of the report: "Could a Progressive Platform Capture ...

The Canadian Race Relations Foundation will hold a symposium in Richmond, B. C. this Thursday on whether cities in this country are doing enough to combat intolerance, including toward religious faiths. We sat down with CRRF Executive Director, Anita Bromberg, to discuss the upcoming event.