Tens of thousands will march in Ottawa today in celebration of human life, proclaiming that all life has value and ought to be protected in law. But the advent of assisted suicide and voluntary euthanasia means that life is less protected in law than previously.

The great majority of the marchers will be religious, motivated by their faith to demonstrate in favour of life. Yet one need not be religious to defend life. After all, the “right to life” in the Charter of Rights is not a religious tenet. All formulations of human rights include it.

Yet when it comes to suffering at the end of life, sickness and disability, it does seem that, absent a religious point of view, life appears to lose its value. Hence the advance of assisted suicide and voluntary euthanasia.

We are a year or so into the new legal regime in Canada, and a few weeks back I was a guest on TVO’s public affairs program, The Agenda, to discuss the issue. Toward the end of the interview, the host Steve Paikin turned to me and asked: “We are a day removed from Easter Monday, and a lot of people in our community have been thinking about Jesus over the last four days. We know he suffered.

“I wonder if part of your approach on this issue is that life is filled with suffering and so is death, and that is just the way it is?”

I suppose it is the way it is. Suffering is a reality that no life is immune from, and which some lives are continuously marked by. Death comes for everyone, and for most it is accompanied by a deterioration that causes suffering. 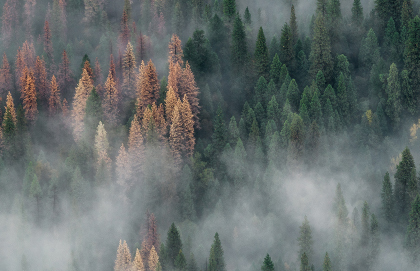 Yet when it comes to suffering at the end of life, sickness and disability, it does seem that, absent a religious point of view, life appears to lose its value.

So important is this capacity to end suffering by suicide that those who are now able to commit suicide on their own, but foresee a time when they will not be able to do so, are “forced” by those circumstances to commit suicide prematurely. Hence their right to life is compromised by premature suicide and, amazing to behold, the right to life therefore includes a right to assisted suicide and voluntary euthanasia.

Palliative care advocates respond that much, if not all, physical pain, can be treated effectively at the end of life. Not all suffering ,though, is of a physical nature. Even a superlative palliative care system would not eliminate the suffering that arises from diminishment.

So the question of suffering remains. The Court, faced with the reality that suffering cannot always be eliminated, agreed that there must be times when the elimination of the sufferer is the best that can be achieved. For now there are some conditions that must be met, but over time they will give way. They will have to give way, for wherever there is suffering there will exist the option of suicide for the sufferer. Hamlet was not suffering a terminal illness.

So does it matter that Jesus suffered? Supremely so. For the Christian believer, the suffering of Christ is redemptive and gives meaning to all sufferings spiritually united with it. Each religious believer and, for that matter, any person who offers a philosophy of life must confront the reality of suffering. Canadian public policy has done so in a coherent, if utterly bleak, manner. The marchers on Parliament Hill have a different answer because they have a different understanding of suffering.

The same episode of The Agenda included two sisters whose father had chosen euthanasia. They recounted his ailments, which were many and causing great suffering. At one point, the sisters told their father that if he had been a dog, “we would have put you down by now.”

“Call the vet,” he replied.

The meaning of suffering forces us to face the meaning of death, which is another way of confronting the meaning of life. It is not only religion that provides that meaning, but without religion it is rather more difficult to do so. That is why the marchers on Parliament Hill need not be religious, but largely are so.