When first alerted to this story by social media, I checked Snopes to ensure it wasn't a hoax.

The city of Houston has issued subpoenas asking five pastors to provide attorney's with copies of "all speeches, presentations, or sermons related to HERO, the Petition, Mayor Annise Parker, homosexuality, or gender identity prepared by, delivered by, revised by, or approved by you or in your possession." HERO refers to the Houston Equal Rights Ordinance, a provision adopted in June specifying that no business open to the public could deny a transgender person entry to the restroom consistent with his or her gender identity.

To reduce this complicated story to its bare essentials, City Council adopted the controversial HERO ordinance in June. Immediately after its adoption, opponents began organizing petitions for the repeal of this legislation; 17,269 valid signatures are enough put the issue to a referendum in November's election. Over 50,000 signatures were submitted, although city officials are challenging the legitimacy of those signatures. Part of the argument is that many of them were collected in church settings, and churches are not supposed to be political—therefore, these signatures don't count. (Disclaimer: I'm not a lawyer. But while a church participating in inappropriate political action might jeopardize their tax status, why it should disqualify that signature from being valid?) Legal actions have been filed on both sides of the questions and the lawyers are busy gathering their evidence. The controversial request for sermon manuscripts comes in this context.

Let's set aside the controversy that surrounds the HERO legislation and the understanding of gender it represents. This issue also has clear implications regarding the role and relationship of church and state in contemporary society. And skimming online reactions to this skirmish from a variety of perspectives, there is reason to ask whether some arguing on behalf of church and state have confused their roles. 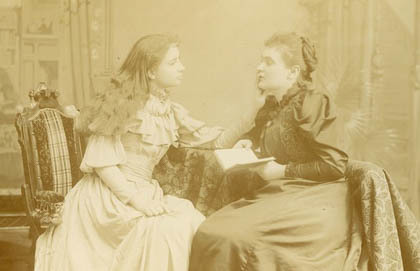 Miracle Worker
Church Meetings Matter
Where are the Atheist Churches?

A subpoena requesting sermon manuscripts prompts understandable flabbergast and invites the easy response that the state is trying to monitor and even prescribe acceptable sermon content. That's a bit of a stretch here—lawyers are gathering the evidence that may be relevant during the legal discovery process. It seems a fishing expedition but anyone familiar with legal processes know that this is how lawyers often work. You can't control what your opponents do but you do control your response. Over on thefederalist.com, there's been a debate about how the church should respond. Brian Lee has suggested that the churches should just hand over their sermons (all of which were delivered publicly and most of which are online anyway) as a submission to legitimate legal authority and "even celebrate [this] as an opportunity for bearing witness to Christ."

Mollie Hemingway suggests Lee is mistaken and that this request must be resisted in the name of "our constitution and other laws that protect our God-given religious liberty." The Alliance Defending Freedom, in its motion to squash the subpoenas, argues that this legal overreach has little to do with the merits of the immediate case but rather is designed to punish those who opposed the city's HERO initiative and designed to "discourage them and other citizens from ever doing so again."

I recognize the risk of providing advice from afar in such cases but there is something about the tone of these comments that merits reflection. I am with Brian Lee in suggesting that the pastors and churches ought to respond to the request in accordance with their primary office and calling. Churches as institutions shouldn't get involved in the specifics of political initiatives but when invited to have their prophetic voice heard on issues that involving such basics as human dignity and identity, they should take advantage of that opportunity.

What of the legal intimidation and erosion of legal rights? I don't doubt that this is part of the city's strategy and by all means, non-ecclesiastical legal groups such as ADF do well to stand up and use legal tools to limit the abuse of authority and to ensure that free speech and religion are respected. But the church and pastors' response should, as much as possible, be an ecclesiastical one, not a legal one. You want to read our sermons? Read away, and take careful notes!

The irony is that while some seem to advocate that the church default to a political and legal strategy as defining her response, the city seems to be adopting a most imposing posture of doctrinal conformity on the other institutions of the city. City Council, being every bit as imperious as church councils have been accused of when they are their worst, has changed the city's anthropology as it applies to gender and demands total conformity, ready to socially excommunicate any institution that raises questions. (It would appear that on Wednesday, the mayor began the process of backing down although if the objective was intimidation and marginalization, that already would have been achieved.)

This case raises complex legal issues regarding the nature of church-state relations. I'm not naïve to the serious implications of the state putting pressure on religious groups to conform their doctrine to emerging social norms. Freedom of religion and speech should never be taken for granted and deserve vigilant protection. Neither of course, should we pretend (especially when in the name of religion, there are those who would seek to destroy our freedom or promote terrorism) that religious rights are absolute and never are there circumstance in which the state and society does not have a role. This is complex territory and simplistic reductionisms complicate rather than help the discussion.

But the complexities should not obscure a simple reality. The church and the state are different institutions that ought to conduct themselves by different strategies and norms. In Houston, it would seem, the state is behaving more like a church (and not an especially good one at that) while some in the church are responding with politics and law to defend their rights. The immediate case may be about gender identity, but there is also a bit of role confusion that is taking place here. Yes, Houston, we have a problem.

A Christian social witness begins not with the fall and the evidence of brokenness, but with creation—and the human potential and hope for flourishing which God has placed into it Why was Annie able to make progress where the Keller family had failed? Annie saw the dignity and potential that Helen p...

The world is a different place as a result of such meetings and impacts many, including those who would prefer to have no regard for church life Still, the continued existence of an institution existing not for the benefit of her members but in order to provide a tangible witness to the reality of a...

Where are the Atheist Churches?

He then wonders what would happen if you "make a bunch of atheists turn up in person someplace every seven days, to perform various non-believing rituals and maybe have some coffee, and contrast those who stick closely to the regimen with equally assiduous church attendees Perhaps the benefits of re...