When I was young, most Sunday mornings involved my parents wrangling their six children into our faux-wood paneled station wagon—yes, the one with the coveted rear-facing backseats—in a whirlwind of teeth and fingernails.  It was almost always the antithesis of the Sabbath rest to which we were presumably called. At the time I didn't know why they did it; now I just don't know how they did it.

I do know, however, that I hated these mornings because I was being forced to go to a place against my will.  I remember, as my face was held tightly against the glass of a side window by some unseen shoe of a sibling, looking longingly at the large cherry tree we had in our backyard and wondering if that existence might not just be the one for me. Sure, I'd never get to run around anymore, but that was a small price to pay for no more church and no more sermons. There was a sort of seductive freedom in living like a tree.

Such was my kindergarten logic (and, likely, Calvinistic total depravity).  All this changed, though, when I grew up and, like Paul, put childish ways behind me. Being able to drive really meant freedom, although by this time we had moved on from the station wagon and to an oversized, female-repelling hybridized van/mini-bus/utility vehicle. So, there were still some seriously built-in limits to my Kerouacian "freedom." Still, I could go where I wanted, when I wanted.

I thought about these moments recently as I worked through some initial thoughts on place, and started to realize that making an apologetic for place can (and often does) quickly sound like a childish desire to live like a tree. Championing place often means that good living is simply rooted living. But it seems that our ineluctable capacity and desire for movement must be accounted for in any treatment of place worth its salt. 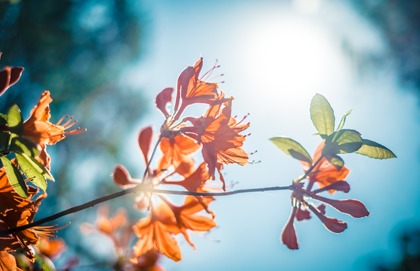 We Work in Beauty
Prizes for Poets
The New Scientism: Still Fighting the Phantom War

Edward Casey, in his book Getting Back into Place, actually argues that by our very nature, humanity's default mode is getting out of place. Our first place—the womb—can only contain us for so long. The same is true with our childhood home: we can't stay under our parents' roof forever (although millennials seems to be testing the limits of this). Unlike rocks or trees or even most territorial animals, we are creatures defined by our ability to move and adapt to numerous climates and landscapes, to work within prescribed material limits, but also to push against and redefine these limits in the places we make.

So, being bound to a place or being freely on the move: which one is best?  In articulating the differences between Americans and Canadians on this front, Margaret Atwood theorized that the idiosyncrasy of American literature was the heroism attached to those who broke free of the bonds of family, community, and place and ventured out freely into the unknown. According to Atwood, Canadians also long to break free of their tight-knit garrisons, but only manage to do so with fear and trepidation, worrying that such breaks involve an irrecoverable loss of place (just read Alistair MacLeod to see what she means). While her framework is perhaps no longer relevant to contemporary writing, Atwood's thesis invokes the tension between settled dwelling and unsettled movement looming large in our north American psyche.

Yet this still doesn't solve the problem. How does a robust theory of place account for our yearning to move and be in other places? Let me suggest two possibilities.

Perhaps what we can learn from some of the great literary travelers, like Huck Finn or Odysseus or Bilbo Baggins, is that our connection to our places is often enriched (quite literally in Bilbo's case) by journeys away from home.  Anyone who's traveled, gone off to university for a few years, or undertaken the 21st century pilgrimage of the road trip knows that such sojourns not only involve personal growth, but allow for the real possibility that the places we return to can be seen with new eyes and improved by the knowledge of the good things to be found in other places. If place studies refuse to acknowledge the benefits that such movement brings, they quickly become a breeding ground for isolationism and xenophobia detrimental to a flourishing life and, by extension, a flourishing place.

But what if you decide not to return to that "home" place?  What my five-year-old self failed to realize is that part of our privilege as humans is that we don't live like trees: we can move and return, or we can, like immigrants, move and never return. Salman Rushdie claimed that the key figure of the 21st century is the immigrant. Atwood went further and said we're really all immigrants. Particularly in North America, most people with European descent can't go back more than 200 years before they find that they are a product of transplanting. Even the people we label "indigenous" came from somewhere else at one point in time. While apologists of place and defenders of localism might hear this and start wringing their hands at such placeless mobility, they do so failing to realize the wonderful human resilience evident in our ability to adapt and change to new places and our ability to be "home" in multiple places.  If "good places are distinct places," (as the case was made in Why Place Matters), then it seems that distinct places must allow and value the cross-pollination that comes with such mobility.

It seems to me that a robust vision of place does not irrevocably separate mobility from rootedness; rather, it sees them as two parts of a dynamic whole.

We Work in Beauty

It's easy to talk a good game about the need for a liberal arts approach to education and the overlap in various disciplines, but when push comes to shove and we need to solve real problems, "How," as Joustra cheekily asked, "can beauty save the world?" And to save the world is not simply a matter o...