Maybe Prime Minister Trudeau was smiling under his mask as the governor general delivered the throne speech on Wednesday. But if he was smiling, it would suggest he didn’t realize he was swimming into turbulent waters, the din of which could easily drown out whatever he hoped Canadians would hear from the speech.

What did the prime minister hope Canadians would hear? Ultimately, only he and his trusted inner circle can know for certain. What the rest of us know is that on August 18, the prime minister prorogued Parliament. “Canada is at a crossroads” the prime minister argued, and a new mandate was needed from Parliament to support the government’s “ambitious ideals.” Those who thought he was maneuvering to remove the WE scandal from the front pages were just being political cynics.

In the following weeks, speculation ran rampant with suggestions that what we were about to see were transformational changes to the social safety net, a green economy, and a reshaping of government that would ultimately define Justin Trudeau’s legacy as prime minister. The COVID challenge seemed to remove the restraints on spending. And the speculation reminded me of reading the Berenstein Bears The Big Election to my son many years back: promises of more worms for the robins and fewer robins for the worms. Canada 2021 was, or so it seemed in early September, to receive all of the nice stuff that progressive governments could provide.

By the time Governor General Payette read the roughly 6,800-word text, Canadians’ expectations had been lowered and the pomp and circumstance of throne speech rituals were muted by confidence vote and election musings.

By the time Governor General Payette read the roughly 6,800-word text, Canadians’ expectations had been lowered and the pomp and circumstance of throne speech rituals were muted by confidence vote and election musings. The prime minister reinforced the message in his subsequent television address. “Wave two of COVID is here,” he softly said in a half-whispered tone. “We need to work together to overcome it. Government is here to help us through it, but we all have to do our part. And yes, the government will continue to implement the progressive agenda on which it was elected in 2015.”  The four explicit pillars of the throne speech amounted to: 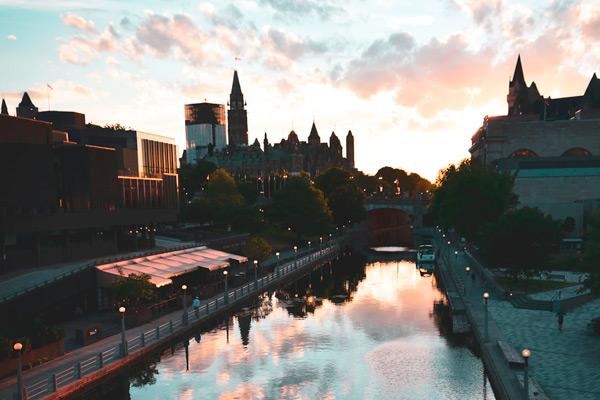 Deciphering WE and Democracy
Sustainable Cities and Social Capital: Common Dilemmas and Hopes
Places of Worship Protected in City Core

The prime minister was the most concrete when he told Canadians that while family Thanksgiving dinners were a goner due to COVID, we “have a shot” at Christmas get-togethers if we all stick together. In the meantime, expect the next few months to not be that different than the past few.

Paul Wells in Maclean’s counted the words, noting that “continue” and “already” were far more prominent than change; that the big initiatives that were promised were rehashes of old promises that already had been partially implemented in previous budgets, and that in reality there was little new to be found here. The Globe and Mail asked incredulously, “We prorogued Parliament for this?” Jen Gerson, a freelance journalist now publishing on the recently established platform The Line, tried to put this into a larger perspective. She suggests the throne speech represents a politics unequipped to deal with the real world contemporary challenges.

“(W)e've allowed ourselves to be governed by sweet summer children, with a charmed prime minister who has decorated himself in rhetorical frivolities for the funeral of the beautiful old world.”

Morning-after quarterbacking is easier than the real thing, but its hard to come to any other conclusion. The throne speech represents the agenda of a government that is hanging on, wanting to do certain things for which it has been elected, but not certain how to get there in the midst of minority political realities and uncertain pandemic futures. If the messaging was intended to be a national rallying cry to encourage resolve to work together for a particular visionary future, it failed in its intent. The throne speech and the prime minister’s national address missed its chance to bring key social institutions, such as civil society and charities, family, faith communities, or even organized labour in a grand national project of rebuilding Canada.

If the messaging was intended to be a national rallying cry to encourage resolve to work together for a particular visionary future, it failed in its intent.

While there is likely enough in the speech to win a confidence vote in the short term (bumping the real decision on the need for a federal election to the fall economic statement or spring budget) this is not the agenda-changing document that we were told to expect when the House was prorogued in August.

The turbulent waters of politics as usual drowned out any message about real change.

We need to spend more time and energy in answering that participant’s insightful question and its flipside – how do we protect, nurture, and grow the social fabric of our communities where it already exists? The workshop presenters provided answers to this question in their work: we need spaces desi...

The City of Calgary’s Municipal Planning Commission unanimously passed a series of amendments to the Calgary Centre City Plan on Thursday, clearing the way for the recognition of the role institutions of faith play in the development of the urban aesthetic ...