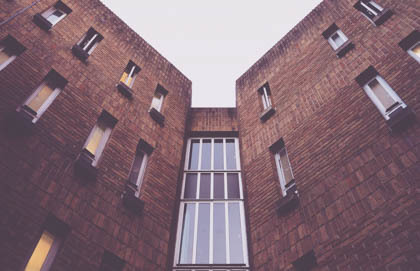 One Saturday evening in March 1988, I was sitting at a table in the restaurant atop the World Trade Center with about 20 other people. The occasion was a dinner with Monsignor Luigi Giussani, the Italian theologian best known for the movement he founded, Communion and Liberation. What with the noise level at our table and the general din of the surroundings, I was almost too shy to ask the Monsignor about a phrase from his book, The Religious Sense, that intrigued me and that I wanted to understand better. I finally blurted out the sentence, almost verbatim, with no specific question:

"religiosity is the single hindrance, limit, confine to the dictatorship of man over man, whether we are refer ring to men and women, parents and children, government and citizens, owners and workers, party chiefs and rank and file."

Somewhere in the midst of that the Monsignor cut me off in his excitement. He stated that this was one of the most fundamental things for us to understand, that without true religiosity there is no freedom, and that "power" would do everything possible to destroy religion as it is the major impediment to power. I understood what he was saying conceptually and I agreed with him, yet I could sense this subtle scepticism deep down in myself. It seemed almost too much to say that only a religious perspective could guarantee freedom in a society. Yet I could not think of any other alternative. Little did I know how important that conversation would become for my understanding of recent events in Quebec that have tried to push faith back from the public square. I am referring in particular to the following:

The ministry of Education,
Leisure and Sport's introduction
of a program called Ethics and Religious
Culture in the school system in 2008

the decision of Minister of Families Yolande James,
last year, not to fund daycares
(which otherwise qualify for state subsidies)
that include faith activities for children

the recent fining of a montreal woman who
booked a hall owned by the Borough of Lachine
for private purposes and used the premises, among
other activities, for worship

Ethics and Religious Culture was presented as a program palatable to both believers and non-believers. In the mid-1990s, Quebec asked the federal government to rescind constitutional protection of Catholic and Protestant school boards. The Ministry of Education argued that the void left by their disappearance needed to be filled. Catholics and Protestants could be satisfied with the fact that religious culture and ethics would be taken so seriously as to be made compulsory curriculum subjects almost every single year from grade one until the end of high school. Secularists could take consolation in the fact that ethics was separated from faith, and religious studies from belief.

That the ministry at the time was up to more than innocent curriculum reform was made clear by the zeal with which it imposed the program. Not only were public schools to teach ethics and religious culture but so were private schools, including religious ones. No student or school would be exempt. Teachers were to conform to guidelines that required that the program be taught from a "neutral" perspective, whatever that meant. At the very least "neutrality" signalled that priests and nuns would not teach about Catholicism, rabbis would not teach Judaism and imams would not deliver material dealing with Islam.

Draconian measures? Things only got worse. When Loyola High School, which my son attended at the time, applied for an exemption from the "neutrality" diktat, then Minister of Education Michelle Courchesne informed the institution that this would not be possible. The goal of the program was "recognition of others and the pursuit of the common good," and Loyola's Jesuit philosophy of teaching was incompatible with such goals. Why? Because the minister said so! The school, under the guidance of Principal Paul Donovan and then-president Reverend Robert Brennan, wisely decided to challenge the minister in court. I was a co-plaintiff representing the parents. Fortunately, Judge Gérard Dugré understood that the minister had overstepped her bounds. In his judgment, he likened her treatment of Loyola High School to the Church's way of dealing with Galileo—an analogy rife with irony.

The case was heard in June 2009. Three months later, the Montreal chapter of the international Catholic movement, Communion and Liberation, was holding what it calls "beginning day" at the Maison des Brasseurs, a lovely historical stone building in Lachine that the borough rents out for all sorts of events, public and private. The En Route Foundation, of which I am president and which supports the work of Communion and Liberation in Canada, rented the facilities three years in a row through its secretary-treasurer, Paula Celani. Seven months later, Celani received a fine in the mail. It appears that in the midst of a lesson, the singing of folk songs and a meal, the group that she had introduced into the building had committed an infraction by celebrating Mass. Among a list of no-go items in small print in the contract is any form of worship. That this had never been brought to her attention (the office forgot to have her initial the page) did not exonerate her. As the judge at Celani's initial hearing in municipal court reminded her, ignorance of the law is no excuse.

Celani had a second day in court, this time with Robert Reynolds, an experienced lawyer in such matters. His argument was that some city administrator had overstepped his or her powers by reading too much into city bylaws. Ms. Celani was charged with having disobeyed the zoning bylaws. The Maison des Brasseurs is not zoned for religious purposes or for worship (activités culturelles, in Quebec). This, however, does not mean that a Catholic Mass cannot occasionally be celebrated or a prayer recited. It simply means that a structure in that zone must not normally be used for those purposes. (I wonder if a priest, rabbi or minister will get ticketed for saying grace before a meal at a wedding celebration on the premises.) 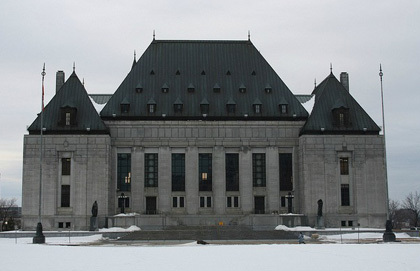 A few months after Ms. Celani committed her "offence," Minister of Families Yolande James came out with a bombshell announcement that by June 2011 Quebec would stop funding any daycares that had religious classes or programs. Her proposal was met with a groundswell of protest from religious groups, daycare centres and parents. Her arguments? Very familiar ones, if you've followed the two previous cases. She says that religious daycares are not amenable to the goals of state-funded daycares, the global development of children and their social integration, including openness to diversity and inclusiveness. On what basis did she make her judgment? Well, as was the case with Michelle Courchesne, and with the administrator in the Borough of Lachine, because she says so. No expertise on such matters? No problem. Just do it by fiat. Time will tell if Minister James is ready to back down on this one, but if she follows past practice among the government, don't bet on that happening.

One might argue that I am being hypersensitive and seeing an anti-religious bias where none is to be found. After all, government is in the business of furthering a vision, developing programs and implementing them. If recognition of others or openness to diversity are publicly stated goals of one ministry or another, then why can they not be pursued effectively by the bureaucracy? If we have zoning bylaws to develop cities in an orderly fashion, then why should they not be applied? Clearly the problem is not the ostensible object of any program or bylaw. The real issue is the implicit intention of those who exercise power and apply laws or administrative rulings.

In the early 20th century, Canadian and American cities passed perfectly unobjectionable bylaws to keep certain commercial establishments called Chinese laundries out of residential neighbourhoods. Through innocuous legislation, the powers that be could achieve their real objective, which was to keep Chinese who resided above the laundries out of genteel quarters. One hundred years later, it seems we are back to square one. Some pipsqueak in the borough offices decides to use a zoning bylaw to keep a group of people from discreetly celebrating a Catholic Mass behind closed doors.

The implementation of the Ethics and Religious Culture program, the proposals on religious daycare centres and Lachine's treatment of Paula Celani can all be seen as part of the onslaught against any meaningful public expression of a religious position in Quebec. There is no discrimination against a religious perspective as long as it is restricted to the private sphere. However, an important word of warning to the province's laÃ¯cistes, or advocates for a secular society: the threat to free, open religious expression is ultimately an attack on human freedom and true democracy.

Those who are called to serve in political or administrative positions are either motivated by a genuine concern for their fellow citizens and society or by power. There is nothing in between. If power is the driving force, its sole motive is to beget more power. Nothing must stand in its way, especially the religious perspective that recognizes a human being's dependence on a higher power.

In order to tame that perspective, politicians and administrators must resort to extraordinary measures. The Minister of Education, Leisure and Sport decided on her own, with no apparent reason, that a Catholic high school following a Jesuit teaching philosophy was unable to deliver the equivalent of an Ethics and Religious Culture program according to ministry norms. The minister of family services decided on her own that a religiously based daycare centre is unable to educate a child to be open to diversity. An official in the Borough of Lachine decided on his or her own that a bylaw to prevent construction of a place of worship on a given property means that no one shall ever openly pray on that property. Yes, there are important issues of freedom of religion and freedom of expression looming in the background, but more immediately we are dealing with abuse of power â€“ ministers and administrators who are overstepping their bounds and posing a serious threat to freedom and democracy in a secular society.

As citizens, we have a choice. We can go with the flow and feed this power, or we can stand up to it. Many religiously based schools in Quebec did not challenge the minister of education as Loyola did. Some of these schools decided that they would offer their programs in religious culture from their own religious perspective and pretend they were following ministry norms regarding neutrality. Other schools just quietly teach something else instead.

What are we to make of this? The ministry itself seems to be more concerned with conveying the impression that it is in control than with furthering one of its stated objectives.

This is not a small thing. Lives of citizens are disrupted by such antics, all in the name of power, which is all the more reason to challenge that abuse. We don't challenge it only to carve out a little spot for believers in the public square. We stand up to exploitation of power for our good and the good of all our fellow citizens.

Only a religious position where one has nothing to lose because one depends on a higher power, God, and is therefore truly free â€“ only such a position can guarantee true freedom in society before a power that ultimately exists for its own sake. Little did I know at the time what an important lesson I had been taught atop the World Trade Center.