I have had the pleasure of visiting Edmonton three times in the past year, visiting key researchers of religious life in Canada and members of religious communities. Edmonton, and Alberta generally, has had a long and distinguished history of apostolic religious dedicated to education and health care. However, like so many other Canadian apostolic religious—that is, those dedicated to works of service to Church and society—they face the loss of traditional places for activity and their members are growing old.

During my second trip to Edmonton, I spoke with a representative of the Covenant Health consortium of hospitals. Covenant Health is the inheritor of all Catholic hospitals in Alberta and at the time retained a priest on staff who served to keep alive a Catholic vision for health care in its member facilities. He told me with great enthusiasm about a project he led to build a memorial in front of the Alberta Legislature that would be a fitting honour to the many sisters who served in the various Catholic social institutions. Crafted by a talented local artist, a larger-than-life bronze statue of a Catholic nun was to bring perpetual attention to the public importance of religious in Alberta history.

During that trip, on a Saturday in late May, I made my way to the beautifully manicured grounds of the Legislature. It so happened that hundreds of high school graduates were circling the fountains and posing on the stairs in their tuxedos and pastel prom gowns. At first I couldn't find what I was looking for—those many young people in the habits of secular success blocked my view. However, as I continued my walk, I happened upon the noble sister in bronze, gazing through a pane of stained glass in her hands, with the title "Service in Christ."

I stood in front of this silent witness to generations of religious service—a witness to one who called so many other women, not much older or more experienced than the prom-goers gathered a few steps away. Yet, what did everyone else see? Was this statue, which had engraved on its pedestal the names of all the religious congregations that had served in Alberta, enough to remember religious?

Memory is a complicated thing. Everyone knows that our memory often plays tricks on us—changing our experience of the past in ways we don't even realize. In a box of photos at my parents' house, there is a picture of my brothers and sisters perched on a slide in a park in London, Ont. I once expressed to my mother my vivid recollection of how much fun it had been to play with them on that slide. "I highly doubt you remember that," she said, with a grin on her face, "because that was the day I was at University Hospital giving birth to you!"

I have often wondered how that picture became part of my story even though my story independent of my mother had yet to begin. This tells me something about the reliability of my memory, but also something about how humans construct stories out of memories that aren't necessarily their own.

Canadian philosopher Theodore Plantinga, in his book How Memory Shapes Narrative probed this link. His argument centred on a "redeeming" of the past and how it ought to be understood. His thesis was that the past can be redeemed or changed not just on the level of narrative, but also on a deeper level. He argued that additional actions are often grafted to a story in such a way as to justify a new narration of the events taken together. Plantinga's point as it relates to my story is that though I had no way of knowing about my siblings playing on a slide the day of my birth, I have added that memory based on a photograph, thus, in a way, enriching my history. In the case of my story, despite being so sure of myself, I was simply wrong. In the case of many stories, however, we can arrive at narratives that are complex, representing history in a stylized manner.

Plantinga's point about narratives can help us understand what is going on as communities of religious plan for their memory to live on and become part of the narrative of a society that might have little or no direct memory of them. In a sense, they will "propose" memories of themselves that the surrounding culture can include in its own histories. Certainly, these proposed memories are not the only ones: religious have often been "remembered" in television, films and books. These memories might have little to do with reality, but they have been grafted, for better or for worse, onto the narratives of what religious life means in our society. 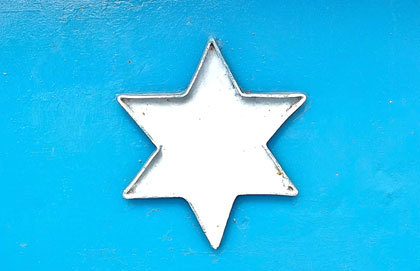 When Law Makes Room for Reality
The Death of Religious Life in Canada
Publisher's Letter: The Ultimate Ends of Advent Memories

Proposing memories, we argue, is not a phenomenon of religious in one region of Canada—it is being done by communities across the country that are rapidly growing older. Consider the retirement home, park, sculpture garden and museum on the former grounds of the Ursuline convent of Roberval, Que. The idea is that this space will continue to be the heart of civic activity for families and the aged for the next generations. In this way, the Ursuline name will continue to live on in Roberval as one that offered itself for the community.

Many other religious communities have used their resources for initiatives in secular society. For example, several religious institutes of sisters in New Brunswick have set up generous endowments to public education, a sister told me, to continue their legacy in the coming generations. Since these sisters were so long involved in education, their remaining members thought it appropriate to make long-term investments in the same institutions in which they had worked, especially to make higher education affordable for the marginalized. The distribution of money becomes part of the larger history of the order.

No doubt, the groups that make up the Covenant Health network see the merit of this investment in civic life. Besides the statue before the Alberta Legislature, the directors of Covenant Health remember the service of these sisters at every board meeting. On the wall of their boardroom is an amazing quilt depicting the history of the diverse communities that have worked in health care in Alberta. Though the quilt, titled "A Bold Journey," was created "to honour the Sisters who came to this land to found hospitals," there is a clear sense that it is also there to help the board of Covenant Health remember to work in the same spirit as the sisters once did.

Consider the new building of the Ursuline Sisters of the Chatham Union in Chatham, Ont. It is one of the greenest in the region, following the gold standard of the Leadership in Energy and Environmental Design. On my visit this past year, Sister Joan Stafford was rightly proud of the building as she showed me the many features of its energy-saving systems.

The building, which will far outlive the current residents, is a testimony to the sisters' understanding of care for God's creation. To highlight this eco-consciousness, the sisters are also offering a bursary for Canadian women to study eco-spirituality. As their website states: "We want to take responsibility for the Earth by living out an Eco-spiritualityâ€¦ moving toward wholeness" (http://www.ursulines.org).

So, how should memory be constructed? What does a statue, a quilt, a bursary or a building do for the ongoing presence of religious communities in a culture where they are all but forgotten?

A cynic would say that these initiatives might draw attention to what so many of these sisters and brothers did not want: themselves. That is, the importance of these religious is not their heroism, their dedication, their boldness or their prophetic consciousness. Rather, their importance lay in their humble service out of the limelight. Are these religious and their supporting communities really doing service to the memory of these orders by drawing attention to priorities that might not have guided their foremothers and forefathers?

A more munificent observer might suggest that far too little is being done. Where are the statues and parks and quilts honouring the work of the sisters and brothers in other cities and towns across Canada?

In any case, memory is being created. And religious institutes are integral in shaping the way they want to be remembered. As the narrative of religious life in Canada changes in this generation, it will be instructive to note new "memories" that are being added to help us to remember their stories.

Seriously, I swear I was on that slide in that park in London when my mother was giving birth....

When Law Makes Room for Reality

The Death of Religious Life in Canada

What will bring new life to religious communities in Canada? What "deaths" must happen, Jason Zuidema ask, for that new life to arise?

Is not childhood the time in our lives, replicated perhaps only at the very end of life and at moments of deepest spiritual awareness, when meaning actually comes before information? Don't we, if we are Christians, know the crucial importance of a Baby Jesus even if we're unclear on the logistics of what a Baby Jesus is or where to find him?