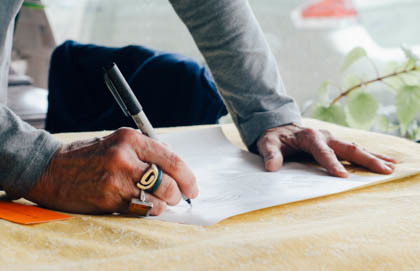 A leading academic from McGill University in Montreal has turned up the heat on the University of Toronto for its treatment of dissident psychology Professor Jordan Peterson.

Douglas Farrow, McGill’s Professor of Christian thought and holder of the Kennedy Smith Chair in Catholic Studies, lambastes U of T administration in an open letter for trying to “compel [Peterson] to adopt the linguistic habits of those with whom he profoundly disagrees,” namely transgender activists who want to be addressed by their pronouns of choice.

Farrow’s letter was sent last week to the U of T’s Dean of Arts and Sciences, and has been circulated to a network of academics and those concerned about perceived mistreatment of Professor Peterson.

Peterson set off a firestorm in mid-October when he vowed to defy an administrative edict that he refer to self-identified transgender students and staff using only language acceptable to them.

In a written warning to Peterson, Vice-Provost Sioban Nelson and Dean of Arts David Cameron said failure to comply with the order to call transgender individuals by their preferred pronouns was illegal, emotionally painful and risked promoting violence against them.

Farrow’s riposte contends it is Cameron, Nelson and other U of T administrators who risk undermining academic freedom and turning universities into glorified daycares.

“Many things are said that this group or that, on campus or off, finds ‘unacceptable, emotionally disturbing and painful.’ What of it? Were we to suppress intellectual differences for that reason, we would never be able to say anything significant. We would be, not a nursery and testing ground for ideas, but just a nursery for the infantile,” writes the author of such provocative books as Nation of Bastards, Divorcing Marriage and Desiring a Better Country.

Farrow rejects the claim that human rights law requires use of transgender-approved pronouns. Even if it were the law, however, university leaders would have to defy it as an affront to freedom, he argues in the letter to U of T’s Dean of Arts.

“We no longer feel that the University of Toronto is a place where students are free to share their ideas without risking being aggressively silenced, insulted, assaulted and slandered,” they write.

“Were it the [law], you and [Peterson] would be living in a tyranny. Would you not join him in fighting such a tyranny? You and your colleagues in administration have a grave responsibility to uphold the intellectual freedom of the university, without which it cannot thrive or even sustain itself. A university is a university by virtue of its common pursuit of the truth, and the truth is not always palatable.” 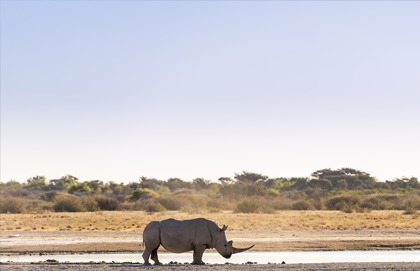 In a follow-up interview with Convivium, Farrow added he takes little comfort in U of T administrators subsequently offering Peterson the opportunity to have a closed-door debate with those who insist he adopt their preferred terminology. Instead, he said, the administration should have let both Peterson and those who differ with him settle the issue themselves.

“The trouble is these groups try to bully the administration into bullying the people they don’t agree with. I think it’s terribly sad the U of T administration is apparently fairly easy to push around. It doesn’t seem to me this is something that should concern the administration in any way. They should have said from the start: ‘It’s not our problem. Go ahead and have your debates. It’s not for us to solve.’”

Farrow’s letter is part of growing backlash against what many perceived as a weak-kneed response by the U of T to demands from aggressive “gender fluidity” activists.

In a recent op-ed, Cardus Family Director Andrea Mrozek wrote that it’s an error to think the issue is even about sex and gender. In fact, Mrozek argued, it’s entirely about freedom.

Acerbic National Post columnist Rex Murphy also ripped a strip off the U of T administration last week for trying to force Peterson to use “ersatz pronouns, a batch of neologisms (ze, zim, zer and a raft of others in place of he and she) coined by progressive groups” who want to eliminate the “archaic” concepts of man and woman.

“Is the university seriously claiming, by inference or direct assertion, that because a professor has freely chosen not to speak a set of freshly made-up words that others insist he speak, that others, because of the professor’s intellectual dissent, have really been made targets of ‘assault, injury, and death threats’?”

“Has the University of Toronto been moved to Iran now, that such things happen?” Murphy demanded.

Mirroring leading academic Doug Farrow’s letter, U of T students themselves have banded together to publish an open letter lambasting the administration’s failure to discipline activists who aggressively disrupted a public talk Peterson was delivering in mid-October.

“We no longer feel that the University of Toronto is a place where students are free to share their ideas without risking being aggressively silenced, insulted, assaulted and slandered,” they write.

“As citizens of a democratic society and members of your institution, we deserve the right to free speech and fair treatment. We deserve to have an administration that cares about all students equally and takes a nonpartisan approach when conflicts between various student groups and interests inevitably arise.

The University has failed to protect their students from violence, bullying, racism, sexism and slander. We are speaking up – we need you to listen. What’s happening is fundamentally wrong, and against all values of this institution and of Western, liberal democracy.”

For his part, Farrow says such outspokenness is exactly what’s needed to counter the current tide of what he sees as activist bullying. He would like to see those voices coming from off-campus as well.

“The more people say things like I’ve said in my letter, the better. I’m disappointed that so many ordinary citizens just keep their heads down. If they didn’t, they wouldn’t need to walk around in fear.”