The abuse of power by the prosecutorial State is an ongoing concern here. The use of the most fearsome State powers—seizure of persons and property, and the forfeiture of freedom—should be vigilantly scrutinized by all those who love liberty. The doleful effects of the law-and-order agenda are manifest in the United States, with its harsh sentences and onerous trial system leading to near universal plea bargains. But the United States is not alone. In Japan, the conviction rate is 99 per cent, and most are secured by confessions. Unsurprisingly, many people who are innocent actually confess under duress. Reports Mariko Oi of the BBC World Service: "[W]hile the Japanese police and prosecutors are not widely accused of resorting to more aggressive forms of interrogation such as torture, no one outside the small interview room really knows what happens inside because suspects’ interviews take place behind closed doors—without an attorney."1 Wrongful convictions are now coming to light in Japan, just as there has been a parade of them in both Canada and the United States. An innocent man may have—perhaps—a chance in open court. He has none in the secret interview room.

We have given serious attention in this issue to financial sector reform, and the respective contributions that can be made by regulation, business education, and the moral and ethical tradition. We were certainly proud that our new journal hosted Mark Carney and Roger Martin. The May 3 conversation that we led in Toronto is one that is gathering force around the world. In the Vatican, for example. "We have created new idols," said Pope Francis in a May 16 address to new ambassadors. "The worship of the golden calf of old (cf. Ex 32:15-34) has found a new and heartless image in the cult of money and the dictatorship of an economy which is faceless and lacking any truly humane goal. The worldwide financial and economic crisis seems to highlight their distortions and, above all, the gravely deficient human perspective, which reduces man to one of his needs alone, namely, consumption. Worse yet, human beings themselves are nowadays considered as consumer goods which can be used and thrown away. We have started a throw-away culture. This tendency is seen on the level of individuals and whole societies; and it is being promoted!" To hear a pastor preach against a materialist understanding of the human person is not new. Pope Francis, however, made some more particular remarks about the financial sector, and the role of money—topics addressed at our Convivium discussion in Toronto. "This imbalance results from ideologies which uphold the absolute autonomy of markets and financial speculation, and thus deny the right of control to States, which are themselves charged with providing for the common good. A new, invisible and, at times, virtual tyranny is established, one which unilaterally and irremediably imposes its own laws and rules. Moreover, indebtedness and credit distance countries from their real economy and citizens from their real buying power. Added to this, as if it were needed, is widespread corruption and selfish fiscal evasion which have taken on worldwide dimensions.… There is a need for financial reform along ethical lines that would produce in its turn an economic reform to benefit everyone. This would nevertheless require a courageous change of attitude on the part of political leaders. I urge them to face this challenge with determination and farsightedness, taking account, naturally, of their particular situations. Money has to serve, not to rule!"

The relationship of money—of the financial sector as a whole—to the real economy of goods and services, producers and consumers, innovation and technology, and, yes, people, is something that clearly worried both Carney and Martin in our discussion. The financial sector is a means to the end of a productive economy, said Carney, not an end in itself. Martin was even more severe, categorizing a vast array of financial sector activity as economically harmful. To this the Pope adds the concept of "fiscal evasion," insofar as heavily indebted States take flight from the reality of their economies through profligate borrowing and spending. That the financial crisis had its roots in the "unreality" of its activity, its separation from real people and real production, is a potentially fruitful mode of analysis for Christian thinkers. The heart of the Christian vision of the social order is the creativity of the human person, fashioned in the image of God, in a world made more real, not less, by the Incarnation. Theology therefore has much to contribute to authentic financial sector reform, and a more humane economics. I do not know whether Pope Francis followed our Convivium discussion a fortnight before his remarks on the financial crisis. But even if the Holy Father did not, wouldn’t you want to be part of a discussion that stretched from Bay Street to the Holy See in just the month of May alone? Time to renew your membership, and tell your friends that Convivium is what they need in order to understand what both popes and central bankers are talking about.

The European Court of Human Rights in Strasbourg is an endlessly fascinating adventure in jurisprudence, as it deliberates on how human rights are to be respected in almost four dozen countries with different histories and legal traditions. It requires an exacting legal mind to determine, for example, that a British Airways check-in clerk is permitted to wear a small cross, as it does not affect health and safety, but that a nurse in Exeter can be prohibited from wearing her cross on the grounds that it does.2 One wonders why two British women are litigating this in Strasbourg to begin with, as it would seem the 800-year tradition of English human rights law might be able to handle it. Could it be that the Strasbourg judges have a developed view on how health-and-safety compliant a small cross must be? Does it matter what it is made of, or how often it is washed, or whether it is on a short or long chain? A more basic question is why English employers are not embarrassed that they can’t, or won’t, find a generous way to accommodate their Christian employees without recourse to France? 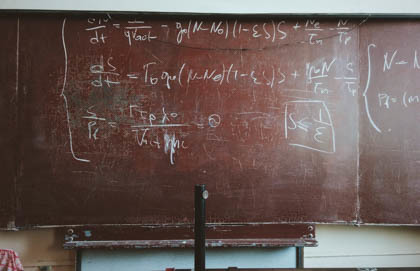 The Court in Strasbourg might usefully occupy itself with matters rather closer to home. The government of President François Hollande announced last December the creation of a National Secularism Observatory to ensure that groups, including religious ones, are sufficiently compliant with the laïcité that is at the heart of the French approach to faith in common life.3 What might a court of human rights think about a national agency to monitor religious groups to ensure that they are, well, not too religious, or at least not insufficiently secular, or perhaps to put it more bluntly, supine before the State? One expects that the creeping totalitarian State will escape attention while the Court is occupied with determining the allowable size of nativity scenes in Bavarian breweries.

Hamilton is, well, Hamilton. It’s not the major city in Ontario, nor is it Ontario’s most historic and pleasant city. That would be Kingston, just across the water from Wolfe Island, where your faithful scribe is wise enough to live. So the good people of Hamilton hired a consultant—a very 21st century solution—to improve Hamilton’s image, if not Hamilton per se. Public relations firms are good at that sort of thing, and so Dialogue Partners, based in Ottawa, got to work. They posted a fetching picture of a venerable courthouse, but it turned out to be in Hamilton, Ohio. They had a clever T-shirt that said "Hamilton pop. 354." Whoops, that would be Hamilton, Washington. High-priced help doesn’t come cheap, and the City of Hamilton (Ontario) forked over $376,000 for the campaign.4 What a shame for Hamilton taxpayers. For a fraction of that, we would have told them that the best thing about Hamilton is that our Cardus office is there, filled with bright people who veritably exude the young, hip vibe of which Hamilton is so desirous. For an extra 10 grand, we would have even put it on a T-shirt

Hamilton taxpayers got off easy. Consider the poor folks in Timmins, Ont., home of the Shania Twain Centre. Governments at all levels dropped $10 million on building the supposed tourist attraction in 2000, and $1 million a year keeping it open since.5 The City of Timmins, population 47,000, has been on the hook for almost $350,000 annually. The centre closed on February 1 and will be torn down to become part of an open-pit gold mine. Fancy that, a mining project in Timmins! Shania has recently decamped to Las Vegas, where she has a multi-year gig. What happens in Vegas stays in Vegas. What you build in Timmins? Not so much

One Canadian who knows the joys of both Kingston and Wolfe Island is Don Cherry. He was out in Halifax, where he met Owen Gale, a five-year-old boy with spina bifida. Owen is such a big fan that he dressed up like Grapes for Hallowe’en. Cherry had not been told the boy was eager to meet him, but the little guy came to the arena and got Cherry’s attention, and a heart-warming encounter followed.6 Commenting upon the unarranged meeting, Grapes told this to a TV reporter: "The Lord works in mysterious ways, His wonders to behold." The lines from the William Cowper hymn, "God Moves in a Mysterious Way," left poor Colleen Jones at a loss. "Or social media does," she added, even though the whole point of her story was that Grapes doesn’t follow it. There is nothing much mysterious about new media, even less so about old media’s incapacity to get religion.

They get religion at Regent College, where their president, Rod Wilson, examines the pros and cons of shifting their fine publication, The Regent World, from print to online. "On the one hand... while the digital version will continue to follow a predictable cycle, some pieces of content that are newsworthy and time-sensitive can be posted in between issues, which will increase the relevance and timeliness of our content. On the other hand... one of the problems of our culture is its sheer speed and demand for immediate gratification, a phenomenon that is only made worse by moving away from print." It’s a question all publications face, and one that those concerned with the presence of enduring things in a transient culture worry about more than most. We wish our friends at Regent a successful transition to the world of passing images, hoping that their good ideas will endure. As for us at Convivium, we have a different answer—and therefore need the support of those who still desire a quality print publication. Time to renew those memberships—and give them to others who would like to hold this magazine in their hands

The Truth is Freedom

Is the prevalent sale of human bodies a real-time consequence of reducing human freedom to ideology?